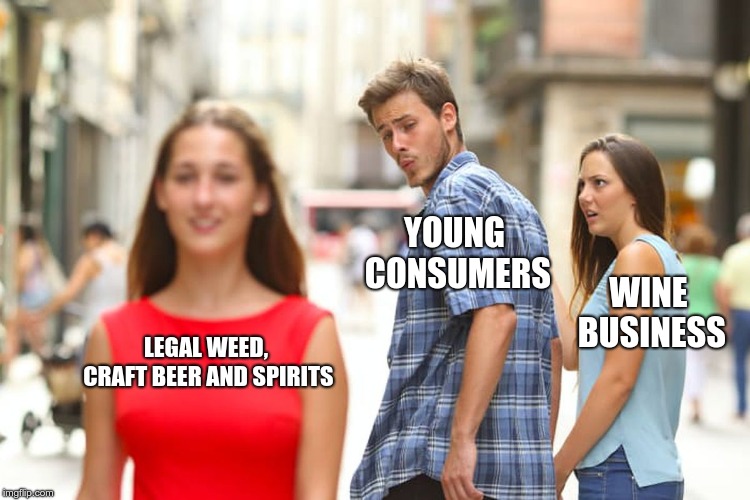 The distracted boyfriend meme pretty much sums up the last five years or so on the blog, doesn’t it? Who knew the Wine Curmudgeon could get so young people — or be as hip as Dolly Parton?

Because, as a friend of mine put it the other day — and he is one of most optimistic wine people I know — it looks like the Golden Age of wine that we enjoyed for the past 20 years may well be over.

“It used to be that winemakers valued terroir, now it’s all about moving merchandise off of shelves,” he wrote me in an email during a discussion about yet another travesty of winemaking. “That is not a groundbreaking revelation. But that goal, sales at any cost, is now the driving force of the industry. It was our naive belief that with the rise of Big Wine many labels were brought into the mix so that many different palates could be satiated. Which is the opposite of what happened, and it has turned into a nightmare for anyone who cares about wine.”