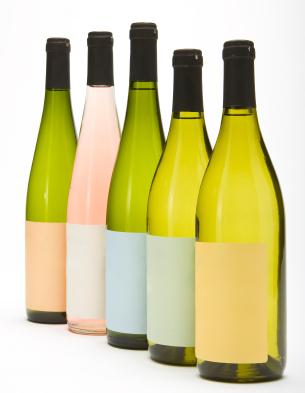 ? Handmade matters: Or so says a federal judge, ruling in a lawsuit challenging the validity of calling a multi-million case vodka “handmade.” Judge Jeffrey Miller, writing in a Tito ?s ?Handmade ? Vodka case, said that consumers have a right to expect a label — and the words on it — to mean something if the label has been approved by a regulatory agency. His decision means the case will continue towards trial, so any decision is a ways off. In fact, the blog’s liquor attorney told me he thought the judge overstepped here. Still, as has been noted on the blog before, this is yet another warning for the wine business to clean up its label act before the class action lawsuits begin.

? A lousy investment: The Wine Curmudgeon has always been baffled by the growth of wine as in investment, and now someone who knows much more about making money than I do has explained why. My pal Joe Roberts writes: “[I]investing ? in fine wine (in terms of hoping it will accrue in value, and that you will actually be able to realize that gain) is basically a really, really poor way to utilize your money. … [I]nvesting in any collectibles or commodities is, frankly, a joke.” He points out, in terms of risk mitigation and diversification, that wine investing in no way compares to a mutual index fund, making it little different from roulette or blackjack.


? UK minimum pricing: British doctors are convinced that raising the price of liquor will reduce alcoholism, using something called minimum pricing. Under one plan, this would raise the price of a 2.99 bottle of red wine (about US$5) 3.76 (about US$6). The British government is expected to announce its plan this week. What ?s interesting about this for U.S. wine drinkers is that some states already have some form of minimum pricing, but not necessarily as a health measure. Rather, it ?s part of the three-tier system, and is more law enforcement than anything else. When Americans want to deal with the health aspects of sin, we tax it, whether strip clubs or cigarettes.

? Ricky Ricardo wine? For all those men who forget anniversaries, birthdays, and the like. Or so seems the idea from the Safeway grocery store chain, which has launched a line of gift-wrapped wines. Because, frankly, can you imagine anyone else going to the grocery store store at the last minute to buy a pre-wrapped bottle of wine to give as a gift?

? Don ?t drink those assets: The latest academic study finds that investing in wine is ?is superior to equity, as it gives both higher return as well as lower standard deviation. ? My math isn ?t good enough to follow the entire discussion, but before we take our 401-Ks to the Live-Ex market, it ?s worth noting there are only 17 years of data in the study. Which, of course, coincide with the wine investment boom but take in the last two recessions.

? New French president drinks wine: Not as odd as it sounds, since his predecessor preferred Coca-Cola, reports Decanter. Still, there are some doubts as to whether the newly elected Francois Hollande will be much of an improvement over Nicolas Sarkozy, given the state of the beleagured French wine industry. Said a trade group spokesman: "…Neither candidate ?s manifesto detailed anything with precision concerning our industry, so we will have to wait and see. What French winemakers really needs is for the economy as a whole to bounce back, and for that I am more hesitant." Still, as the Wine Curmudgeon is fond of saying, a president who drinks wine, as opposed to one who doesn't, is going to be better for the wine industry regardless.

? The regional wine gold rush: No less than Mike Dunne, one of the preeminent California wine writers, has seen the future of the wine business and detects regional wine in it: "If you routinely drink California wines, such as chardonnay and zinfandel, a "marechal foch" from Wisconsin or a "norton" from Missouri initially may startle you. Give it another sip. You just may find something in the glass that grows on you, in a pleasant way." He also has a few words of wisdom for those, including California winemakers, who judge regional wine before they taste it. Which made the Wine Curmudgeon smile.

? Wine investment index sinks: Or, as too many of us forget, wine is made to dirnk, not as a way to make money. The Lix-ex Fine Wine 50, an index similar to the Dow Jones Industrial Average for wine, continues to slide. The blog that I linked to, which tracks wine investments, is fun to read. Or depressing, depending on your point of view. Honestly, do people really think they can make more money investing in Sauternes than in real companies?

? Whither organic wine? Dave Falchek looks at organic wine, and offers new perspective on something that has raditionally been much less important in wine than elsewhere. "Once the vinous equivalent of an unkempt grunger, these wines now have more polish. There has never been a larger array of eco-sensitive wines." He also offers an interesting take on the differences between conventional, organic and biodynamic wine.

? Looking for a tax shelter? Think wine — or so suggests this website, run by a group called Premier Cru, "Europe's leading fine wine investment house." There is even a chart comparing an investment in wine to the leading stock exchange indexes since 2005, and guess what? Wine has done better. This assumes, of course, that you don't drink the wine you buy, which opens up so many metaphysical questions that it makes the Wine Curmudgeon's head hurt.

? The Greek wine crisis: The country's wine business has collapsed, along with the rest of the Greek economy. Wine is being sold below cost, and consumers are shifting to less expensive bulk wines. Why does this matter to Americans? Because the European financial crisis has softened demand for wine throughout the continent, lowering prices. And lower prices in Europe could well affect wine prices here, as Greek, Spanish and Italian producers look to dump in the U.S. that they can't sell at home.