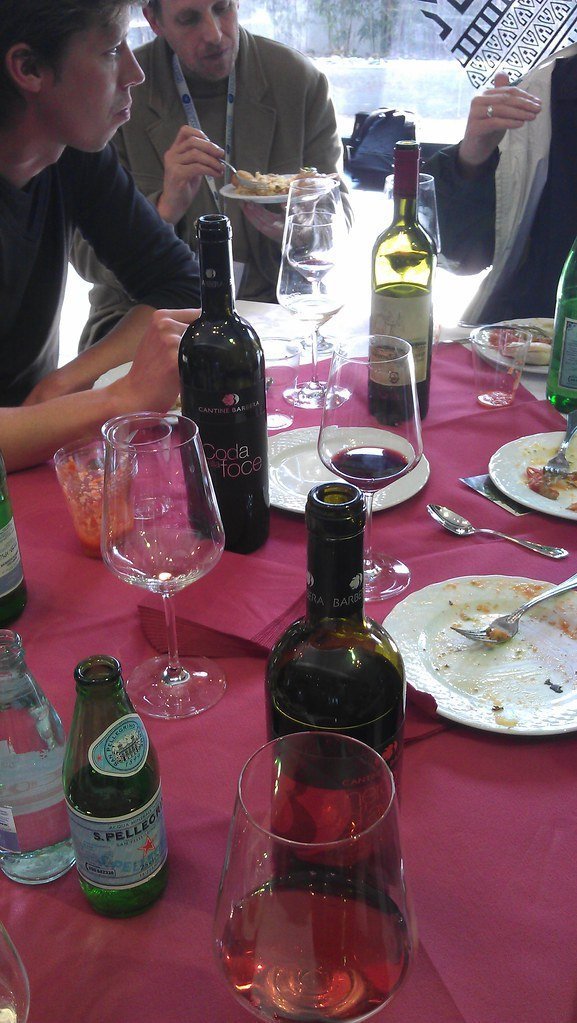 “Who needs this stuff? Let’s buy more expensive California wine, because that’s what the Americans say we should do.”

Taxing European wine, and the economic fallacy behind the Jackson Family Wines proposal

Know two things about the proposal by the man who runs Jackson Family Wines to put up a tariff wall to keep cheap European imports out of the U.S.:

First, Barbara Banke, the chairwoman of Jackson Family Wines, told Wine Business Monthly in February: The wine business “seems tougher this year and it probably will be tougher next year. It doesn’t seem like it’s as easy as it was.”

Second, the suggested retail price for the company’s flagship product, Kendall-Jackson chardonnay, is about $17. But you can find it for $10 or $12 without too much trouble, which no doubt causes much consternation at company headquarters.

Is a pattern emerging here?

The Jackson Family proposal for taxing European wine has nothing to do with free trade, the so-called “level playing field,” or any other political rhetoric. It has to do with profit – Jackson doesn’t want to sell $10 wine, so it doesn’t want anyone else to sell it, either.

Which I completely understand. I don’t agree with it, but I understand it. So why hide the company’s true intentions behind complaints about unfair trade? Because who would agree to tax $10 European wine to protect one company’s profits? Hardly anyone who doesn’t work for that company.

Which brings us to the Wine Curmudgeon’s wine supply and demand primer. California’s role in the world wine market is important certainly, accounting for about 280 million cases a year. But it’s not as important as Californians like to think.  The French, Spanish, and Italians combine for almost 1.8 billion cases a year, while the total production of Chile plus Argentina is some 11 percent higher than California’s.

So what makes anyone think that the so-called “level playing field” would change anything? The rest of the world already has plenty of wine of equal quality and that will probably still cost less, even without the offending tariffs and subsidies. Why would a European buy €15 or €20 California wine (assuming anyone in California could sell it for that little, given California’s pricing structure) when they could still buy €8 or €10 European wine in the supermarket?

And this assumes that California can somehow produce enough wine to export. Which, as I mentioned in the first post, it doesn’t. We drink almost all the wine made in the U.S. in the U.S., and that doesn’t look to change anytime soon. They’re pulling out vines in California, not planting new ones to sell cabernet sauvignon to France and sauvignon blanc to Chile.

So there may not be much demand in the rest of the world for California wine, even if there was enough supply to export it, tariffs or no. The Jackson Family proposal ignores those basics, because it doesn’t help their argument.

Fortunately for those of us who care about wine and not wine company profits, I’m here to make sure those basics aren’t ignored. 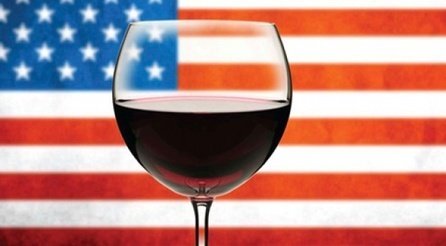 “Buy California wine — or else!”

No, that’s not a Wine Curmudgeon joke – it’s a proposal by the man whose company makes Kendall Jackson chardonnay

No, this isn’t a Wine Curmudgeon April Fool’s post. It’s as true as it is unbelievable: A top U.S. wine executive wants to tax wine so that most of us can’t afford to buy it.

Rick Tigner, the CEO of Jackson Family Wines (home to  the legendary Kendall Jackson chardonnay), told a wine industry meeting last week that California can no longer afford to produce cheap wine. Hence, the federal government should tax wine imports because “we need a better, higher pricing structure.” In other words, $10 European, Australian, New Zealand, and South American wine should cost as much as California wine — because, of course, California wine.

Yes, that was my reaction, too. Wine consumption is flat and young people don’t seem particularly interested in it. So the man who runs one of the most important wine companies in the country wants to make wine even more expensive? That makes tremendous economic sense, doesn’t it? Let’s price wine out of the reach of most consumers, and our business will be even more successful.

The story was so incredulous that I almost called the reporter who wrote it to ask him if something had happened during Tigner’s speech. Was Tigner struck by a bolt of lighting? Was there an invasion of body snatchers? Does he have one of those evil soap opera twins?

I wasn’t the only one who was dumbfounded. A European wine analyst told me she was surprised a leading wine company official would say something like that. A Napa wine marketer said it was just one more example of California arrogance — because, of course, California.

Tigner overlooked two things (besides the most basic laws of supply and demand):

First, 95 percent of U.S. consumers won’t pay more than $20 for a bottle of wine – perhaps my favorite wine statistic, courtesy of the Wine Market Council. So who is going to buy all the expensive wine that tariffs will give us?

Second, Tigner can complain that other countries tax California wine unfairly as much as he wants, but that’s irrelevant. U.S. wine exports measured by cases (mostly from California) are insignificant – barely more than 10 percent of what we produce each year. That’s because we drink almost all the wine made here, so there isn’t much left to sell to the French (assuming they would want it). In fact, U.S. wine exports are so trivial that two of our biggest markets are Nigeria and the Dominican Republic, countries not usually associated with wine culture.