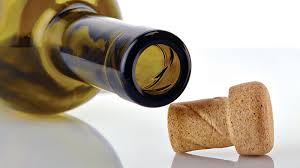 • No boxes, please: Box wine, despite its increasing popularity, remains a minor part of the wine business. It accounts for just four percent of wine sold worldwide by volume; box sales have declined in Australia, one of the few places where it’s popular; and younger wine drinkers prefer bottles to boxes. One expert thinks he knows why: The technology was developed for battery acid, and producers treated the wine they put in boxes much the same way, using it for lower quality products.

• Parsing the wine drinker: A study has divided U.S. wine drinkers into six groups in one of those exercises that only marketing types can understand. The study uses terms like social newbies and premium brand suburbans to divide us by age and demographics. As near as I can tell, the idea is that younger wine drinkers are more adventurous and older wine drinkers buy the same brands of chardonnay and white zinfandel over and over. Which, of course, isn’t all that new; perhaps it means something the marketing gurus in the audience?

• Restaurant wine trends: Of which there aren’t any in 2019, if this forecast from a restaurant consultancy is accurate. It lists 13 trends for next year, including higher prices, new spins on Asian food, and “motherless meat.” But it doesn’t say one thing about restaurant wine, which makes perfect sense given what we’ve seen of restaurant wine over the past couple of years. So don’t expect the conundrum that is restaurant wine — higher prices, mediocre quality — to be solved anytime soon.

? Costco’s Peters speaks: Annette Alvarez-Peters, who buys alcohol for the Costco warehouse chain, is one of the most important people in the wine business; as such, she rarely gives interviews. Hence my surprise at an interview with the Shanken News Daily trade news service, even thought it’s short and Alvarez-Peters doesn’t say all that much. What’s worth noting is how much of its private label wine Costco sells; its Kirkland pinot grigio and cabernet sauvignon are two of the chain’s biggest sellers, both at less than $10 a bottle. That consumers will drive to Costco just to buy its wines is mind-boggling in the day of the Great Wall of Wine. Most retailers would kill for that kind of loyalty, which they’d have to do because they don’t know how to get it any other way. The other reason to mention this? Because a Costco piece that ran on the blog in 2012 is the second most popular post , based on one-day visitors, in blog history. Shoppers don’t just want to go Costco — they want to read about it.

? Who drinks wine? The Wine Market Council has updated some of its numbers, and the results are intriguing. If you’re a high-frequency wine drinker (you drink wine at least once a week), you’re more likely to be married than if you drink wine less than once a week, the occasional wine drinker. High frequency wine drinkers are older, 51-44, than occasionals, but it’s not like either of them is young. The latter makes perfect sense given the wine business’ inability to understand it should try to sell wine to people other than old white guys. Note to advertisers: the blog’s demographics skew younger than that, no doubt because I write about wine that younger people can afford.

? Examine that spending: The British spend about 1 billion (about US$1.6 billion) more on illegal drugs and sex each year than they do on wine and beer, according to a just-released UK government study. That works out to about 260 (US$422) per adult. I don’t know whether that’s a lot of money for dope and whores, but I think the numbers are a little dicey. The average adult in the U.S. spends about $150 a year on wine (based on 242 million adults and $36.3 billion in wine sales, per the Wine Institute) and $413 on beer (based on $100 billion in beer sales, per the Brewers Association). That a country with a pub culture spends less per capita than we do on beer and wine is hard to believe, which makes me think the drugs and sex number should be higher. By comparison, I spend nothing on the latter and some US$2,500 (about 1,500) annually on wine, which doesn’t include other booze or restaurant wine purchases. I’ll let you draw your own conclusions about that.

Or, as my pal W.R. Tish phrased it in the headline for my story in Beverage Media magazine: ?Boom go the Millennials ?.

The wine business has mostly accepted that the Millennials, born between the early 1980s and the early 2000s, are here to stay; I hardly hear any grumbling about parent ?s basements anymore. And, as John Gillespie, the president of the Wine Market Council has said many times, anyone who doesn ?t pay attention does so at their own peril.

The story is here. Some of the highlights after the jump: