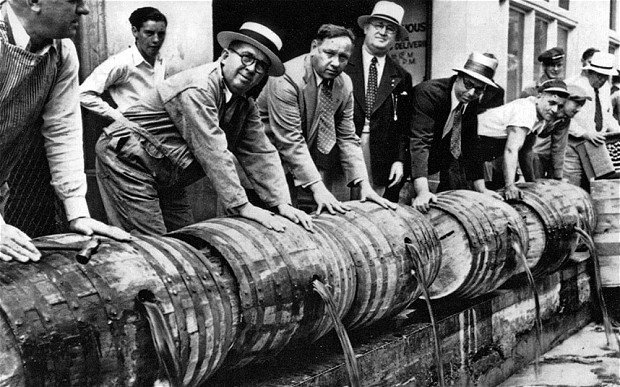 This edition of Ask the WC: European wine consumption, and why they’re drinking less; plus, wine refrigerators and how much wine the WC tastes a year.

Hi, WC:
You recently wrote that “European producers keep pulling out vines in the wake of reduced wine consumption in France, Spain, and Italy.” Why is that? Why are they drinking less?
Surprised

Dear Surprised:
European wine consumption has been steadily declining for years, thanks to stricter drunk driving laws, the aging of the population, and younger drinkers turning away from wine. Sound familiar? Having said that, Europeans still drink more wine per capita than we do — about one bottle a month for Americans compared to four bottles per person in France.

Oh Cheap Wine One:
I’m thinking about buying a wine refrigerator. Do I need one?
Chilling out


Dear Chilling:
Probably not, unless you’re buying wine that needs to age. And most wine doesn’t. The usual figure is that 90 percent of the wine in the world is made to drink within a couple of years of its vintage. In which case, use the fridge — take a cold white wine out about 20 minutes before you want to drink it, and chill a red for 20 or 30 minutes before opening.

Hello, Wine Curmudgeon:
You must write hundreds of wine reviews a year. Do you really taste that much wine? How much do you taste a year?
Curious

Dear Curious:
I write about 200 reviews of some sort on the blog each year (which doesn’t include reviews and the like for my freelance work). All told, I probably taste a couple of thousand wines a year between trade tastings, competitions, and drinking at home. It’s like my pal Dave McINtyre says: “It’s not so much that my palate is better is yoursd. I just drink a lot more wine than you do.” 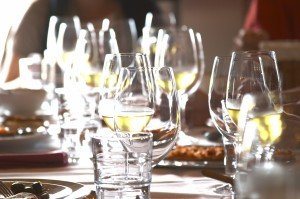 Unwelcome news for those of us who care about wine: The number of Americans who say they prefer wine over beer and spirits is at a 14-year low.

A July Gallup poll found that 40 percent of us who drink alcohol prefer beer, while 30 percent prefer wine and 26 percent like spirits best. The 30 percent figure is the lowest since 2003, and approaches the historical lows of the 1990s. The trend has continued downward since its peak of 39 percent in 2005, when wine passed beer as the most popular alcoholic beverage in the U.S.

So what’s causing this?

• Premiumization, in which we’re paying more for wine that isn’t especially better. Higher prices almost always have something to do with how we decide what we buy. The downward trend, which started in 2009, almost exactly coincides with premiumization.

• The decline in restaurant wine sales, again thanks to higher prices. Those of us who might have a glass or two when we eat out may have given that up to save money.

• An uptick in the number of Americans who say they don’t drink, at around 38 percent from 35 percent in 2005. My guess is that many of these people are wine drinkers who drink only on birthdays, anniversaries and holidays, but have given up alcohol for health or pricing reasons. 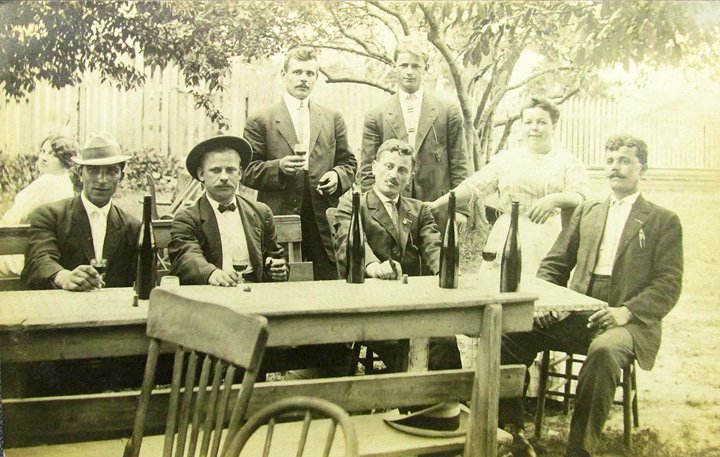 The end of the U.S. wine boom will change the wine business, and consumers almost certainly won’t be the better for it

I’ve written about this before on the blog, but usually in bits and pieces – that the 40-year U.S. wine boom may have ended. But this story, which I wrote for the trade magazine Wine Business International, goes into all the grisly details. There’s a lot of math involved, and the last quarter of the piece is business-oriented, but still worth reading for those of us who love wine.

• The growth that made the U.S. the biggest wine consuming country in the world has ended. Instead of the 5 to 10 percent annual increases that weren’t unusual during the four-decade run-up, look for wine consumption to grow only as much as the increase in the country’s drinking-age population, about one percent.

• Prices could well remain flat, since more and more wines will be chasing the same number of wine drinkers. By one analyst’s estimate, there are about 125,000 wine labels on U.S. shelves in any one year, but the high frequency wine drinker buys only about 75 bottles a year. Who is going to buy the rest?

• Flat prices are good news for the consumer, but the bad news? Consolidation among retailers, distributors and producers, which shows no sign of ending, could make it more difficult for all but the biggest producers to make an impact on wine drinkers. Who else will have the money to market wine in that glutted a market? And the wines they’ll be marketing will almost certainly be boring, focus-group driven, and all taste the same. In other words, red blends run amuck.

Those three things may also offer an explanation for premiumization. If you can’t sell more wine, and prices are flat for the wine you can’t sell anyway, then invent new, more expensive wine to sell. Which sees to be what has happened since the recession started in 2007 – the value of the wine sold in the U.S., as measured in dollars, has increased more than the amount of wine sold, 25 percent to 21 percent.

Finally, the trade magazine post has generated a fair amount of buzz on the cyber-ether, and Forbes even picked it up (though the piece misspelled my name). Which is all well and good, but why didn’t anyone notice this before? Were we too busy focusing on toasty and oaky to see what was going on? 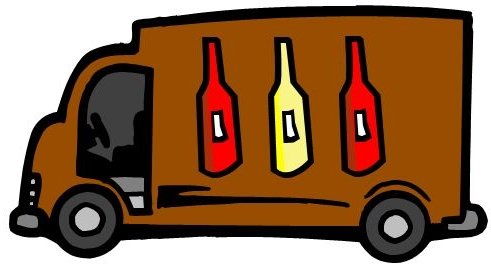 ? A revolutionary product? Gallo’s Apothic, which revolutionized sweet red wine when it was introduced in 2007, may be doing it again. The company has released Apothic Crush, a slightly sweet red wine with 14.5 percent alcohol. In this, it appears to be the first sweet high alcohol wine that actually admits to being sweet and high in alcohol. For most of wine’s history, sweet table wines had less alcohol than dry wines not only because that’s how fermentation worked, but because no one thought consumers would drink a high alcohol sweet wine. But that has changed, first with the trend toward riper, more alcoholic wines, and second, with improvements in winemaking technology. In this, who knew Robert Parker, who has championed riper, higher alcohol wines, would pave the way for a Gallo product? Or, as the noted philosopher Mick Jagger has said more than once, “You can’t always get what you want/But if you try sometime you find/You get what you need.”

? Less hope for wine lists? Is the end coming for the independent restaurant? That may be one of the conclusions from a recent study, which found that the number of independents fell by two percent in the U.S. in 2014, and that the number of full-service independents dropped three percent. Chains, meanwhile, continued to grow in the low single digits. Why does this matter to wine drinkers? Because those independents, and especially the full-serves, are the last best hope for improved restaurant wine lists. Chains usually don’t care about wine and make decisions in a corporate office based on price, which means they have the crummiest and most overpriced wine lists. Independents, for all their problems with wine, generally do a better job than chains. So any drop in the number of chains should be worrisome for wine drinkers who want choices that aren’t from Big Wine.

? Beer, wine, or spirits? This chart, from Ghost in the Data, should answer all questions about whether the U.S. (or any other country in the world) is a wine drinking country. We’re not — it’s still beer. In fact, save for part of western Europe, the world is mostly indifferent to wine. This is something my colleagues in the Winestream Media should pay more attention to, instead of patting themselves on the back because we drink more wine than any other country in because we have more people than France and Italy.