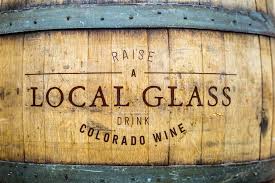 1. The quality of Colorado wine keeps getting better. It’s not so much that the best wines are the equal of wines elsewhere in the country, or even that there are more of the best wines (and both were true). Instead, it’s that there are more professionally made, competent wines – all those in the middle that don’t win big awards but are necessary if you’re going to have a local wine industry.

2. Particularly impressive were red wines made with Italian varietals, something I haven’t seen much of in the decade I’ve been judging in Colorado. We tasted a nebbilio and a teroldego; the latter did better in the competition, but both were terrific wines.

3. Drink Local. I’ve been writing about regional wine for so long – I wrote my first piece in the early 1990s – that it never dawned on me that the second and third generations of drink local didn’t know how the movement started. So I got to tell several of the old war stories to a new audience. And yes, I’m enough a ham that I got a kick out of it.

4. Quality of judges. It keeps getting better, too. Four of the 18 judges were MS or MW, an impressive percentage for a regional competition. That’s a testament to Doug Caskey, who runs the Governor’s Cup. He’s one of the most respected people in regional wine, and I hope his bosses and the Colorado wineries appreciate that.

5. The state of 21st century air travel. The less said about flying in and out of Denver the better. Just know that the two men sitting next to me on the way up, who were in their late 20s or early 30s, were complaining. This means the airline business has alienated customers who aren’t old enough to know about a time when we didn’t have pay to check bags, when seats hadn’t been made smaller to cram more people on the plane, and all of the rest. Which, in a perverse way, is an impressive achievement for the airlines.

Dear Wine Curmudgeon:
Whatever happened to that arsenic thing, where all the cheap you recommend was going to kill us because it was full of arsenic?
Drinking expensive wine to be safe

Dear Expensive:
The lawsuit you refer to faded away. First, arsenic occurs naturally in many food products, so what was found in wine – cheap or expensive – was there in tiny, tiny amounts. Second, a California state judge dismissed the lawsuit that had been filed against two dozen California wineries, saying that the warning label on wine bottles was sufficient to protect consumers. So you can go back to cheap wine and save yourself some serious money.

Hi, WC:
You write that legal marijuana could pose a serious challenge to wine consumption in the U.S. Why do you think that? One high is as good as another, isn’t it?
High on life

Dear High:
Most wine drinkers, according to the statistics and the experts, drink wine instead of something else. It’s the same for beer and spirits drinkers, too. Most of us pick one kind of alcohol and stick with it. The fear is that, if legal dope becomes widespread, wine drinkers will opt for pot. This makes sense if only from a pricing model. Legal grass isn’t cheap – more than $200 an ounce in Colorado; if you’re spending that much money on weed, why would you need (or want) to spend anything else on wine?

Hello, Wine Curmudgeon:
You’re always writing about judging wine competitions. Why does that matter to those of us who read your blog? Why should I care about awards?
Confused in Connecticut

Dear Confused:
That’s the question that the wine competition business has been asking itself for the past couple of years. Are competitions relevant? Do ordinary wine drinkers pay attention to the results? The best competitions have renewed their efforts so that the first is true and you can learn something from the results. A gold medal wine, particularly if it costs less than $15, should be a tremendous value and well worth buying. I’d look at the list of judges, which most competitions post on their websites. If the judges seem to know what they’re doing, you should be in good hands. 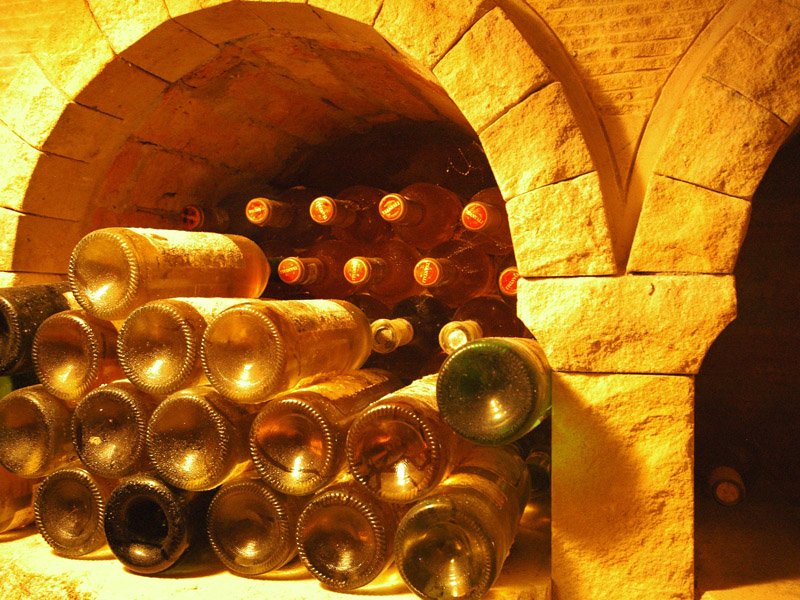 1. The quality of the wine was the best it has been since I started judging here almost 10 years ago. As I said to several panel members: “This was mostly like judging a California competition – no stupidly made wines, no obvious flaws, just competent and professional wine.” This is not often the case when judging regional wine, and shows again how far Virginia has come. Equally important: We did 100 wines over the two days, about 20 percent of the entries, so this wasn’t necessarily a small sample size. Are you paying attention, Texas?

2. The viogniers were amazing, as Virginia viognier usually is. I gave two gold medals in a flight of six, and all six were worth buying.

3. I was also impressed with the six roses – one gold, and the rest also worth drinking. This is quite a change from just a couple of years ago, when most regional pink wine was sweet and nothing else.

4. Virginia, like other regional states, is still grappling with the price/value dilemma. How can it make and sell wine and be competitive, given that it doesn’t have the economies of scale that California and Europe does? We didn’t know the prices when we judged the wines, but given that red blends and red varietals are usually the most expensive, most of the ones I tasted probably cost more than they were worth. This is not to say they weren’t well made, but that a similar wine made in a more established part of the world would be a better value.

5. There was a noticeable absence of oak, even in the wines that needed it. Was this because winemakers were – hopefully – embracing the idea of less oak and more balanced wine, or was it because oak is so expensive (as much as $1,000 a barrel) and they were forced to use less of it?

6. I’ve made my peace with giving scores. I still think it’s stupid, but if the competition requires it, I’ll do it. Having said that, I was generous with the best wines, and penalized the wines that weren’t very good. What’s the point of giving an 80-point bronze medal to a wine that I didn’t like?

7. Why do hotels ask you to save water by using the towels more than once, but then replace the towels after you have hung them up so you can re-use them? 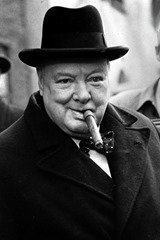 ? Do wine competitions work? Tim Atkin, a British expert, says they do, and paraphrases Winston Churchill: ?Competitions are the worst way to evaluate wine, except for all of the others. ? Which is something I wish I had thought of, given I have a poster of Churchill hanging in the office. Atkin ?s take on competitions is thoughtful and makes several good points, including whether price should matter, quality of the judges, and that sometimes, wines do get lucky. His comments are most welcome given the current controversy over competitions, and that I ?ll be judging two of them in the next couple of weeks.

? Restaurants dropping wine from lists: Remember all those giddy articles about the progress wine was making with mid-priced chain restaurants, and how it meant they were finally going to take wine seriously? We might have spoken too soon. A new study has found that eight of the 10 biggest casual chains cut their wine selections by 17 percent in the eight months ending in March. The chains, including Olive Garden, Outback Steakhouse, Red Lobster, and Ruby Tuesday, may have decided that wine isn ?t worth the trouble, but that craft beer and spirits are, says the study, calling the shift unprecedented. My guess? That, since the recession especially pummeled these kinds of restaurants, they did what they always do ? relegate wine to what they consider its rightful place, out of sight and out of mind. Because wine is just too much trouble.

? Bring out the lawyers: The Wine Curmudgeon loves a good wine lawsuit, and this one looks to be a doozy. A Napa Valley producer is suing wine consultant for $1.6 million, claiming the latter didn ?t do a good enough job making a $200 wine. The article, in the Napa Valley Register, is so full of giggles that I can ?t do it justice here. My favorite? That the consultant went on vacation during a crucial part of the winemaking process.

? Don’t we all need a tasting room? Kickstarter is one of the good things the Internet made possible, and I’d say that even if I didn’t raise money for the cheap wine book that way. Consider this: The WinePort portable tasting room for your back yard, devised by Annette Orban of Phoenix. She needs to raise $5,248 by the end of the month, but isn’t very far along despite the idea’s genius (and my $25 pledge). The WinePort measures 200 square feet and is made of recycled materials. Her target audience is wineries, but I don’t see why it wouldn’t work for wine drinkers who live in more hospitable summer climates than mine. Click on the link to pledge; you won’t be charged unless she reaches her goal.

? A toast to Korbel: The California winery’s sparkling rose that is, which was a sweepstakes winner in the 2014 San Francisco Chronicle Wine Competition, one of the most prestigious in the country. The cost? $11, which means it will be showing up a review here sooner rather than later. A $12 rose, from Washington’s Barnard Griffin, was also a sweepstakes winner, though I doubt there is much availability. Korbel isn’t always a favorite of the Winestream Media; I wonder if there will be a backlash against it, as there was for Two-buck Chuck when it won double golds at another big-time California competition.

? Bring on the wine in a box: The always curious Mike Veseth at The Wine Economist visits Kroger to see if wine in something other than bottles is making any headway. His conclusion? There was an alternative packages section in the wine department, which “makes sense generally, I think, because wine has moved beyond the standard 750-milliliter and 1.5-liter glass bottles to include many other containers. The fact that there is a separate wall of these wines suggests that the customer who comes shopping for alternatives is a bit different from the glass bottle buyer.” In this, Veseth has almost certainly identified one of the biggest — and least understood — changes in the wine business: the growing divide between older and more typical wine drinkers and younger and less traditional wine drinkers.