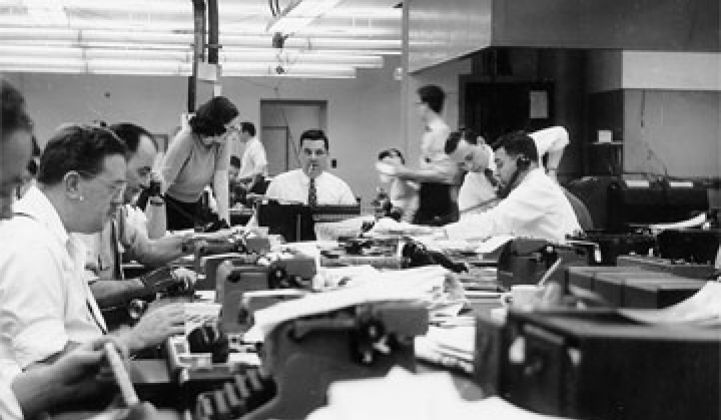 “Which one of you is going to write the sponsored post for the .. cough.. cough.. escort agency?”

Where else would one have to fend off payola, college term paper scammers, and whores?

Running an internationally known wine blog may not bring much in the way of fortune, but it does demonstrate the perils of fame – even the limited sort of fame that comes with writing about cheap wine.

In the past couple of weeks, I’ve been barraged (well, sort of) with requests to “partner with” a variety of not inexpensive products. This happens because the blog’s demographics, despite its subject matter, are mostly as upscale as the wine blogs and websites that don’t write about cheap wine. Plus, my visitors seem to be a little younger than the other sites, and we all know how desperate the wine business is to get younger.

• A company that makes wine refrigerators wanted to give me one of their products. The catch? I had to write nice things about the $700 unit and include various links to make sure Google got the hint. I thought this might work as a giveaway for Birthday Week next month – the company would get its blog post, one of the blog’s readers would get the fridge, and I wouldn’t have to worry about ethics. Not surprisingly, the company wasn’t interested.

• A bunch of spammers wanted the blog’s readers to buy college term papers, essays, and assignments written by someone other than the students – what the New York Times has called “Cheating, Inc.” I assume, given the recent college pay to play scandals, that the spammers figured the blog’s demographics translated into parents and grandparents willing to shell out the hundreds of dollars these papers cost. Ah, plagiarism as a growth industry. …

• My favorite pitch? For whores. Who knew I spent all those years honing my craft so a “content development specialist” at a “California-based premium escort agency that caters to all your needs” could ask to write a guest post? I even had topics to choose from, including “10 Reasons Business Men Hire Escorts.” Why do I think I know the reasons, that there aren’t 10, and that we don’t need to run a guest post to figure that out?

Good news for those of us who love cheap wine. Two website rankings put the Wine Curmudgeon blog among the top 100 wine sites on the Internet for 2018.

Amsterdam Diary (and no, I don’t know why it ranks wine blogs) says the site is among the top 90 on the Internet, while Feedspot puts the blog among the top 100 sites.

This is a big deal, and not just because I like to boast about the Wine Curmudgeon blog. First, that I made these lists speaks to the need for credible, well-written information about the wine most of us drink. Which, of course, many in the wine business prefers we don’t know, since they want to sell us crummy, overpriced wine.

Second, I made the same lists as sites with more money, employees, and ad revenue, including the Wine Spectator, VinePair and Wine Folly. Here, of course, I do everything myself. That says a lot about how much you appreciate what I do — and is one of the reasons I keep writing the blog.

A few notes after the past year of blog posts about cheap wine, wine education, and the wine business:

? Operating system wars: Microsoft controls about 90 percent of the world’s computer operating system market with its various Windows products, but not on the blog. Just 52 percent of visitors over the past year used a Windows operating system to get here, and almost one-third of those had Windows XP installed — which died in April. Still, Windows was the most popular operating system, with Apple’s mobile iOS and desktop Macintosh tied for second at 16 percent. My beloved Linux was at 1.3 percent, good for seventh (and I think I know the other person who uses Linux to get here).

? Picking a browser: Another surprise, given that the world’s most used browser is one of Microsoft’s Internet Explorers (warts and all) at about 55 percent of the world market. On the blog, though, Apple’s Safari (warts and all), is the top browser with 29 percent, with Explorer at 24 percent. Chrome and Firefox, the geek browsers of choice, were tied at around 19 percent.

? Expensive wine: The best-read expensive wine post over the last year was for a Virginia wine, the Barboursville Octagon, which ran in August 2013. It was No. 115. In one respect, this isn’t surprising, since the blog isn’t about expensive wine. But that it did better than host of cheap wine posts, including the recent discussion about Spanish wine value, speaks to how popular Barboursville is in the world of regional wine. 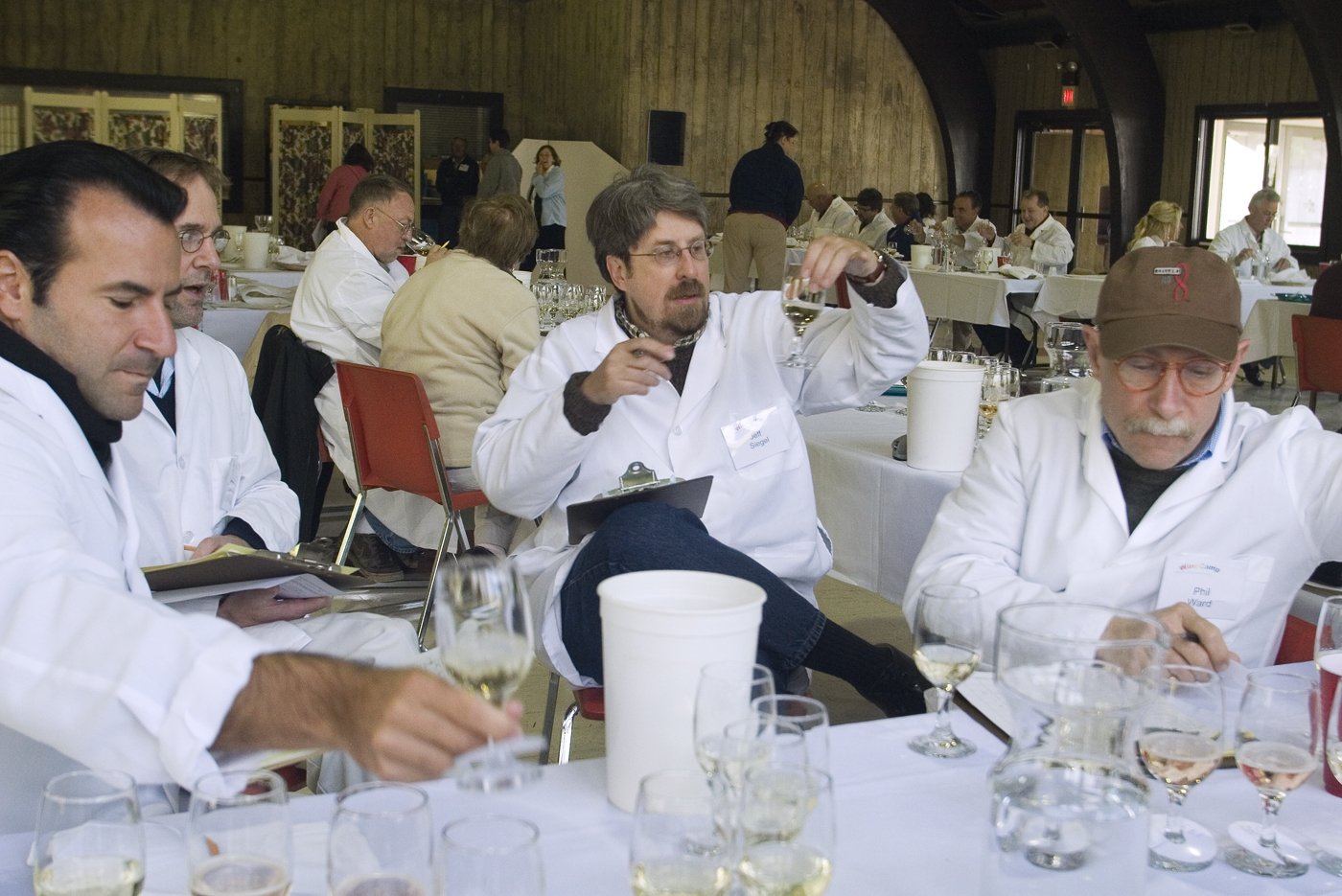 Always trying to find the right mix for readers.

Update: Thanks for all the emails — some very good advice and comments about what we’re doing here and how we do it. I was quite flattered to have so many people tell me they didn’t want anyone else to write for the blog.


Still working on the transition from the old platform to the new, and especially with updating the broken links — and we’re only in the seventh month after the switch. The Internet is a wonderful thing, and Google’s search algorithms are even more special.

Having said that, it’s time to continue the blog’s progress into the 21st century, and that means I need your thoughts about the following. If you like the ideas — or don’t like them — leave a comment at the end of this post or send me an email.

? A regular (monthly? every six weeks?) live chat about cheap wine, the wine business, and so forth, where you can come to the blog and ask me questions in real time. You type them in, and I answer. I’ve done this elsewhere, and it’s usually a lot of fun. The catch? What happens if you hold a chat and no one is there to chat?

? Someone besides me writing blog posts. I’m thinking about this not so much because I’m tired of writing the posts but because I’m wondering if another voice — though still focused on what we do here, still objective about wine, and still a quality writer — would add something to the blog. Also, if you’d like to so some writing for the blog, send me an email.

? Wine Curmudgeon TV. I’ve toyed with this before, but the logistics have always been daunting. They aren’t quite as daunting these days, so the question is: Is it worthwhile to do a shortish, 10-minute chat with a guest or guests about wine? And what kind of guests? Because winemaker interviews and features haven’t been all that popular here. 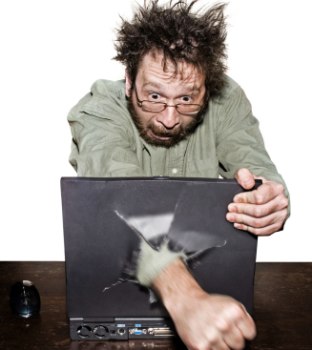 No, the Wine Curmudgeon didn’t feel like this yesterday. Nope. Not at all.

11 a.m. update: The missing posts and comments have returned, and all is mostly back to normal. Thanks for your patience.


The good news is that we figured out what happened yesterday, when at least six posts — including the post scheduled for Monday — vanished from the server that hosts the blog. Also missing were a variety of other items, including all the comments from last week, and those should return, too, once all is corrected. So no, I’m not censoring comments, for those of you who wondered.


The bad news is that the problem hasn’t been fixed yet, though I have been assured it will fixed “soon.” And, because it wouldn’t be any fun unless there were more complications, I can’t post anything new to the blog because the new post (including this one, which I will have to repost) will disappear as soon as the problem is fixed. So it’s just as easy to wait until then.

That’s because (for those of you with a technical bent), this is a server issue. Somehow, part of the blog exists on one server, and the rest exists on another. And because the Wine Curmudgeon appreciates irony, yesterday’s blog traffic was no worse than usual. Maybe people just want to read me complain, and it doesn’t matter whether it’s about wine. 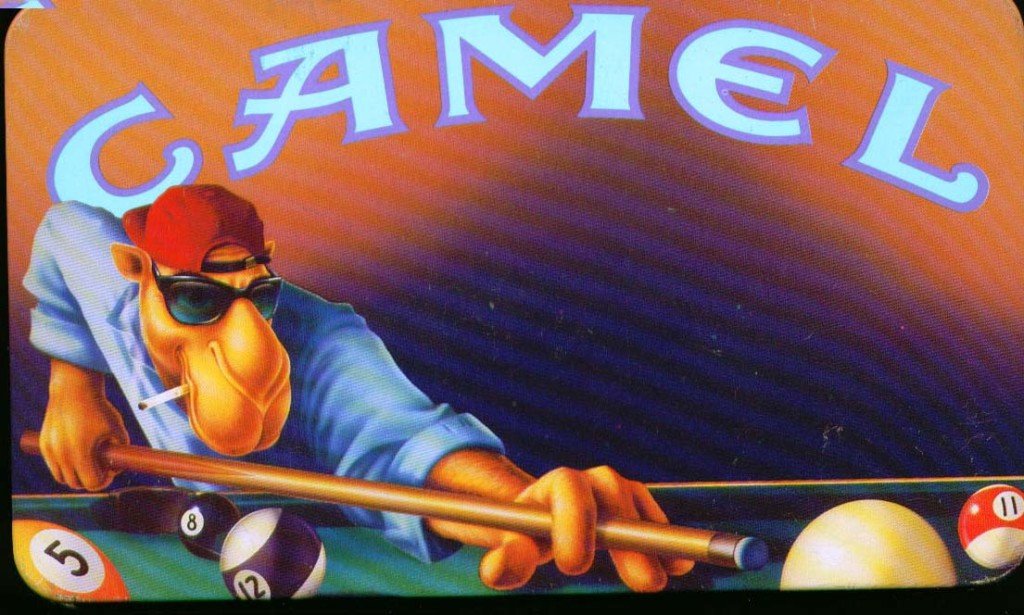 “Hey, kids. Why don’t you try some wine with your smokes?”

END_OF_DOCUMENT_TOKEN_TO_BE_REPLACED

One of the reasons I procrastinated about moving the website to a more efficient platform and updating its look is that I knew that one of the results would be a kick in the metrics. Sure enough, that’s what happened this year — a record-setting April, and then lots of ups and downs as changes in Internet search patterns and in breaking in the new site did what they always do.

Having said that — and as demonstrated with the always popular colored chart — we’re still making signifcant progress in bringing the gospel of cheap wine to the masses. All told, the number of average daily visitors has increased 4,172 percent from that first year. Plus, this year saw the first- and third-best days ever — the Two-buck Chuck gold medal controversy and the Treasury debacle.

The annual bullit points ? almost as popular as the chart. On Thursday, I’ll count down the top posts of the past 12 months:

? Can’t report most of the Internet geeky stuff this year, like Quantcast rating or Google page rank. Much of the information was lost in the transition to the new platform.

? The blog ?s audience is younger and more female again this year, as near as I can tell. My efforts in this area seem to be paying off, and I will continue them in 2014.

? The $10 Hall of Fame, for the first time ever, was not the most popular post. That honor went to the 2012 Barefoot review; the 2012 Hall of Fame was second and the 2013 Hall of Fame was fourth. This is significant, even though some of it was probably caused by changing platforms and the drop-off after April.

? Anyone who doubts the importance of sweet red wine should know that the ultimate guide to sweet red wine was the eighth most popular post over the past year, and the wine term post about residual sugar was 12th. The Winestream Media may not care or notice, but wine drinkers do.

? About 87 percent of visitors came from the U.S., a figure that was a bit higher than in previous years. A little more than five percent came from New York City, which was twice as many as the next two cities, Dallas and San Francisco, each less than 2 1/2 percent. The site had 12 visitors from Iran and seven from Mongolia. Think they had some availablity problems?