This week’s wine news: On-line dating site Bumble is opening a wine bar, plus pinotage and its lack of respect and wine keeps getting more expensive

• Wine for two: Internet dating site Bumble has solved your first date problems – the Bumble wine bar, called Bumble Brew. The bar will open in Manhattan’s trendy SoHo neighborhood in the fall, featuring 15 wines by the glass from $12 to $16 – not a bad price given the rents in that part of New York City. The Wine Curmudgeon wishes Bumble the best of luck, since its main users are 18- to 29-year-olds, the demographic that shows the least interest in wine. Maybe Bumble can rekindle interest in wine among younger consumers, doing something the wine business doesn’t seem to care much about.

• Poor, poor pinotage: Pinotage is a red grape grown almost exclusively in South Africa, and it gets very little respect in most of the rest of the world. Greg Sherwood, writing in South Africa’s Wine Mag, says pinotage “and its rightful place at the vinous fine wine table is still subject to a lot of debate and conjecture by international wine buyers but perhaps less so now by end-consumers.” In other words, why do wine drinkers in South Africa enjoy the stuff, while most of the rest of the world goes out of its way to avoid it? Sherwood discusses the grape’s past, when pinotage wines smelled – charitably – like burnt rubber or hot road tar. He says winemakers have solved those problems, and the grape can now produce high-quality wine. The article isn’t the best written, but it’s worth reading to anyone who has ever tasted pinotage and wondered what was going on.

• Pricier and pricier: Don Kavanagh, writing on Wine-Searcher.com, says expensive wine keeps getting more expensive, and that means all wine is getting more expensive. This apparently comes as a great shock to Kavanagh, even though he’s writing for the website that has helped fuel those higher prices with its gushing odes to expensive wine. Still, his point is well taken, and especially for regular visitors to the blog: “[B]ut a look at the big picture shows one incontrovertible truth about wine prices: the only way is up.” 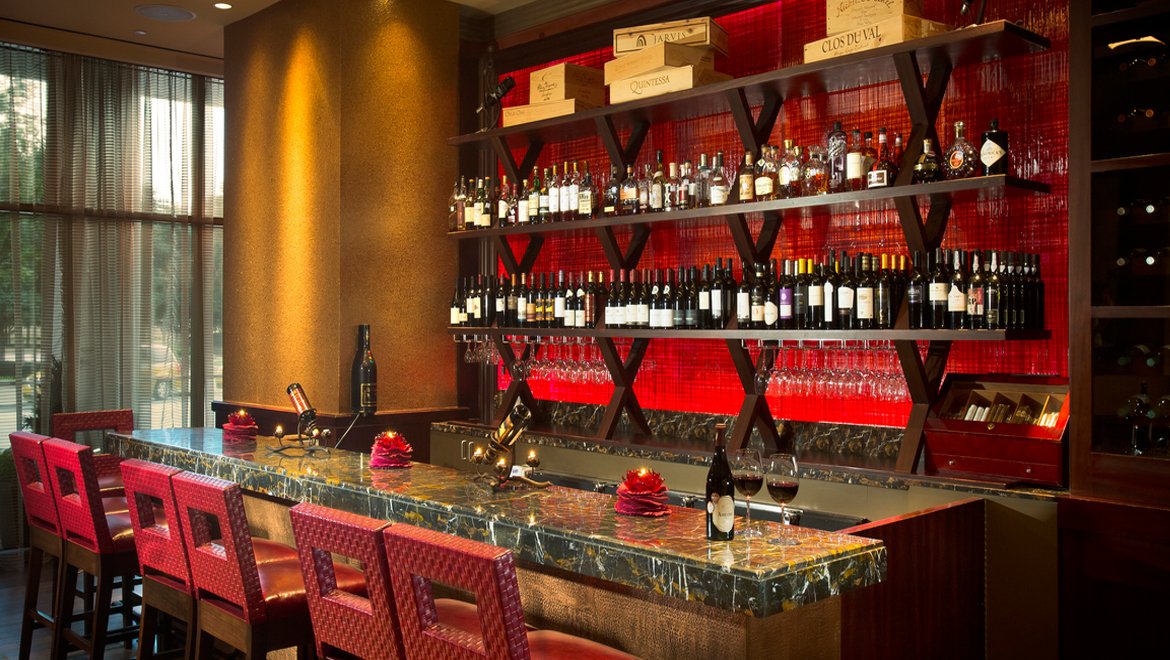 The Wine Curmudgeon interrupts the regularly scheduled rant about crappy restaurant wine – I found a wine bar that does it the right way.

It’s the Wine Thief, located in the Omni hotel in Fort Worth, two things that make its excellence even more amazing. First, Fort Worth is not a wine town, and second, hotels are notorious for their indifference to wine. Nevertheless, the Wine Thief does one of the best jobs I’ve seen in 20-some years of paying for wine in restaurants. I bought a bottle of an excellent Faiveley white Burgundy, about $20 retail, for $45 – a price and quality combination that I find in a restaurant about as often as I run scores on the blog.

What makes the Wine Thief work?

• No hotel mentality, which means there aren’t any crappy, very overpriced wines. Hotel wine markups are probably the worst in the world (five to one, anyone?), and the wines are often as bad as the markups.

• Texas wine. And not just one, but from five producers. Because, said general manager Phil Natale, “We get visitors from all over the world, and they want to have local wine. So we need to have some for them.”

• Fair pricing, and not just for the white Burgundy. Most of the markups seemed to be no more than three to one, and some seemed to be less. “We want the pricing to be attractive enough so that customers will want to buy a bottle,” said Natale, about as subversive a thing as I’ve ever heard a restaurant person say.

• An interesting wine list, almost devoid of the distributor-driven stuff that dominates in restaurants. I saw a half dozen quality labels that I have not seen on lists in years, Sicilian and Loire sparkling among them. Natale told me he did this to be different, which was the Wine Thief’s reason for being.