This week’s wine news: Wine ads are missing the point by emphasizing sex. Plus, a wine country fire update and expensive wine foolishness

• Sex doesn’t sell: A new study, published in the academic journal Sex Roles, casts doubt on whether sex actually sells products. This result should be especially important for wine marketers, who rely on sex almost as often as they do snobbery to sell wine. The Italian study found that women were less likely to find a product attractive and were less likely to purchase it if the product used sexual female models than if the ad was neutral. Men, even more surprisingly, were unaffected by ads’ sexualization. Said the authors: “The present study has practical implications for marketers because it suggests that ‘sex does not sell.’ In addition, considering both the psychological damage and practical inefficacy of sexualized ads, our findings have important implications for public policy.”

• Scorched vines: The Wine Spectator does a fine job recapping this fall’s California wine country wild fires, “More than 200 wineries are in evacuation zones. A few vintners have managed to return to their properties to assess damage in recent days. But evacuation orders remain in place for much of the area, keeping many out.” I did a Napa radio show a couple of weeks ago, and it looked like the worst of the fire season was over. But then the Glass Fire sprang up last week.

• Betting on wine: We’ve written several times about the Kafka-esque reality of Liv-Ex, a stock exchange for the world’s most expensive wines. I mention it again to show one should drink wine instead of investing in it. A smart investor, according to the Liv-Ex article, would have seen a 20 percent return in a decade by investing in specific Robert Parker-favorited wines. Wow — two percent a year? Can’t I get that with a bank CD and then drink the wine? 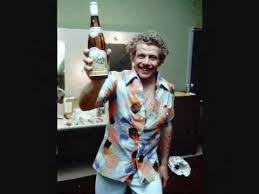