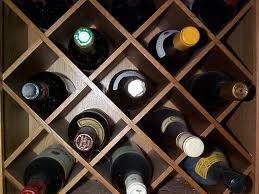 ? McKinley Springs Bombing Range Red 2010 ($15, sample, 13.8%): Ordinary Washington state red blend, made with more than half syrah, that has lots of cherry fruit that people of a certain age will buy for the World War II fighter plane label.

? Gordon Brothers Chardonnay 2012 ($15, sample, 13.7%): Washington state chardonnay that tastes, believe it or not, exactly like the back label says it does — apricot, pear, and buttery vanilla. A little much for my taste, but there’s a demand for this style.

? Fowles Sauvignon Blanc Are you Game? 2012 ($17, sample, 12.7%): Very nicely done white from Australia that is more California in style, with with lots of grassy aromas. The only quibble: Is it almost twice the wine of something like the Dry Creek fume blanc?

Chateau Ste. Michelle, the Washington state multi-national that does the 14 Hands, is on a roll. It placed four brands in the top 20 in a recent survey of best-selling $10 wines, only one less than E&J Gallo and as many as Constellation and The Wine Group (which does Cupcake) combined. That ?s a very Rocky-like performance given how powerful its competitors are.

Equally as impressive is that a 14 Hands wine is a wine of the week for the second time this year (despite this one ?s very silly name). I try not to do that sort of thing, but it ?s difficult to overlook 14 Hands ? combination of quality and value. Which, no doubt, is why Chateau Ste. Michelle sells so much wine.

The Hot to Trot ($9, purchased) is a red blend ? mostly merlot, syrah and cabernet sauvignon ? that is simple but well made. It doesn ?t try to do too much, and it doesn ?t taste like winemaker Keith Kenison used his chemistry set to take it in any one direction. Look for some spice and lots of black fruit and that earthy Washington state feel, especially in the back.

Very nicely done for the price, and should please anyone who wants a glass of red wine but doesn ?t want to make a big issue of it. Pair it with basic red wine food like meat loaf and mashed potatoes.

The Wine Curmudgeon is supposed to be above things like cute labels and clever names, but even I get suckered in every once in a while. In this case, it was the wine ?s name, which evoked memories of a card game and long ago rainy Sundays in the days when we had to amuse ourselves without personal electronics.

Though this is far from an ordinary livestock wine. The Rook ($13, purchased) is made by Washington state ?s Corvidae Wine Company, one of those consumer-friendly, value-driven and well-run operations that seem to flourish there (see Hedges and Charles Smith). If it cost a couple of dollars less, it would be a credible candidate for the $10 Hall of Fame.

This is a red blend, mostly merlot, that shows Washington state ?s solid and terroir-driven approach to winemaking. There is lots of black fruit as well as earthy tannins, which gives the wine some heft. What was most pleasing is that none of this seems forced, the way it can in similarly-priced wine when you can tell the winemaker used a little industrial magic to get the same result.

This is not a complex wine, but there is more going on than in most red wine at this price. It needs food, but that doesn ?t have to be complicated, either ? takeout pizza on rainy summer Sunday night when you don ?t want to turn on the personal electronics.

One day, perhaps, the Wine Curmudgeon will figure out how the multi-national wine companies make brand decisions. For example, why would the company that owns Chateau Ste. Michelle also own two grocery store brands, Columbia-Crest and 14 Hands, that make the same kind of Washington state wine that sell for about the same price?

Until then, I will appreciate the value and quality that these wines offer. The 14 Hands ($12, sample) was just as pleasantly surprising as the Columbia-Crest cabernet was, making it yet another example of the first rule of wine writing — taste the wine before you decide whether it's worth writing about.

Look for lots of cherry fruit in the 14 Hands, though the fruit is not as sweet as in similarly-priced California cabernets. It also has some heft and the appropriate tannins, and people who are determined to notice chocolate in cabernet will probably pick up a little of that, too. In this, the wine reflects Washington state's style and terroir, which doesn't happen much in $12 wine. Though it's not as big a wine as its corporate sibling, the 14 Hands is definitely cabernet and not cabernet lite.

Call it a safety wine — something you can buy or order when you're stuck somewhere and the wine selection is decidedly limited. It will pair with most red meat dinners, as well as a very gooey sausage pizza.

The Wine Curmudgeon read one of those expert prognostications last week, reassuring the wine business that all would be soon be well with the world again. Which, for the wine business, means that consumers will stop buying cheap wine, the world oversupply of grapes will go away, and prices will go up.

To which I offer the House White ($10, purchased) as the wine of the week, from the always reliable Magnificent Wine Company. Note that it was $10, a couple of bucks less than its suggested retail price. Note, too, that it was a 2008 vintage, even though there is a 2009 vintage available. Why does that happen? Because there is so much 2008 left that my local retailer (another many others) isn't stocking the 2009. Yes, the wine business may be improving, but there is still such a glut of wine in warehouses and on shelves that we won't see pre-recession pricing for a very, very long time.

Despite its age — and $10 white wines don't often last this long — the House White is sturdy and worthwhile. It's a blend of mostly chardonnay from Washington state, so look for a lot of stoniness. Though there isn't a lot of fruit left (maybe a little peach), that's not a problem. There are no off flavors, either, something to watch out for in older cheap wines. Drink this chilled for almost any summer white wine opportunity.

Columbia Crest is known, if it’s known at all, as a grocery store wine producer. As such, there are probably more than a few people looking at the headline and wondering what the Wine Curmudgeon is babbling about.

In fact, many mass market wineries make super-premium wines. Beringer does a well-regarded $100 cabernet sauvignon as well as $7 white zinfandel, and another Columbia Crest wine, a reserve cabernet, was the Wine Spectator’s top label in 2009. And Columbia Crest is owned by Chateau Ste. Michelle of $8 riesling fame.

So you shouldn’t be surprised that the Walter Clore ($30, sample) is a top-notch red blend (cabernet sauvignon, merlot and cabernet franc). Look for red berry New World fruit, but tastefully done, with the requisite acids and tannins to complement the fruit. It is far from one-dimensional, as too many red wines at this price can be that have either too much fruit or too much alcohol. All in all, very impressive and another example of how well-made Washington state red wine can be.

Pair this with traditional red wine meals — prime rib, steak, and the like. I had it with pot roast and spaetzle, and it actually worked better than a much more expensive Sonoma cabernet. It would also make a fine gift for red wine devotees, what with the Holiday That Must Not be Named coming up.