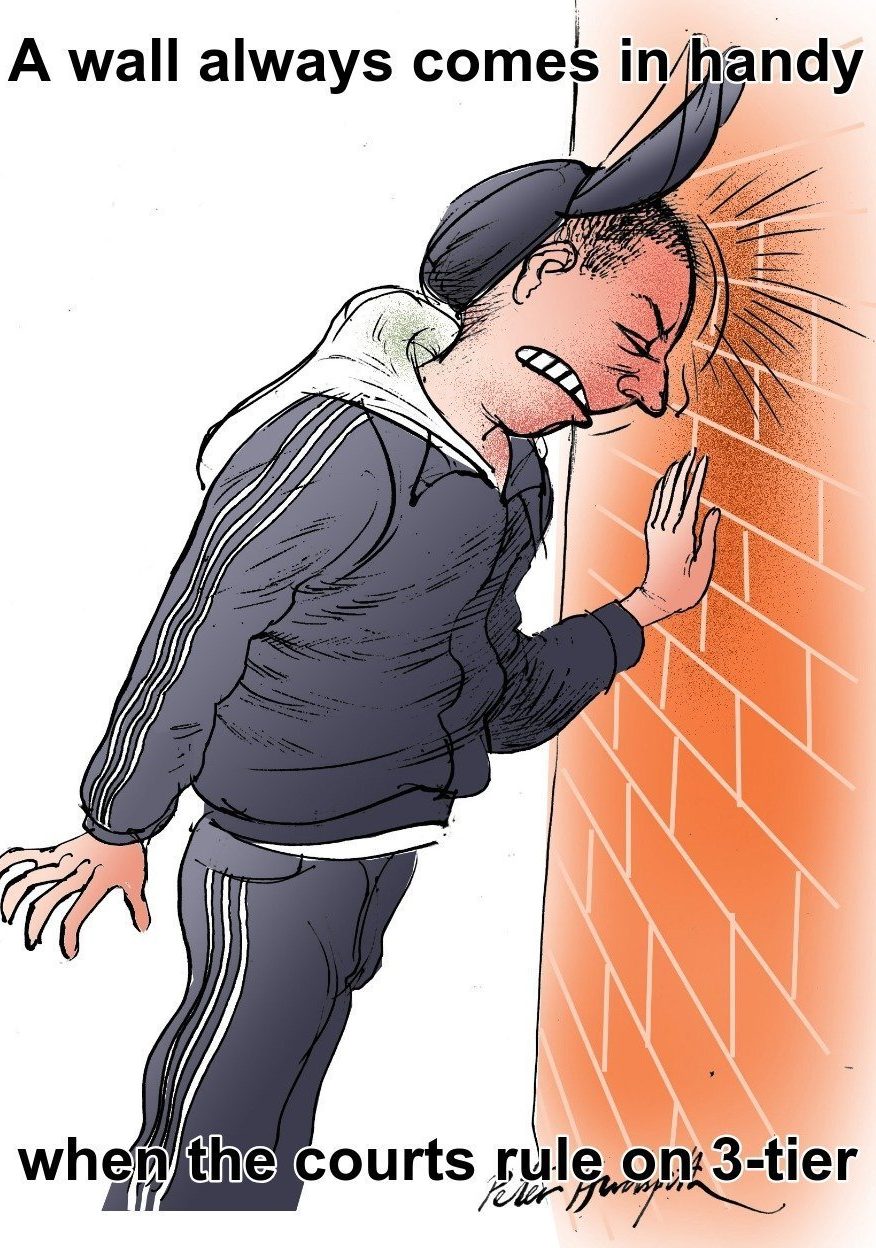 Walmart is one step closer to opening liquor stores in Texas – a development that could help loosen the three-tier system’s stranglehold on wine sales in the U.S.

A federal court judge in Austin ruled this week that two state laws that forbid publicly-held companies from getting a liquor license are unconstitutional. The ruling will be appealed by the trade group for the state’s liquor stores; the state isn’t sure yet what it’s going to do. If the judge’s ruling is upheld, we could have a Walmart-owned liquor store built next to a Walmart, a Kroger liquor store next to a Kroger, and so forth.

The two laws are crucial to how the three-tier system works in Texas, restricting what we can buy, where we can buy it, and when we can buy it. Three-tier, of course, is the framework that regulates alcohol sales in the U.S., adapted by each state for its own use.

One of the overturned Texas laws is the legendary “just us kinfolks exception,” which allows privately-owned companies to own as many package stores as they want – as long as the licenses for the stores are held by different members of the same family. For everytoine else, the limit was five stores total. Nifty, huh? It directly benefits the state’s biggest — and family-owned — chains – Houston’s Spec’s, with more than 160 stores; Austin’s Twin Liquors, with some 70 stores; and Dallas’ Goody Goody, with about 20 stores.

Since the laws are unique to Texas, striking them down doesn’t establish a precedent elsewhere. What does matter to the rest of the country is the tone of U.S. District Judge Robert Pitman’s 50-page decision. Pittman invoked every argument that those who want to liberalize three-tier have used for more than a decade: that laws like these violate the commerce clause of the Constitution, that the laws discriminate against one group in favor of another for no good reason, and that they don’t promote the public good.

“In sum, the [kinfolk] exception creates an unusual and entirely arbitrary classification,” wrote Pittman. “There is no reason to believe that the exception bears any relation to the promotion of family business or small business or serves any other legitimate state interest. It thus fails rational basis review.”

Which, of course, is what those with a vested interest in keeping three-tier claim. The package store trade group, in announcing it would appeal, said just that: “We will appeal the trial court’s decision and continue to fight for family-owned liquor store owners against the world’s largest corporate entities that seek to inflate their profits by upending sensible state laws that protect both consumers and small businesses.”

We’re still a long way from shopping at a Walmart liquor store. But that the decision emphasized the irrationality of specific laws that make up the three-tier system in Texas speaks well for others trying – and succeeding – to overturn similarly restrictive legislation in their states.