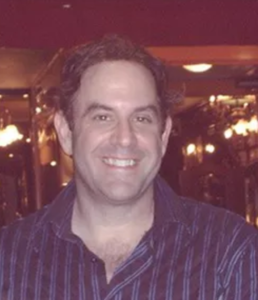 Todd Kliman’s “The Wild Vine,” a story about regional wine and drink local, could become a Netflix–style series

Could the first truly interesting wine movie be about – gasp – drink local? We can only hope.

That’s because Todd Kliman’s terrific 2010 book, “The Wild Vine” (Clarkson Potter), may have a decent chance of becoming a film. The production company that bought the rights to the book has even hired a publicist, which doesn’t happen unless the producers are convinced something will come of their efforts.

“The Wild Vine” tells the history of the norton grape and Daniel Norton, the man who accidentally created it, Virginia winemaker Jenni McCloud of Chrysalis Vineyards and her fascination with norton, and the role regional wine has played in U.S. wine history. As I wrote in my review: “It’s a perspective that says, ‘Look, pay attention. Long before Robert Parker and scores and California, there was a U.S. wine industry. And if a few things had happened differently. …’ ”

So what about the movie’s chances of actually being made?

“When people say they’re going to option a book for a movie, traditionally nothing happens,” says Kliman, a D.C.-area freelancer and author who has been down the book option road enough times to know how the system works. “So when a book is optioned, there’s no reason to get giddy. But this time, the producer has real enthusiasm for the book and the story, so there may be a better chance than usual that something happens.”

The producer is Dax Phelan, who not only has Hollywood credibility, but grew up near St. Louis and was fascinated by the idea of norton, a red grape that thrives in Missouri and whose norton wineries produced some of the best wine in the world at the turn of the 20th century.

Kliman says the film future of “The Wild Vine” could be a Netflix-style series, where Phelan has contacts, a traditional film, or a documentary. Much depends, of course, on who will pay for production, and that will ultimately decide if anything gets done. No studio, no film – unless there’s a drink local aficionado reading this who has very deep pockets and wants to bankroll the project. My hope is the Netflix option, which would be better suited to the book’s depth and complexity. There’s too much in the book to cram into a 100 minute movie.

And before I get nasty emails and comments, know that there haven’t been truly interesting wine movies. “Bottle Shock” turned the legendary Judgment of Paris into a snoozefest, and “Sideways” – despite Paul Giamatti’s incredible effort – was mostly two guys whining and trying to pick up chicks.