The Wine Curmudgeon hasn’t been able to visit his local shops as much as usual during the duration, which means I’ve been buying more from national wine retailers. That also means I’ve had to drink more Big Wine products than usual, and many of them have been as expected. On the other hand, there have been a variety of pleasant surprises, including the Torres verdeo.

The Spanish white comes from a branch of the Torres family, which has been making wine in Spain for five generations and 150 years. It’s best known for Sangre de Toro, a supermarket red wine that comes with a plastic bull. The Torres Verdeo ($11, purchased, 13%) costs three or four dollars more, but it also tastes like this part of the family wants to do something a little different than make supermarket red wine.

The wine is made with the verdejo grape, which can be turned into into quality cheap wine but can also be tart or bitter or both. In this, the Torres verdeo is a step up, much better than I expected (and this comes from someone who has bought and enjoyed cases and cases of the Sangre de Toro). It’s almost layered, so that the lime flavors aren’t quite as limey as in less well made versions, and there seems to be the taste of some kind of stone fruit. Plus, the wine shows an almost nutty oiliness that rarely shows up in wines of this price.

If not highly recommended, certainly worth trying, and I will taste a second bottle to see if this is a candidate for the 2021 $10 Hall of Fame.

It’s difficult to believe, as we celebrate the blog’s 13th annual Memorial Day and rose extravaganza, that most wine drinkers used to think rose and white zinfandel were the same thing. That’s why, back then, it wasn’t always easy to find quality rose. But when you did, it was Spanish more often than not. The CVNE rosado continues that tradition.

The CVNE rosado ($11, sample, 12.5%) is a blend of tempranillo, garnacha, and viura, a white grape. The combination, if not uncommon, offers an interesting take on a typical tempranillo rose. Here, the viura adds a little lemon something or other to the tempranillo’s cherry fruit, which is welcome and interesting. It lightens the cherry and gives the wine a lift in the middle that it might not otherwise have. Plus, all the other qualities that make Spanish rose shine are there – the freshness and that lingering finish, a little crisp, a little tart, and even a little minerally.

This is a well-made rose, and CVNE once again shows why it’s one of my favorite cheap wine producers. It also makes the well-done Cune rose, which costs a little less. Highly recommended, and a candidate for the 2021 $10 Hall of Fame. 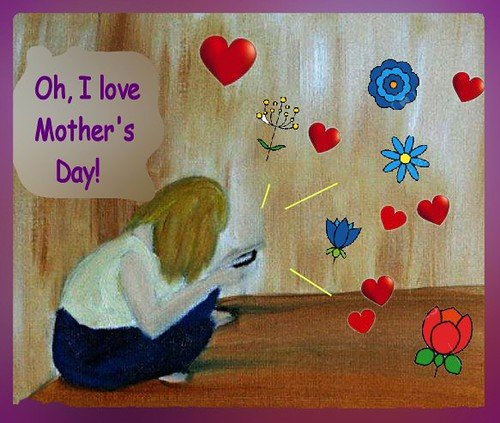 Mother’s Day wine 2020: This year.s version, the 14th annual, finds us in a different place than ever before. But the premise hasn’t  changed — We’re looking for value and quality, and we want to buy Mom something she will enjoy and not something we think she should drink.

These Mother’s Day wine 2020 suggestions should get you started:

• La Playa Sauvignon Blanc 2019 ($9, purchased, 13%): Supermarket Chilean white  sauvignon blanc at a fair price (lots of citrus and not much else); given how inconsistent these wines have become it offers value. Imported by Cabernet Corporation

• CVNE Via Real Rosado 2019 ($12, sample, 12.5%): The white viura grape, part of the blend for this Spanish pink from a top producer,  adds a little lemon something or other to the tempranillo’s cherry fruit. It’s both welcome and interesting and a well-made wine. Highly recommended. Imported by Arano LLC

• F. B. Schönleber Riesling Extra Brut 2013 ($22, sample, 13%): German sparkling isn’t common in the U.S., and this bubbly makes me wish that wasn’t the case. It’s a delicious, dry and minerally sparkling that exceeded all expectations. Highly recommended. Imported by Angels’ Share Wine Imports

• Masseria Li Veli Primonero 2017 ($12, purchased, 13.5%): This Italian red, made with the negroamaro grape, has earth, dark black fruit and very Italian in structure and acidity. Fire up the social distancing barbecue. Imported by Li Veli USA

Photo:“Contest18A Mother” by FolsomNatural is licensed under CC BY 2.0

$10 delivers a terrific Spanish red in the Flaco tempranillo

The Wine Curmudgeon has been derelict in his cheap wine duty. I have not reviewed the Flaco tempranillo for a couple of vintages, and it has only been featured twice in the blog’s history. Please forgive me, cheap wine gods.

The Flaco tempranillo ($10, purchased, 13%) should be reviewed – and praised – with each vintage. That’s because it offers Spanish and varietal character every time, and for a fraction of what more expensive Spanish reds cost.

The 2018 is a little fresher and not as heavy as previous vintages. Look for the typical tempranillo aromas, like orange-ish flowers. The berry fruit is not quite sweet, and there is a little spice mixed in there somewhere to round it out, as well as just enough in the way of tannins to support all that fruit.

Highly recommended, and a candidate for the 2021 $10 Hall of Fame. Drink this with almost anything beef or pork, and it would complement roast chicken as well.

The best cheap Spanish wines are made with grapes most of us haven’t heard of and are from regions that are equally obscure. Witness the Radio Boka, a Spanish white. It’s made with verdejo, common in Spain and almost nowhere else, and comes from La Mancha, a huge bulk wine region near Madrid.

In other words, this ain’t from Napa Valley or Burgundy.

In this, the Radio Boka ($9, purchased, 12.5%) is exactly what competent and enjoyable cheap wine should be. It doesn’t try to impress anyone, despite the post-modern name and showy label. This is a wine made for weeknight dinners, without any fuss or bravado. As we say on the blog, simple but not stupid.

Look for barely tart lemon fruit with a hint of something tropical in the middle. The finish is clean and fresh, and, like many Spanish whites, it’s a terrific food wine. Tapas, like the potato omelet, certainly, but also seafood and it would be terrific as a braising liquid for chicken.