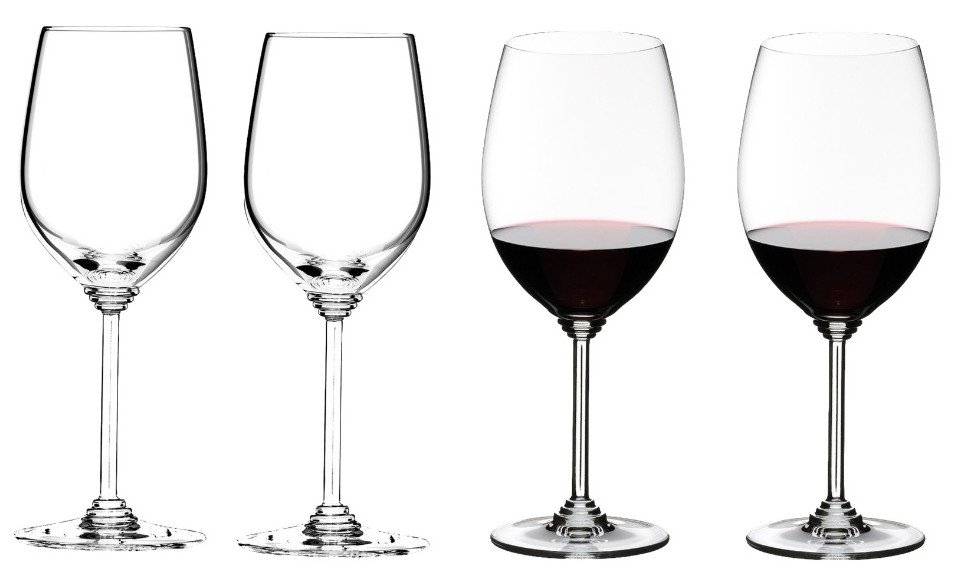 Wine terms first: Rioja, in northern Spain, is the country’s best-known wine region, and where tempranillo is used to make the wine. Crianza is one of three levels of Rioja, followed by reserva and gran reserva (and there is also, thanks to the EU, a fourth style wine simply called tempranillo). Each level requires a specific amount of oak and bottle aging; for crianza, it’s a year oak and at least a couple of months in the bottle. That’s why it’s the least expensive of the three.

The Beronia isn’t quite as traditional as some — the Ramon Bilboa crianza, for one, also a steal at $12 — and shows a more modern approach. That means softer and more approachable cherry fruit, and a little less zingy feel in the mouth. But there is still enough acidity to be Rioja, and enough earthiness to speak to the region’s terroir.

Pair this with most meat or poultry, and you’ll be pleasantly surprised at how well it goes with grilled shrimp with a paprika edge.

These 12 wines show tempranillo in many of its 21st century styles. There’s classic tempranillo from the Rioja region of Spain; post-modern Spanish tempranillo; regional tempranillo from Texas and Colorado; a highly-regarded Oregon label; and even one from Argentina.

Tempranillo for years languished in wine’s outer orbit, though that banishment had little to do with quality. Rijoa’s wines are some of the best in the world. Rather, tempranillo wasn’t cabernet sauvignon, merlot, or pinot noir, and those are the reds that got most of the attention. Wine geeks knew about it, but the grape deserves a wider audience than that.

Enter the Internet, which has allowed tempranillo and its advocates to sidestep the Winestream Media, as with today’s fourth annual International Tempranillo Day. Also important: The discovery that tempranillo does well outside of Spain, something that no one understood before and that has revolutionized Texas wine. I’ve even had tempranillo from Idaho, about as different a region from Rioja as imaginable. No castles, for one thing.


Why is tempranillo worth drinking? First, the Spanish versions are among the best values in the world. Second, it’s a food-friendly wine that doesn’t insult the wine drinker; in fact, most tempranillo needs food, be it red meat or roast chicken. Third, it’s not the usual red wine, and anyone who wants to enjoy wine should be eager to try something that isn’t the usual.

After the jump, the wines: END_OF_DOCUMENT_TOKEN_TO_BE_REPLACED

When the Wine Curmudgeon started drinking wine, but before I started paying as much attention as I do now, a version of the Faustino was on store shelves. How old-fashioned, I thought, Roman numerals on a wine label.

Which is why I appreciate the Faustino VII ($8, purchased, 13%), and even a vintage as old as this one (of which there is still quite a bit on store shelves). It’s a Spanish red from the Rioja region, made with tempranillo, and about as old-fashioned a Rioja as you’ll find these days — from the Roman numerals to its traditional style, which is one reason why a 2010 $10 wine is still drinkable. The Spanish rarely make wines, even cheap ones, that go off in a year or two.

This isn’t Hall of Fame quality wine, but it’s not supposed to be. It’s Tuesday night takeout wine, orange beef, perhaps. It’s simple, but simple doesn’t mean stupid or insipid. Bodegas Faustino is a 150-year-old producer, and they’ve found a winemaking approach that works. And has worked. And keeps working.

Look for cherry fruit, Spanish-style acid, earthiness, and even what seemed to be a little oxidation — not unpleasant, but another sign of an old-fashioned Spanish wine. My guess is that the newer vintages, and there is a 2013, will taste about the same, minus the oxidation. That’s consistency to be appreciated.

How much did I like this wine? I bought another white from the same producer that cost a couple of bucks more, and I didn ?t even have to think twice about it. Just picked it up and put it in the cart. That doesn ?t happen very often; if a wine costs more than $10, I ?m often seen mumbling to myself in front of the shelf.

Even more impressive is that white wines from the Rioja region of Spain have traditionally been pretty awful ? badly made and even oxidized.

None of that is the case here. The Cune ($10, purchased, 12.8%), made with viura, has enough white fruit to be noticeable, maybe some lemon peel, and is amazingly fresh and clean ? very impressive given the track record for white Rioja. Chill this, drink it in the summer on its own or with salads or seafood. Highly recommended, and a candidate for the 2014 $10 Hall of Fame.

And yes, even though the company name is CVNE, the wine is called Cune.

The Wine Curmudgeon has been tasting a lot of post-modern Spanish wine lately, the kind made to appeal to the American palate and the Winestream Media. That means they have as much as 1 1/2 points more alcohol and lots of sweet red fruit. The wines are sound (my new favorite wine term), but just don ?t taste particularly Spanish. There ?s nothing really wrong with this, as long as you understand what ?s going on.

The El Coto ($11, purchased, 12.5%) , on the other hand, will never be confused with one of those wines. It ?s about as Spanish as they come ?  red wine from the Rioja region made with tempranillo, a very funky, classic mushroom/forest floor aroma, and a fair of amount of oak on the finish that shows up as vanilla. And don ?t worry about it being an older current vintage, since that ?s not unusual for Rioja.

What makes this wine even more enjoyable is that it ?s not old-fashioned in technique. There is lots and lots of bright cherry fruit, all in balance and all quite pleasant. And, since it ?s Rioja, it will pair with everything from roast chicken to meatier fish to grilled beef to Spanish cheese.

If this isn ?t quite a $10 Hall of Fame wine, it ?s a reminder that old-fashioned doesn ?t always mean out of date. 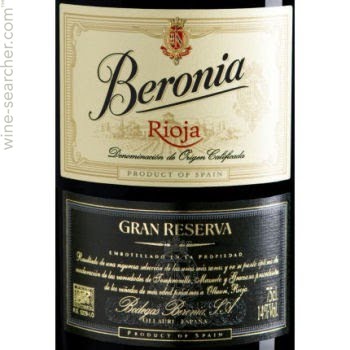 The Wine Curmudgeon loves Rioja. The Spanish red, produced in the northern region of Rioja and made mostly with tempranillo, is food friendly, classy, and a tremendous value. One can buy Gran Reserva, the best made of the three levels of Rioja, for pennies on the dollar compared to similar quality wines from the world’s other top wine regions. And $10 Riojas are almost always equally as excellent values.

The Beronia ($28, purchased) is a more modern style of Rijoa, which means it’s bit higher in alcohol and has fresher, more forward fruit. It’s still the classic cherry that Rioja is known for, but a lot more noticeable. And modern though it may be, it still smells like a Rioja (I’d say funky; the correct winespeak is probably spicy or earthy) and it posseses the lively acidity and well-integrated oak that these wines are famous for.

One of the favorite moments in my wine career was a lunch in a small town in Rioja, with a bottle of Crianza (the basic level of Rioja), roast baby lamb and canned white asparagus. I can still taste the way the lamb and the wine went together, and it makes me smile whenever I think about it.

And a tip o’ the Curmudgeon’s fedora to Laurie Daniel, who judged with me at last week’s Dallas Morning News-TexSom competition, and donated this bottle to the cause because she didn’t want to cram it in her luggage. Much appreciated, Laurie.