• Raeburn Rose 2019 ($13, sample, 13.5%): California pink with some tart raspberry fruit that is well made, but the longer it sits in the glass, the more you notice the lingering residual sugar and that it’s not quite dry rose.

• Vigouroux Pigmentum Malbec 2014 ($10, purchased, 13%): Didn’t notice the vintage when I bought this French red, and that is so tasty is amazing given its age. Still has a little dark fruit and some earth, and still eminently drinkable.

• Château de Montmirail “M” 2018 ($10, purchased, 14%): This red Rhone blend has some heft and black fruit, but isn’t overdone or too heavy. Availability may be limited, which is too bad since it’s close to a Hall of Fame wine. Imported by Kindred Vines

• Excelsior Chardonnay 2018 ($10, purchased, 14%): This South African white will not help the country get back into the U.S. market. It’s a Kendall Jackson chardonnay knockoff, complete with residual sugar. Imported by Cape Classics 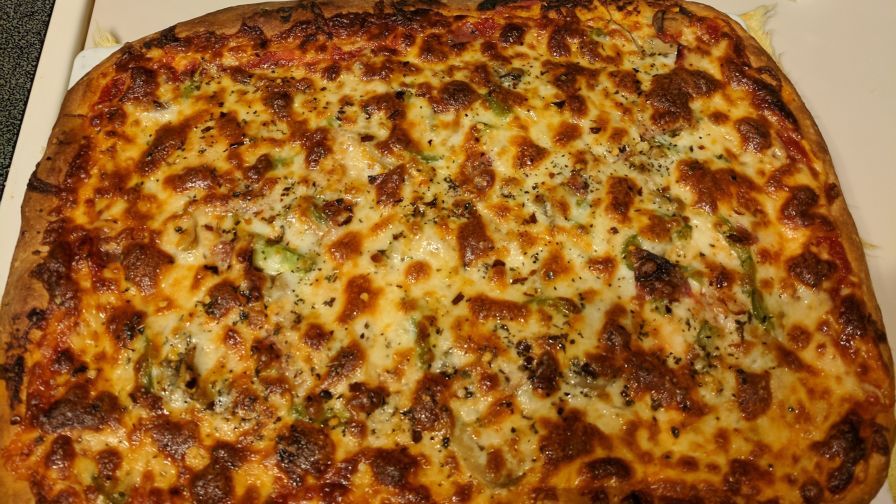 Clos Chanteduc, a French red Rhone blend, is the kind of wine that reminds us why we love wine

The Clos Chanteduc is the kind of wine that explains why the Wine Curmudgeon loves wine: It’s not just that its sum is greater than its parts, but that it’s so honest and so direct that when I taste it, I can imagine sitting in the French farmhouse near where the grapes are grown.

Am I being a bit too poetic, especially given how cranky the last 18 months of wine tasting have made me? Nope. That’s the reason for all my waxing – because this wine has nothing to do with the overpriced plonk that I’ve had to plow through to do my job. The Clos Chanteduc ($18, purchased, 13%) is what red wine from France’s Rhone should be:

• Funky, with that appealing rustic aroma, yet also fresh.

• Fruity, with lots of wonderful red grenache fruit, but also earthy – forest floor and mushrooms, from the syrah in the blend.

• Traditional in style, but done with modern winemaking. How else to explain this quality for this old a vintage at this price?

I didn’t know this when I bought the wine, but Clos Chanteduc is owned by cookbook author Patricia Wells and husband Walter. Wells made her name writing about French bistro cooking (I own a couple of her books), and the wine fits that style perfectly. It’s steak frites and roast lamb with potato and tomato gratin and chicken braised in red wine – the sort of food to serve your friends with lots of wine and conversation and hope that dinner never ends.

Highly recommended. There are a couple of later vintages, and I would assume they are just as delightful. 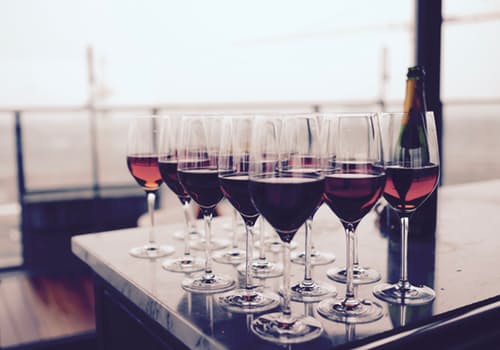 • Cusumano Insolia 2016 ($11, purchased, 12.5%): This Sicilian white, made with the native insolia grape, is heavier and more chardonnay like this time, without the freshness and citrus of past vintages. But what do you expect when some PR type describes the wine like this: “… a sensuality that could only be born under the Sicilian sun.” Imported by Terlato

• Torremoron Ribera del Duero 2016 ($13, sample, 14%): Well-made Spanish tempranillo from the Ribero del Duero that isn’t too heavy or too rich or too un-tempranillo. It’s the ideal wine for someone who wants something with more heft than Rioja, but doesn’t want to break the bank. Imported by Ole Imports

• La Bastide Saint-Dominique Côtes du Rhône 2016 ($18, purchased, 13.5%): A well-made, competent, and enjoyable red blend from France’s Rhone that tastes exactly like it’s supposed to – rich, fruity, a little earth. But it costs $5 more than it’s worth. Imported by Europvin USA

The Ortas Cave de Rasteau Le Grand Jas is Hall of Fame caliber wine, but don’t count on being able to buy it – unless you live in Dallas or Brazil

There are two things to know about the Rasteau Le Grand Jas. First, it’s one of the best cheap reds from the Rhone that I’ve tasted in years, a potential Hall of Fame wine. Second, that you probably can’t buy it.

Which, in my frustration, is why the Rasteau Le Grand Jas ($11, purchased, 13.5%) is the wine of the week. Even though I bought it at a large regional specialty grocer, Wine-Searcher’s exhaustive database says it’s only sold in Brazil.

How is this possible? It’s all about private labels and exclusive brands, the new consumer wine scourge. They have made availability an even bigger problem than it has traditionally been – and it has always been a big problem. Increasingly, just because I buy a wine in Dallas – or you buy one in your part of the country – there’s no guarantee anyone else can buy it in anywhere else unless it’s a Big Wine label.

Hence, the Rasteau Le Grand Jas. It’s an exclusive brand, where the wine is only sold by one retailer in this country (or, in some cases, one retailer in each part of the country). The best-known of these are Trader Joe’s Two-buck Chuck and Costco’s Kirkland private labels; you can’t buy them anywhere else. The idea behind private label and exclusive brand is to offer consumers something they can’t get anywhere else to ensure their loyalty and to enjoy higher profit margins than with national brands like Kendall Jackson or Barefoot.

Private label and its like have become so common in wine that Nielsen wants to track them, but they’re so difficult to identify that the company – which has been tracking retail sales for decades – can’t always tell which wines to count. And, if you look at the Rasteau Le Grand Jas, there’s no indication it’s only sold in the store where I bought it. Or in Brazil.

Compare this to private label peanut butter or ketchup, where it’s obvious what you’re buying. This makes knowing whether I can write about a certain wine even more difficult. How can I tell if it’s exclusive or private or sold throughout the U.S.? One of the only clues for foreign wines is the importer; there are a handful that specialize in private and exclusive labels. But not even the geekiest among us knows all of them. In this case, it’s Sabaca Beverage Group in suburban Chicago (which apparently doesn’t have a website — talk about not attracting attention).

Know, too, that private label and exclusive wines inhabit a very gray area under the three-tier system. In most states, distributors aren’t allowed to offer a wine to just one retailer or restaurant, but must make it available to everyone in their market. So how does Two-buck Chuck end up only in Trader Joe’s? Somehow, all the wine is always sold to Trader Joe’s before anyone else has a chance to buy it. In other words, there’s a gentleman’s agreement, where I won’t complain about your private label if you don’t complain about mine.

So here’s what you need to know about the Rasteau Le Grand Jas, in case you’re in Dallas or Brazil: It’s a grenache blend that speaks to the Rhone, with grip and punch and terroir, as well as black pepper and deep, dark black fruit. Highly recommended, and just the wine for fall beef and chicken braises.