Maybe they carry a celebrity’s name, or piggyback off a TV show. Regardless, there is almost no reason for these pop culture wines to exist other than to bamboozle the consumer

What do you do when you have lots of bulk wine (and know that the world is awash in bulk wine)? You make pop culture wine, whether named for a celebrity, TV show or movie, or something equally as wine-like. That the finished product is overpriced and of middling quality – at best – is irrelevant.

Not all celebrity wine is useless. The wines I’m writing about, though, don’t exist because the wine is worth drinking. They’re made because the grapes are cheap and the margins are high, and they get a lot of free ink, cyber and real, from the non-wine media.

Because, as I have written many times before, the scam’s the thing when it comes to wine consumers. Hence, some of the dumbest pop culture wines:

• Hello Kitty. Hello Kitty makes children’s clothing. Can someone explain the wine connection to me? And the wine isn’t cheap, either, costing as much as $30.

• A gaggle of film and TV wine from a California marketer called Lot 18, including labels from The Living Dead, Lord of the Rings, Game of Thrones, and Saturday Night Live. The best description of these comes from wine marketing guru Paul Mabray: “Fakers, not makers.” Besides, blow was the drug of choice on SNL.

• Downton Abbey. Overpiced French plonk that has about as much to do with wine served to upper crust English families as I do with $200 Napa Valley cabernet sauvignon.

• Drew Barrymore wine. Barrymore’s problems with alcohol and drug abuse are well known, which baffles me. None of the drunks I’ve known could front for a winery, and they’d be the first to tell you so. And the less said about the Barrymore rose, the better.

• Star Trek. Kirk should have scrambled the brains of the marketing wise guy (didn’t it alway work on computers?) who thought of this. It makes about as much sense as the Star Trek: Enterprise series.

• Skinnygirl. It’s not so much the world doesn’t need diet wine, but that many retailers care more about it than they do real wine. A leading Dallas chain executive told me that the only way he would sponsor a Drink Local promotion was if I got Skinnygirl founder Bethenny Frankel to do the event. 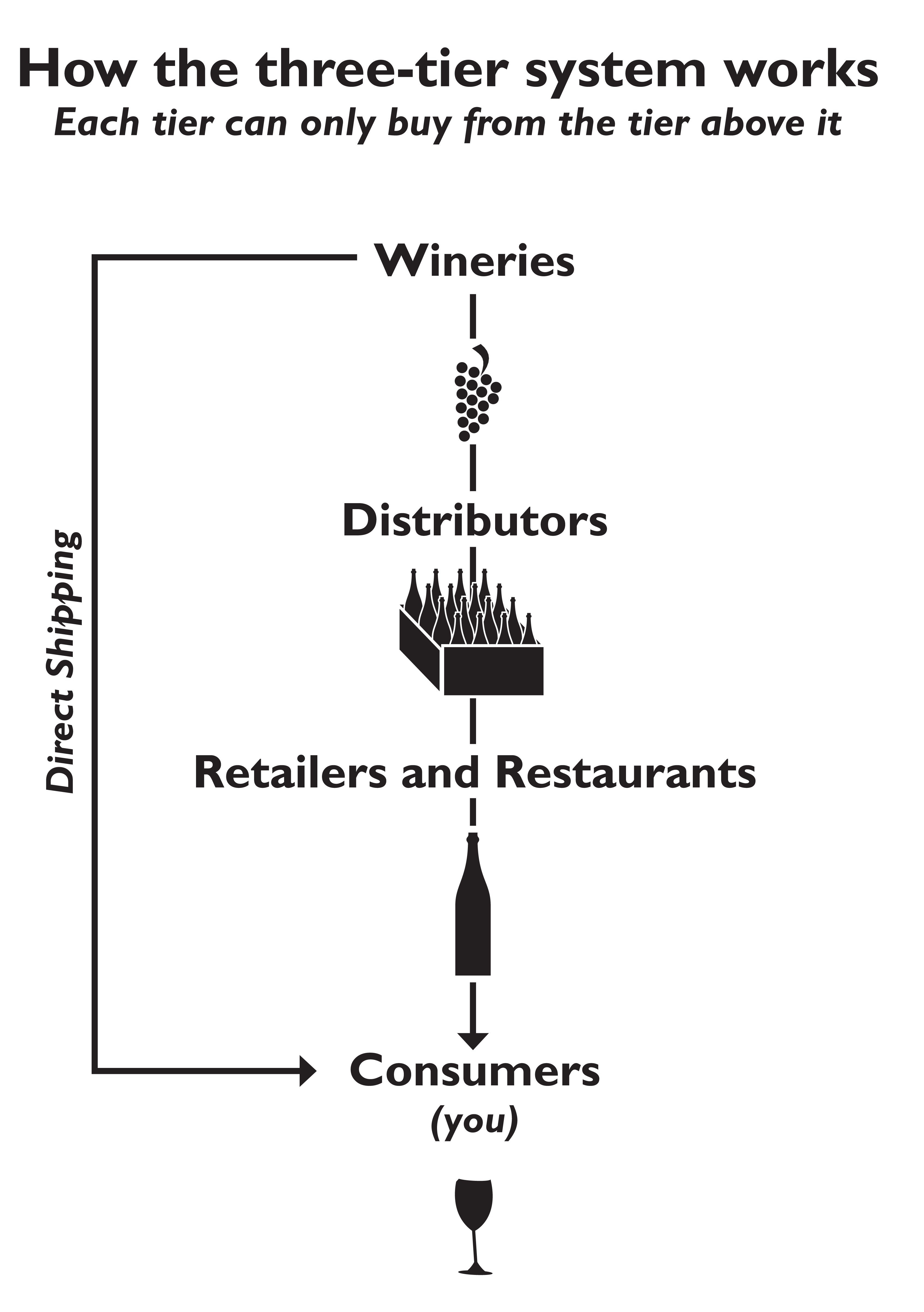 Paul Mabray, who knows this stuff better than almost anyone, says the end of the three-tier system is coming. It will probably be later rather than sooner, but Mabray is convinced that technology, combined with three-tier’s built-in inefficiency, will make the system obsolete.

The Wine Curmudgeon mentions this because my views on three-tier are well known. The system, which mandates how wine is sold in every state, says consumers can’t buy wine from the producer (with some exceptions), but must buy it from a retailer, who must buy it from a distributor. Buying wine from an Internet retailer, the way we buy clothes from Overstock.com or computers from New Egg, is almost always illegal. In this, three-tier is constitutionally protected, so we’re stuck with it until the end of time or until we reform campaign finance laws, which is about the same thing.

But Mabray, the chief executive officer for VinTank, which helps wineries use the Internet and social media to market their products, sees the situation from a completely different perspective.

“Market access should not be constricted by antiquated regulations, but by market choice,” he says. “Yes, there needs to be regulation to enforce a regulated product but forcing it to go through a mandated tier structure is outdated.”

Mabray said this during last month’s Silicon Valley Bank State of the Wine Industry presentation, and I was so intrigued by what he said that we talked about the subject this week. He reiterated it during our chat: Trying to stop the advance of technology with artificial barriers is almost always futile, and three-tier will eventually break itself.


How that will happen involves lots of supply chain geekiness, but Mabray is convinced that Internet technology — the same thing that has allowed Amazon to make money by selling diapers for next day delivery, unheard of a decade ago — will come to wine. Three-tier as we know it will break down because it will be too expensive and too complicated to work the way it does now. Even the distributors, who have the most to lose, will want to change it to make it more consumer-friendly.