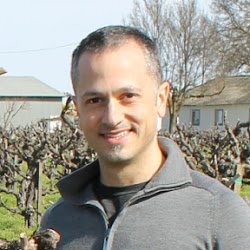 Joe Roberts: “Some of us have been sounding warnings for almost an entire decade.”

This week’s wine news: 1 Wine Dude’s Joe Roberts takes on premiumization, plus the grape glut worsens and the Wine Advocate is sold

• “Impending hangover?” Joe Roberts, who writes the 1 Dude Blog, doesn’t mince words: “It seems that, in focusing on selling higher and higher priced wine to a dwindling set of older consumers, the U.S. wine business has painted [itself] into a corner. …” I asked Joe about the piece, which rips the wine business as few others have, and he pointed out he has been warning the wine business about its follies for as long as I have. Maybe we can beat this premiumization thing after all.

• “A steep decline?” California’s grape glut continues to get, well, gluttier. The Napa Valley Register, the industry’s hometown newspaper, reports that “2019 has been a year where it’s tough to sell grapes and bulk wine.” In fact, even Napa Valley cabernet sauvignon – the epicenter of premiumization – has plummeted in price. Quality cabernet, says one broker, has been selling for one-quarter to one-third the price of past years. This almost certainly points to lower wine California wine prices – if not in the next six to eight months, then by the end of next year.

• So much for that strategy: In 2012, Robert Parker sold the Wine Advocate to a group of Singapore inventors. The goal, the company said at the time, was to expand the reach of perhaps the most influential magazine in the history of wine to China. So the news that France’s Michelin Guide has bought the 60 percent that it didn’t buy in 2017 probably speaks to the end of the strategy. The story in the link is mostly a puff piece that really doesn’t explain what’s going on, but there’s a sense that Michelin’s need to expand its food and wine review business trumped whatever plans an independent Advocate had or could afford.