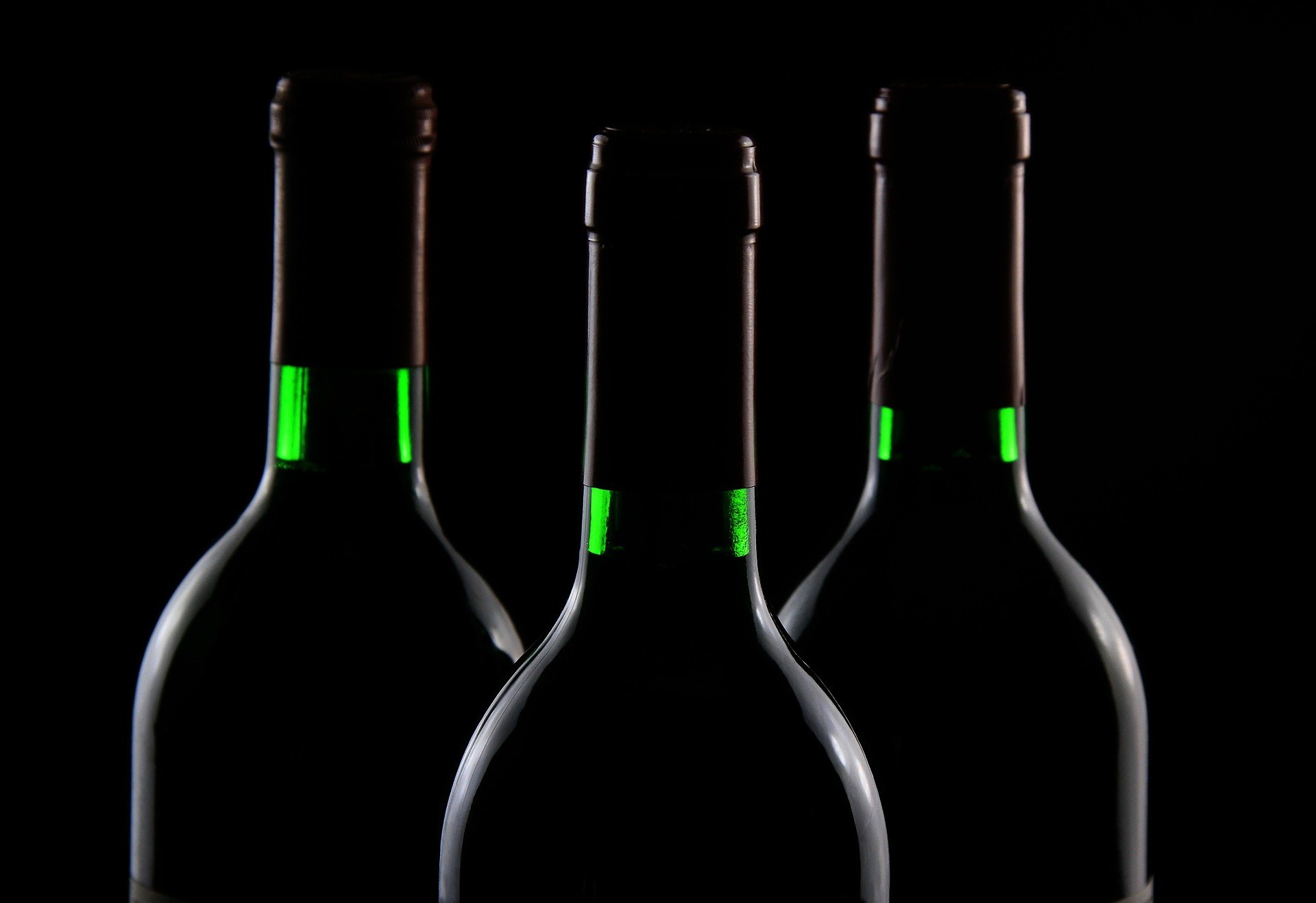 This week’s wine news: California betting on organic wine, plus three-tier lawsuits and an English critic signs off on New York wine

• Make it organic: Organic wine has never been especially popular in the U.S., with a market share in the low single digits. But several producers see its growth as part of premiumization, as consumers pay more for better quality wine. “I think it’s going in the right direction. It’s just not happening as quickly as we like,” says one winemaker. “I think it’s inevitable.” Perhaps. But until consumers see a difference between organic wine and conventional wine – the way they do with tomatoes – inevitable doesn’t necessarily mean anything.

• Join the lawsuits: Want to participate in the upcoming Tennessee three-tier case that will be heard by the Supreme Court? Then you can contribute to a Go Fund Me campaign to pay for an amicus brief asking the court to overturn the Tennessee law. The campaign, sponsored by a retailer trade group and WineFreedom.org, which works for three-tier reform, was near its $25,000 goal at the beginning of the week. Meanwhile, the trade group for the country’s distributors and wholesalers filed an amicus brief asking the court to uphold the law because three-tier is vital to the safety of the republic.

• Drink Local: Andrew Jefford, writing in Decanter, has been to New York’s Finger Lakes and found it worth drinking: “We are as far from Red Cat” as possible, referring to the legendary cheap, sweet white wine that fueled New York’s wine business for decades. That Jefford, one of Britain’s leading wine writers, likes what he found in the Fingers Lakes speaks volumes about how far Drink Local has come.

? It’s official: The most Winestream of the Winestream Media has anointed rose, which means it’s now safe for the rest of us to drink. Shanken News Daily, the wine business new service owned by the same company that owns the Wine Spectator, reported last week that “Ros Boom Shifts Into High Gear.” And how do we know this? Because an important New York City retailer is selling lots of expensive rose, while an importer is going to bring us what the story calls a “pocket-book friendly” rose for $35. That the rest of us who have been drinking $10 rose, and who are responsible for the huge growth in rose reported in the story, really doesn’t matter to our wine betters, does it?

? Statistics and wine apps: According to the wine app Delectable, grower Champagne is becoming very popular, and we’re drinking more of it because “it seems like suddenly all these chefs and sommeliers are drinking these Champagnes that I ?ve never heard of. I want to try that, too. ? That grower Champagne (an artisan-style, small production bubbly) accounts for less than five percent of U.S. Champagne sales, and that all sparkling wine is only about 20 percent of the total U.S. wine market speaks volumes about how little wine app users reflect the typical U.S. wine drinker. This is not to knock the app, which has been well received, but to note how crappy most reporting is about wine trends. Now, if Delectable had figures on sweet red wine consumption. …

? Happy birthday: One of the best U.S. wine producers celebrated its 30th birthday last week, and that it is Chateau Frank in upstate New York makes the occasion that much more enjoyable. The Frank family, father Konstantin and son Willy (who started the winery), helped improve the quality of not just New York wine, but of wine made everywhere in the U.S. that wasn’t on the West Coast, and showing that it was possible to make quality wine in a part of the country that the experts laughed at. The Drink Local movement would have been impossible without the Frank family.

? Spectator strikes again: Just when you thought that the Winestream Media had accepted regional wine, the Wine Spectator fired a shot over the bow reminding everyone just how inferior regional wine is and always will be. Which didn ?t please regional wine advocates in New York ?s Long Island region. Lenn Thompson at New York Cork Report sums it up nicely: ?In short, there really isn ?t anything new here and I ?m left wondering what the point is, honestly. Been there, done that. ? The point, of course, is that we can ?t make any decisions about wine on our own without checking with the Spectator first.

? Consumers care about wine, not closure: More than 9 out of 10 serious U.S. wine drinkers don ?t really care whether their wine has a cork, screwcap or synthetic closure, reports a study done this spring. Instead, they ?re more concerned with varietal, price and region. This should not surprise regular visitors here, given the Wine Curmudgeon ?s focus on making wine easier to drink. Yes, the survey was commissioned by Nomacorc, the world ?s largest producer of synthetic wine closures (and a sponsor at our recent DrinkLocalWine conference), but these numbers tally with others I ?ve seen over the years. The other interesting thing about the study? One-half of respondents have experienced some type of problem with natural cork, either with it being difficult to remove or breaking when it ?s opened. Which, of course, doesn ?t happen with a screwcap.

? Useless wine gadgets: The Drinks Business, the English liquor trade, comes up with a list of the 10 wine accessories no one really needs. The magazine is to be much applauded, since wine gadgets have always seemed like a way to get wine drinkers to spend money on something other than wine. My favorite in the slideshow is the wine rack robot, if for no other reason than I can ?t believe anyone really thought of it.

? New York wine: How about the Finger Lakes as the next great wine region? No less than the Atlantic says so, and who am I to argue with a big deal East Coast magazine — and especially when our fourth annual DrinkLocalWine conference is set for this this week? Reports writer Caroline Helper: "At the end of the day, the Finger Lakes is producing some truly inspired wine, and perhaps more remarkably, the winemakers there are doing it in a way that is rather inspiring."

? Alabama wineries urge boycott: Not as much good news in Alabama, where a state legislative committee killed a bill that would have allowed the state's 14 wineries to distribute their wine without a distributor. The bill was apparently tabled at the behest of the state's beer distributors, who were terrified that any change in the three-tier system would cost them money. Like they don't already make enough. The wineries' response? A boycott of the state's national beer brands, including Budweiser, Miller and Coors, to protest the decision. They have the Wine Curmudgeon's support.

? Pricier California wine? Silicon Valley Bank, which is supposed to know about these things, predicts that U.S. consumers will have to pay more for domestic wine, settle for lower quality, or buy cheaper imports. Its annual report on the wine business says there is a serious shortage of California grapes, which will last for a while and kick prices higher.

? Airline wine quality: Yes, flights are oversold, the overhead bins are crammed, and the seats are uncomfortable. But know what's worse? The wine is lousy, reports the Baltimore Sun, especially for those of us who fly in coach. Which, come to think of it, may be why the Wine Curmudgeon has not had a glass of wine on a plane in years. Typically, they're brands I've never heard of (or avoid because I have heard of them), and the article notes that many U.S. airlines don't much care about wine quality.

? Oregon pinot noir fight: What happens when one Oregon winery says it's the birthplace of pinot noir, the state's national grape? The other wineries that claim they're the birthplace take exception, and nasty fight develops. Oregon's News-Times newspaper has the details, in which the men who run Eyrie and Hillcrest wineries have taken exception to a marketing campaign that says what is now the David Hill winery was the pinot pioneer. This is as sad as it is predictable, a function of the way the wine business works. I've seen these kinds of squabbles in many other states, including Texas. What people lose sight of, said one Oregon winemaker, is that "Boasting about where Oregon pinot was born is really antithetical to the culture of how Oregon wineries sell our wine and educate people about the area."

? New York board will close?: New York's budget crisis could mean an end to the state's wine organization, which would be a huge mistake. The New York Wine and Grape Foundation saw its funding removed from the state's proposed budget, which means it would close in June. The foundation and president Jim Trezise have done miraculous work for New York wine — and for all of regional wine — and eliminating the organization will undo much of that success. It's difficult to believe that the state doesn't have $700,000, which the foundation spent last year, for the next budget.