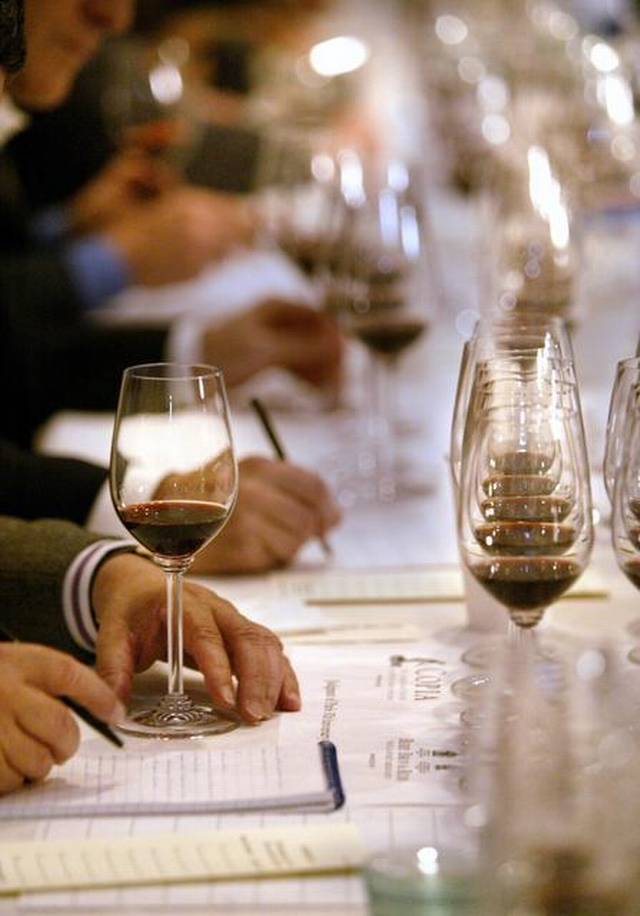 Most wine competition judging doesn’t start with a reception at a 200-year-old French Quarter home with a Warhol and a George Rodrigue hanging on the wall. And none that I know of include dinner at one the world’s legendary restaurants (yes, I wore a tie). But the first New Orleans International Wine Awards weren’t quite like any other wine judging.

The four judging panels tasted some 500 wines over two days, and quality was mostly good – that’s not always true for a first-time competition. There were several highlights (I’ll link to the results when they’re available):

• I not only survived the 44 chardonnays we tasted almost first thing on Wednesday morning, but even enjoyed some of them. My panel gave a handful of gold medals, and most of the wines that weren’t golds were well made. That’s not often the case when judging chardonnay, which can easily be the worst part of any wine competition.

• The highlight was easily the red Rhone-style bends, where we gave a double gold and several golds among the 19 wines we tasted. These were not one-note, lumpy, fruit-driven wines, as can often happen, but showed the terroir of a variety of regions. It was one of the best categories I’ve judged in years.

• We did 36 malbecs, merlots, and cabernet francs (an interesting grouping). Again, given how syrupy and over-ripe these varietals can be, quality was surprisingly consistent, and we gave more golds than I expected.

• Two of the three best of competition wines were regional — a rose from the Finger Lakes in New York and a gewurztraminer from the even less well know Lake Erie appellation that straddles Ohio, Pennsylvania, and New York.

• One of the bonuses of judging here? Discussing the proper way to make gumbo with several members of the back room staff (the people who bring the wines out for the judges to taste). Regular visitors here know how particular I am about gumbo (no tomatoes!), and it was a pleasure to share techniques with people see see gumbo as the culinary treasure that it is.

• Thanks to Jill Ditmire and Ken Landis, who judged with me. They patiently endured my war stories about working in Houma, La., 60 miles southwest of New Orleans, when I was a young newspaperman, and even more politely listened to my ranting during a particularly tiring stretch of sweet, dull, and lifeless cabernet sauvignons.