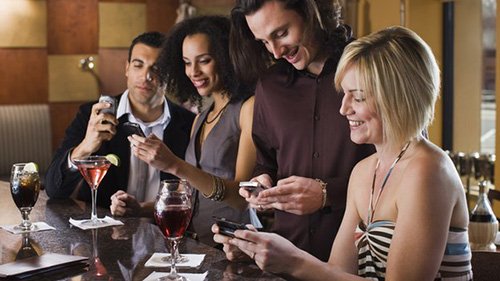 Reviews of wines that don’t need their own post, but are worth noting for one reason or another. Look for it on the fourth Friday of each month. This month: Maybe New Year’s wine, maybe not

• Mumm Napa Brut Reserve NV ($18, purchased, 12.5%): How the mighty have fallen, and how sad it is to taste. This used to be one of the best affordable California sparklers, with fresh fruit and lots of interest. These days, it’s soft and almost flabby, with gassy bubbles — just one more focus group wine.

• Boordy Vineyards Landmark Reserve 2014 ($44, purchased, 12%):  Maryland red blend speaks to terroir and how distinctive regional wine can be when it’s not trying to imitate French or California wine. Soft tannins and a long finish, plus a little spice and ripe, but not sweet black fruit.

• Mommessin Beaujolais Nouveau 2018 ($10, purchased, 14%): This French red is better than what has passed for Beaujolais Nouveau over the past decade, with a little more acidity and not nearly as much banana fruit. But it’s still softish and too bubble gummy. Imported by Boisset America

The best news from Drink Local Wine ?s fifth annual conference over weekend in Baltimore is that the local wine movement is, finally, about more than wine geeks. It ?s about local, and that ?s as it should be.

One of the things that always flummoxed us during DLW ?s early years was the antipathy that local food people felt for local wine. I ?ll never forget the phone conversation I had with a prominent Missouri food blogger when I invited her to the 2011 event in St. Louis. I could almost see her turn her nose up: ?Why would I want to drink Missouri wine

END_OF_DOCUMENT_TOKEN_TO_BE_REPLACED

This week, the second most important wine writer in the world wrote about what she called the 50 states of wine: ?But the exciting thing is that the proportion of good to very good wine made somewhere other than on the Pacific coast has been increasing markedly recently. ?

And then Jancis Robinson mentioned Drink Local Wine. Even the Wine Curmudgeon had to smile.

Five years ago, when we held the first Drink Local Wine conference, I fully expected it to not be very successful. Why would anyone want to come to a day-long event at a culinary school to listen to people talk about Texas wine? I thought it would be interesting — but that was one more reason why no one would attend, given how out of step I am with most of the wine world.

As usual, I was wrong. What I didn ?t realize then, and which has become increasingly evident over the past five years, is that most of the wine world is out of step with local wine. They dismiss it as marginal or not well done or economically insignificant, but all they want to do is to sell wine with cute labels that tastes exactly the same. Which is not what anyone who cares about local wine cares about.

Drink Local Wine is the best evidence of this. We ?ve put on five conferences in five years, plus five Regional Wine Weeks, without one paid employee ? just volunteer executive directors, a volunteer board, and a volunteer president. We have spent so little money for each conference that it ?s kind of embarrassing. The first thing I always had to explain to sponsors was that we weren ?t there to give them a big-time hospitality suite; we were there to tell the world about local wine, and what little money we had went for that.

And five years later, we ?re poised for the biggest and best conference ever ? this weekend in Baltimore focusing on Maryland wine.This wouldn ?t have been possible unless there was a demand for what we were doing. Yes, we worked hard on DLW, and we had some wonderful people do that work because they believed in local wine. And, yes, we were smart and savvy and ahead of our time.

But it was never about us, because all we did was tap into the growing enthusiasm for local ? local wine, local food, local retail and everything that isn ?t Walmart and mass produced and soul sucking. That we were able to help, and that I was part of it, is one of the best things I have ever done.

I won ?t be in Baltimore this weekend, but will be following the conference ? on Twitter, of course, using the hash tags #MdWine and #DLW13. Which is something else local wine gave the wine world ? the Twitter tasting. I wonder: Is the wine world angrier at us for that than for making them pay attention to local wine?

That's at  8 p.m. central on Wednesday night, where a crowd of people — representing wine from Texas, Maryland, Florida, and Virginia  – will talk about what's going on with the drink local movement as well as DrinkLocalWine's upcoming conference in Colorado (and the train ticket giveaway). This is a Twitter event, so follow the conversation at #winechat. I'm @wine_curmudgeon on Twitter.

A big tip o' the Curmudgeon's fedora to Dezel Quillen, Virginia wine blogger extraordinarie, who put this thing together and patiently answered my questions about the format.