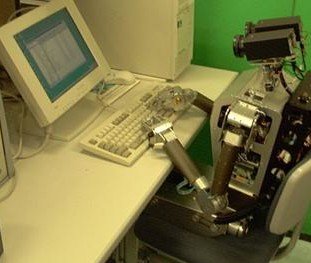 This AI’s wine notes may not be as good as those written by a human — so how bad would they be?

AI wine writing technology needs to advance past copying a formula, even for something as simple as a tasting note

Will software replace wine writing? We’ve worried about this on the blog, where every advance in artificial intelligence made AI wine writing seem that much more likely. It became especially terrifying after noted journalist Barbara Ehrenreich wrote in the New York Times that some writing “could itself be automated and possibly improved by computers.”

Not to worry, though. Two recent reports found that no matter how far artificial intelligence writing has come, it hasn’t come quite far enough, even for AI wine writing.

The New Yorker’s John Seabrook offered the most complete story about AI writing I’ve seen. “Each time I clicked the refresh button,” he wrote, “the prose that the machine generated became more random; after three or four tries, the writing had drifted far from the original prompt. … [I]n a way that reminded me of Hal, the superintelligent computer in ‘2001: A Space Odyssey,’ when the astronauts begin to disconnect its mainframe-size artificial brain.”

That’s more or less the conclusion, too, of the Johnson column in The Economist working off of Seabrook’s essay: “Don’t fear the Writernator,” Johnson said, and so it looks like human wine writing has been saved – for the time being, anyway.

Why was I so worried? Because there have been so many advances in AI writing that it seemed inevitable that something as formulaic as what we do would be turned over to an AI. How difficult would it be to write an algorithm that would parse wine grapes, wine regions, and descriptors to give us what we see all the time in every Wine Magazine? How much cheaper would it be to dispose of wine writers? After all, it’s not like writing a tasting note-style wine review is like writing for the New Yorker.

And, in fact, tremendous progress has been made with tasting note-style writing. As I reported last summer, it’s possible to use basic Python programming skills to come up with formulaic writing like tasting notes thanks to advances in neural network research and how to mimic what the human brain does. I wasn’t able to write reviews for the blog, as I had hoped; my Python skills are too rudimentary. But those more advanced are apparently doing it.

But both Seabrook and the Johnson writer argue that even that simple kind of writing is still a ways off. It’s one thing to teach a machine how to route rush hour traffic, but it’s something completely different to teach it how to write. Mimicking a formula is not writing.

“What eludes computers is creativity,” said Johnson. “By virtue of having been trained on past compositions, they can only be derivative. Furthermore, they cannot conceive a topic or goal on their own, much less plan how to get there with logic and style.”

Which makes me feel a lot better.