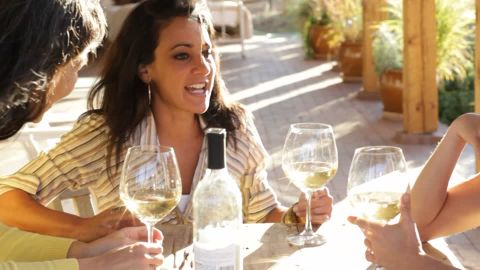 This week’s wine news: The WC’s readers didn’t desert the blog during the Super Bowl, plus a grocery chain installs a robot bartender and a New York City booze museum

• Thank you, readers: This year’s Super Bowl must have been as lackluster as the score indicated, since the blog didn’t suffer its usual 30 percent drop in traffic. In fact, visitors increased 21 percent over a typical Sunday, the second year in a row for better than average numbers during the game. I’m not sure why – maybe it was everyone avoiding the third successive Yellow Tail commercial. “It tastes like happy” was dumb, but it was still a marked improvement over two years of the Roo.

• Do you tip it? Gelson’s Narkets, an upscale grocer in southern California, has added the Somabar robot bartender to a couple of its in-store wine bars. The machine – which loads containers of booze and mixes the cocktail in 10 seconds, uses lower-proof spirits to mirror almost two dozen drinks, including margaritas and cosmopolitans. This allows wine bars to skirt licensing issues that prevent them from serving drinks with full strength spirits.