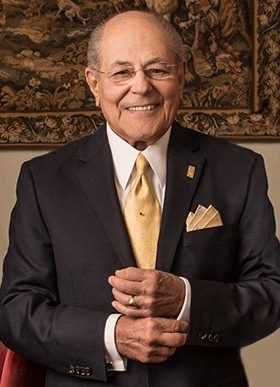 • Tony Terlato: Tony Terlato, whose self-named company was one of the U.S.’ leading wine importers and eventually became a high-end producer as well, died last week. He was 86. Among Terlato’s accomplishments: Popularizing Italian pinot grigo in the U.S. I was lucky enough to meet Terlato in the blog’s early days, at a massive high-end California wine tasting in Dallas. He was polite and a gentleman, even though he had no idea who I was. Terlato’s philosophy always struck a chord with me, even though his wines were usually too pricey for the blog: “No matter what you’re doing, if you’re not making decisions for quality reasons, you’re going backwards. Quality is the only thing that endures.”

• Ontario says no: Canadian liquor laws, if not quite as convoluted as many of those in the U.S., have their own special charm. The province of Ontario, for example, has decided not to make it easier for its residents to buy Canadian wine from elsewhere in the country, reports WineLaw.ca. Currently, Ontario residents can’t buy wine directly from a producer in other provinces, but must buy it from the province-owned liquor stores, the infamous LCBO. Apparently, the LCBO didn’t want to lose its monopoly.

• Beer into Christmas trees: Hundreds of thousands of unused kegs of Guinness have been used to fertilize Christmas trees during the coronavirus lockdown, reports Britain’s Press Association. The project is one of several undertaken by the Irish brewery to use millions of liters of stout, beer and ale from closed pubs and bars. This is only the second time Guinness reduced operations to the minimal level required to keep its yeast stocks alive in the past century.