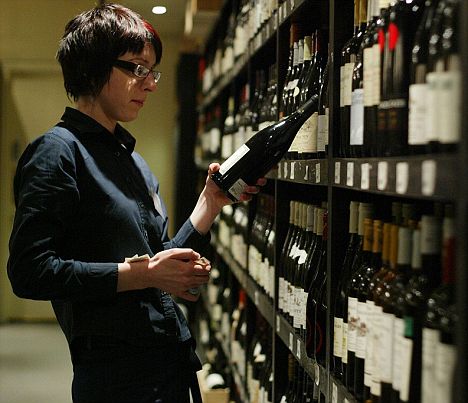 Big Wine’s increasing domination of the marketplace brings with it the idea that brands don’t matter the way they used to. If a brand doesn’t perform the way its owner thinks it should, it gets dumped or sold or ignored, and Kenwood is a prime example. It started as an independent, was bought by the same $100 million company that owns Korbel sparkling wine, and then sold to the $9 billion Pernod Ricard conglomerate a couple of years ago.

Along the way, and especially after Korbel bought it, quality suffered. Production was almost doubled and what had been a decent grocery store brand became the kind of wine I write cranky things about. Fortunately, Pernod Richard saw something that Korbel didn’t, and this vintage of the Kenwood sauvignon blanc ($12, sample, 13.5%) shows progress toward returning the brand to cheap wine quality.

The Kenwood sauvignon blanc tastes like it should, which I didn’t expect. Look for California grassiness, some citrus and tropical fruit, and a finish that is almost unpleasant but that ends so quickly that it doesn’t get in the way. Hopefully, more improvement will follow, and Kenwood will once again become the kind of wine you can buy in a grocery store without a second thought. It should also be around $10 in most supermarkets, another bonus.

One sign, though, that Big Wine will always be Big Wine: The back label suggests pairing the Kenwood sauvignon blanc with “spring roasted vegetable salad and herb-roasted fish.” My question? If I’m buying $10 wine in the grocery store, will I roast vegetables or fish (and especially fish)? I realize those pairings are there to give a cheap wine an upmarket cache, but do they really think they’re fooling anyone?