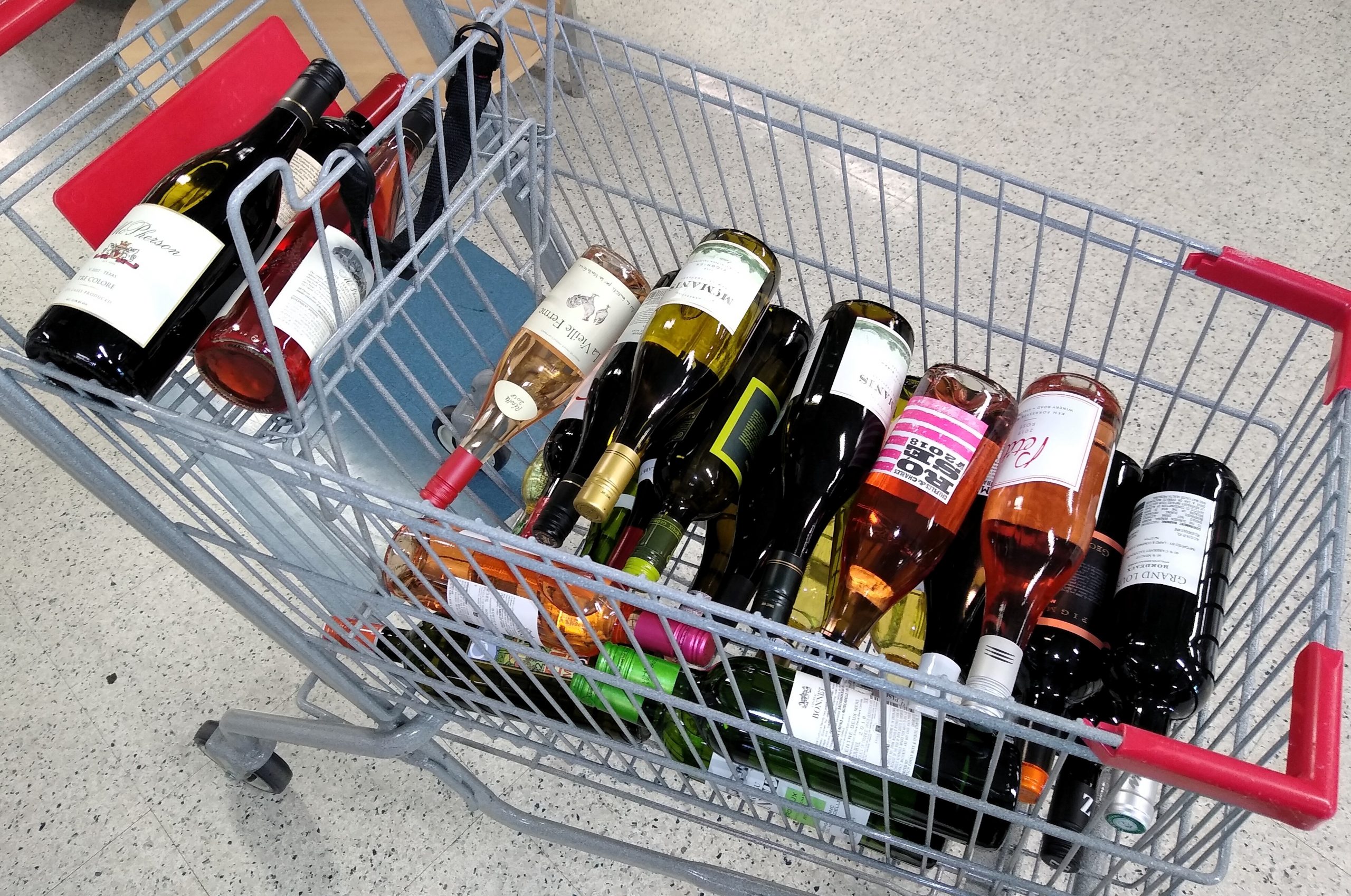 Panic wine buying, as the Wine Curmudgeon stocks up before a possible 100 percent European wine tariff.

The Wine Curmudgeon, faced with the prospect of a 100 percent European wine tariff, does some panic wine buying

The picture pretty much says it all. I spent an hour or so last week at Dallas’ biggest wine retailer, stocking up in case worse comes to worst. The result? 28 bottles of wine for $290. It’s good to know that the Wine Curmudgeon hasn’t lost his touch in the face of an international crisis of epic proportions.

A few thoughts after my panic wine buying:

• Lots of gaps on the shelves. Lots. I bought the last two bottles of the Chateau Bonnet white, and there wasn’t any Chateau Bonnet red or new Hall of Fame member Azul y Garanza, the $11, 1-liter Spanish tempranillo. Apparently, I’m not the only one who has panicked.

• Lots of cheap wine I haven’t seen before. It looked like the retailer had done some buying, too, stocking up on inexpensive European wine before the 25 percent tariff raised its prices. I bought some of these new wines, and will report back as the situation warrants.

• I even bought California wines. This included the always dependable McManis as well as the Shannon Wrangler red blend, which was the wine of the week 4 ½ years ago. Oddly enough, the wine cost $2 less this time. 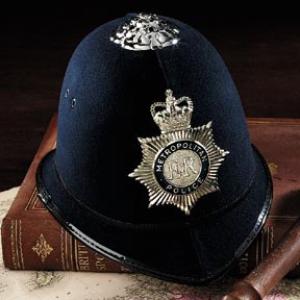 A country’s pop culture — its books, films, music, and TV — often provides a better insight into its values and beliefs than any number of academic studies. Want to learn about the Red Scare in the U.S. in the 1950s? A couple of Mickey Spillane novels, which sold tens of millions of copies, will probably tell you all you need to know. And any 21st century teenager can talk about sex, drugs and rock ‘n roll in the 1960s because their parents and grandparents listened to the Rolling Stones.

Hence the Wine Curmudgeon’s current fascination with European cop shows and what they say about the European idea that wine is part of everyday life. Watch a program from the continent, be it as ordinary as Britain’s “Midsomer Murders” or as intriguing as the Swedish version of “Wallander,” and wine is a fixture at the dinner table. In “Dicte,” a series about a female Danish crime reporter who is almost as tough as Spillane’s Mike Hammer and whose ethics would make Walter Burns of “Front Page” fame blush, the characters drink more wine than I do. And I drink wine for a living.

Compare this to U.S. cop shows, where wine is rarely seen and the best known characters, like “NYPD Blue’s” Andy Sipowicz and “Law & Order’s” Lennie Briscoe, are alcoholics. Even when there is wine, like “The Closer” and Brenda Leigh Johnson’s glass of merlot, there are enough drunks around (a cop on her squad and her husband) to make the point that wine is an exception.

Note, too, that the shows I’ve seen, mostly from Britain and Scandinavia, aren’t French or Italian, where you’d expect to see everyone drinking wine. Who knew the Swedes cared? But Kurt Wallander, the moody police inspector played to existential perfection by Krister Henriksson, treats wine the same way he treats the weather, his bosses, and his failed personal life. There is nothing out of the ordinary about any of them.

In one respect, none of this is surprising. Nine of the top 10 countries in per capita wine consumption are European; the average adult in France still drinks four times as much wine as the average American, despite all the laments about the collapse of Gallic wine culture. Which is why there’s more to wine culture than consumption statistics, or else so many in the U.S., currently the world’s biggest wine consuming country by volume, wouldn’t see wine with dinner as the next step toward an AA meeting. Like the Centers for Disease Control.


Culture is not something that can be manufactured by the Winestream Media rehashing those consumption numbers. Rather, it happens over time and in a way that no one really notices. The U.S. idea of rugged individualism, formed by the country’s frontier past, is still with us even though we haven’t had a frontier in 120 years. Wine needs to been seen as commonplace as the frontier once was, and we need to to accept it the way Wallander does — as ordinary as snow in a Swedish winter.

But that’s difficult to do when the people who oversee wine tell us we need special tools and a special language to drink it — and to accept their judgment about what to drink. That doesn’t happen in Europe, and if someone tried it, Dicte would probably slap them upside the head. And then pour herself a glass of wine.