Domaine de Pouy, from Gascony in France, is ideal for late summer and 100-degree temperatures – crisp and refreshing

Gascon white wines are some of the best values in the wine world. But they’ve fallen by the wayside since the end of the recession. There have been importer and distributor problems, as well as price increases for no other reason than all wine should cost more.

But the wines from Gascony in France’s southwest, made with grapes most of us don’t know, may be back in favor. Could it be that those same importers and distributors are looking for cheap, well-made wines to sell during the pandemic? For one thing, I’ve seen several reviews for Gascon whites I don’t know, always a good sign. For another, I was able to buy the Domaine de Pouy after a long absence from this market.

The Domaine de Pouy 2018 ($11, purchased, 10.5%) shows what these wines can be – enjoyable, food friendly, and refreshing. It’s certainly not the best of the bunch, but one of the great strengths of Gascon wine is that even the ordinary ones are better than ordinary. The de Pouy is crisp, with a lemonish, sauvignon blanc character, but it’s not as tart or as sharp as sauvignon blanc. As with all Gascon wines, there’s a bit of white grape flavor that offers balance.

Best yet, the low alcohol makes it ideal for late summer, when the Dallas temperature gets to 100 and stays there. Chill this, and enjoy it with a Friday night takeout dinner.

Imported by Fruit of the Vines 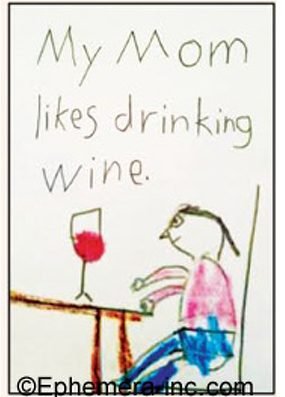 Forget the snide comments, and enjoy the Domaine de Pouy for the easy drinking value it delivers

Gascon wine, from the southwest of France, gets so little respect in the U.S. that a well known sommelier once asked me why I wasted my time with it. His loss, I suppose; witness the Domaine de Pouy.

One reason for this ambivalence is the ugni blanc grape, central to much Gascon wine. The Italians, who call the grape trebbiano, have not always done it. Hence, wines like the Domaine de Pouy ($10, purchased, 10.5%) are lumped into a category that they don’t deserve. It also doesn’t help that many Gascon wines use colombard, best known in this country for its role in poorly made, huge boxes of sweet wine.

But neither is a problem with Gascon wine, and I have tasted dozens. This vintage of the Domaine de Pouy is less citrusy (though still noticeably lemony), which I prefer. That means it’s less like sauvignon blanc and more like traditional Gascon wine, with that refreshing white grapiness and almost appley flavor.

Plus, at 10.5% alcohol, it gives new meaning to the phrase “easy to drink.” Chill this, drink it on its own or with any kind of salad or grilled vegetables, and enjoy.

This Gascon white wine set me up for a 2013 Curmudgie. I saw it in the store, and immediately doubted whether it would be any good, and for no reason other than I was being stupid.

A guy I know at the store talked me into buying it, and the first thing I did the next time I saw him was to apologize for being so cranky. What ?s the most important rule in tasting wine? Drink it before you judge it.

The de Pouy ($10, purchased, 10.5% alcohol) is another amazingly fresh, almost grapey wine from Gascony, made with grapes used almost nowhere else in the world. It ?s one of many Gascon wines I ?ve praised over the past several years, many of which are in the 2013 $10 Hall of Fame.

What sets the de Pouy apart is a green apple sort of citrus note that balances everything and takes the wine where most $10 wines don ?t go. Yes, it ?s a simple wine, but the best simple wines, like this one, aren ?t overdone or insulting. That ?s what makes them interesting.

Highly recommended; chill it and drink on its own, or with almost any kind of food that isn ?t red meat, a cream sauce, or spaghetti. It should stay in the Hall as long as it costs $10 — and as long as I don ?t judge it before I drink it.