? Winemaker leaves Cupcake? Adam Richardson, the winemaker who helped Cupcake go from a startup to one of the most successful wine brands in the United States, has reportedly been hired by embattled Treasury Wine Estates. Shanken News Daily reported last week that Richardson will oversee winemaking for Treasury ?s U.S. labels, which include Beringer, Stags ? Leap Winery, Souverain, and Meridian. If true, this means Australian-based Treasury will likely keep its U.S. labels, which are rumored to be for sale, and will step up its turnaround plans for the U.S. brands. That I ?m writing this using business reporter jargon speaks to the changes in the U.S. wine industry over the past decade, with multi-nationals treating wine the same way they treat other consumer goods. It ?s just one more example how wine is becoming a commodity like detergent or running shoes, and how the business is becoming marketing- and price-driven in a way it never has before.

? More retailers want to sell wine: We ?ve covered this on the blog before, but this story from the Arizona Republic newspaper (behind a limited pay wall) offers insights in why dollar stores want to sell wine. ?We want to be a convenient store, ? said Manuel Becerra, district manager for 99 Cents Only. ?You come to the store and you find everything you need. ? Who would have thought that included wine? The other important thing to note is that these stores, since they specialize in less expensive merchandise, are selling cheap wine, usually not more than $3 or $4 ? yet another example of how the wine world is changing.

? Whole Foods and wine: How does the country ?s biggest natural foods grocer decide what wines to buy? ?I’m looking for wines that are unique, that deliver value and have a sense of place — to me that’s one of the most important things about a wine — but at the same time will sell in all of our stores. If I try something I like and I think customers will like it, I’ll buy the entire production. ? That ?s the word from Doug Bell, the retailer ?s global wine and beer buyer. Think about that ? if he thinks the chain can sell a wine, he ?ll buy the entire production. To paraphrase that well-known philosopher, Dorothy from the Wizard of Oz, the wine business ain ?t in Kansas anymore.

Dec. 24 update: The blog has been going crazy for a week, thanks to Barefoot and Cupcake. Six of the top 15 days ever have come since Dec. 18, as people search the Internet for Barefoot and Cupcake reviews. If I'm getting numbers like this, imagine how much wine Gallo and The Wine Group are selling — and imagine how little they care what wine writers think of their products.

The blog has had four of its top 10 days ever in the last week, mostly because wine drinkers are looking for reviews of Cupcake and Barefoot for the holidays. And, as we well know, there aren't a lot of places to find those reviews in the cyber-ether.

Almost 10 percent of the visitors yesterday — the seventh-best day ever — used the search terms Barefoot or Cupcake to get to the blog. Which, if I understand how this stuff works, is an impressive figure, especially for a one-man operation like this.

The other thing worth noting: The people who visit the blog are much better educated and make a lot more money than the typical Internet user, according to Quantcast. And they're searching for cheap, grocery store wine. What does that say about the wine business?

And, because the Wine Curmudgeon is always eager to boost traffic, here are links to the most recent Cupcake and Barefoot reviews. 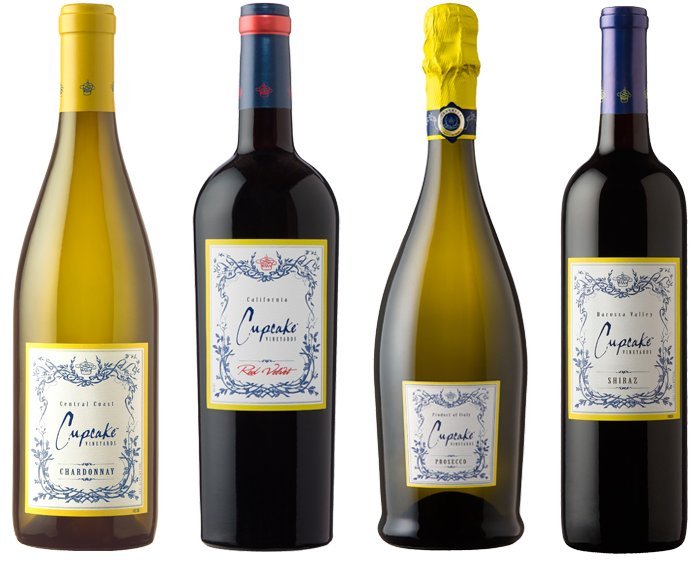 Cupcake, perhaps more than any other producer, understands the mindset of the 21st century wine consumer. Whenever I talk to any wine marketing type, the company’s efforts are always described with admiration. Or, as one analyst recently told Wines & Vines magazine: ?Everything Cupcake is selling is on fire. They are growing faster than practically anything I ?ve ever seen. ?

Which, of course, has nothing to do with what the wines taste like. It ?s one thing to come up with a clever name, an almost corny approach to branding, and those over the top yet demographically correct back labels. It ?s something else to make wine that someone will want to buy a second and third time.

Which is why I ?m here. More, after the jump:

END_OF_DOCUMENT_TOKEN_TO_BE_REPLACED

This review has been on the Wine Curmudgeon's to do list since Cupcake was named the country's hottest wine brand. And now that E&J Gallo's Barefoot, a similar sort of brand, has been anointed the country's top-seller, what better time to do the review? (And there will be a follow-up to the Barefoot post soon, which apparently created some controversy.)

The Cupcake wines are from Underdog Wine Merchants, which has established a very profitable niche by selling grocery-store wines with incredibly cute names — not just Cupcake, but brands like Fish Eye, Flip Flop, and Big House.

Cupcake always does well in blind tastings, and has earned some impressive medals at competitions. This wine got a big-deal gold medal at the California State Fair, and a silver at my pal Robert Whitley's Critics Challenge. So how would I feel about the wine when not tasting it blind, but with my critical, don't-judge-a-wine-by-its-label eye?

About the same way I feel about many grocery store wines. There was nothing really wrong with the Cupcake ($10, purchased) other than its price. It's a pleasant enough as $10 wine — not quite as interesting as the Bogle chardonnay, with some pear and green apple. It also had what seemed to be vanilla wood chips, which added a not subtle flavor that got in the way of the fruit (which may be a function of the wine not aging well, and the 2010 may not have that problem).

The catch, though, is that Cupcake is a $12 or 13 wine; this was on sale for $10, as near as I can tell, because it was a previous vintage. So that's the choice the consumer has to make. Do you pay an extra 20 percent or more for the name and label, or do you buy something like Bogle, which is often on sale for as little as $8 or $9? We all know the choice the Wine Curmudgeon would make.