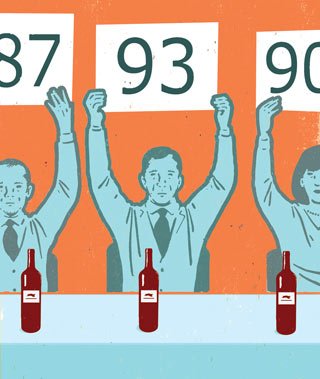 This week’s wine news: A Swiss study finds wine scores continue to be unreliable, plus an Aussie restaurant jacks up the corkage fee and a consumer group consortium asks for nutrition labels

• Not really: David Morrison, analyzing wine scores from two top U.S. critics, does not mince words: “I have rarely seen scores differ by this much — 13 points is a lot of quality-score difference. It is pertinent, I think, to ask whether these two people were actually tasting the same wines!” In other words, his math confirms what those of us who don’t use scores have said for years. Scores, at best, are an overview. At worst, they’re damaging to the wine business, confusing consumers and putting people off wine they might otherwise like.

• Yikes: A Swiss wine merchant claims an Australian restaurant charged him A$8,000 (about US$5,700) to bring eight of his own bottles to dinner. The story, from London’s Daily Mail newspaper, doesn’t have quite as many facts as I would like, but seems to be legitimate. This practice is called corkage – when one brings their own wine, the restaurant charges a corkage fee. It ranges from $10 to $30 a bottle; this way, the restaurant can make up for the lost sale but not gouge the guest. In this case, though, the Swiss claims he was charged $725 a bottle, about five times the value of the wine. It’s good to see Australian wine service can be as shabby as service in this country.

• Yes, labels: So much for the Wine Curmudgeon’s good intentions. I promised that last week’s post would be the final effort on the blog  about ingredient and nutrition labels, but then this happened: The Center for Science in the Public Interest and 67 other groups have asked the federal government to require labels “covering alcohol content by percentage and amount, serving size, calories, ingredients, allergen information, and other information relevant to consumers.” Which, of course, is what I have been begging the wine business to do for years. 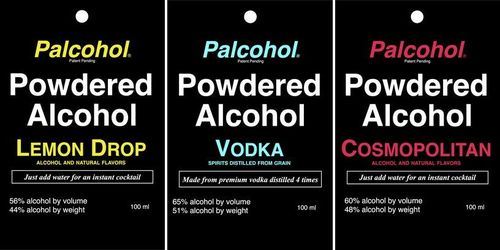 ? Not so fast, Palcohol: Last week’s post extolling the virtues of powered alcohol was a bit ahead of its time. Turns out the federal government didn’t approve the product after all. A spokesman told The Associated Press that the approvals were issued in error, but didn’t elaborate; you can draw your own conclusions from that, though my liquor attorney, in last week’s post, hinted that the whole thing sounded kind of goofy. Regardless, this means we’ll have to wait for our powderita, as horrible as the wait may be.

? The end of beer as we know it? This graphic, courtesy of Lew Perdue at Wine Industry Insight, speaks volumes about the ageing of the U.S. beer-drinking population. Between 2002 and 2013, beer’s market share, as measured by drink volume, has dropped from 60 percent of the total to 51.1 percent. Spirits’ shared moved from 27 to 33.7 percent and wine’s from 13 to 15.2 percent. Why call it ageing? Because many analysts think beer’s decline is not from beer drinkers switching to spirits or wine, but because they’re dying and younger consumers are drinking something else. This has shown up in slumping sales for the biggest national brands like Coors, Budweiser, and Miller.

? I’m shocked that gambling is going on here: The wine cyber-ether was abuzz last week with the news that the very chi-chi French Laundry restaurant in Napa Valley charged a $150 corkage fee. The outrage was so viral that I’m surprised it didn’t show up on the blog even without my writing about it. Which I’m doing not because owner Thomas Keller cares what I write he probably collects criticism for his Pinterest site), but because no one should be surprised. This is the same restaurant that charges $70 for a half bottle of a Paso Robles white blend, which is almost four times the retail price for the half bottle. The other thing that’s not surprising? That his customers pay these prices. As one reader emailed me: “Are these people crazy?” Nope. Just rich.