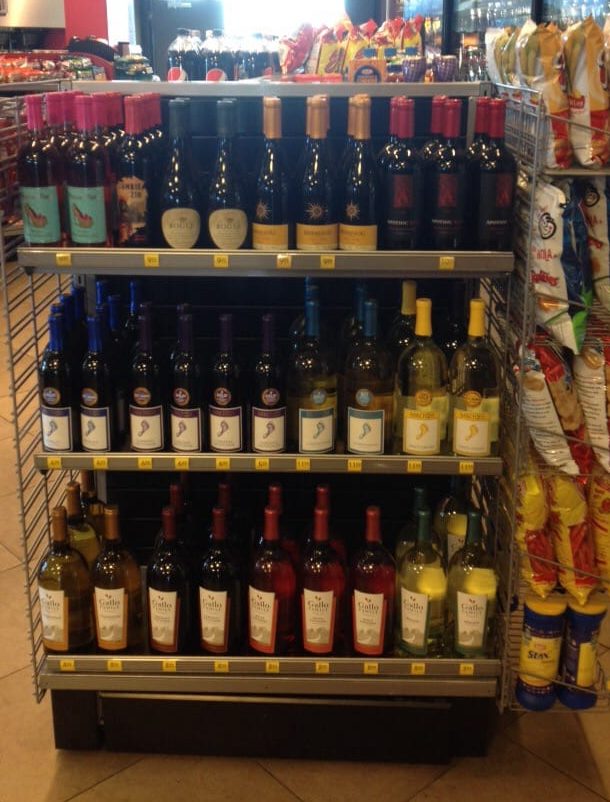 Table wine sales in U.S. convenience stores increased 20 percent in dollar terms in 2018, the second year in a row that c-store sales outperformed the overall U.S. market. That 20 percent figure could be as much as five times the growth in the overall U.S, wine market.

And no, I don’t understand why, either.

But those are the statistics in the 2018 state of the c-store industry report, published by the National Association of Convenience Stores. Convenience store wine sales in 2018, which include sparkling wine, fortified wine, and wine coolers, totaled $1.66 billion. That’s an amazing number. Take out the wine coolers, which the wine industry numbers may not include, and it’s possible that almost 2 percent of the wine sold in the U.S. last year came from a 7-Eleven, RaceTrac, QuikTrip, Speedway, and the like.

Association spokesman Jeff Lenard says there may be several things going on to account for all of that wine:

• “More than anything else,” he says, “the increase in wine sales pairs (pardon the pun) with the increase in food service and more upscale foods that more convenience stores are selling.” In other words, fresh sandwiches and salads, which have become a c-store staple over the past couple of years, lend themselves more to wine sales than Big Gulps and those rubbery, orange-ish hot dogs spinning away in a corner.

• Younger consumers (18-34) are the predominant age group for convenience stores. And those of legal drinking age tend to be less fussy about where they buy wine than Baby Boomers, says Lenard. “Younger consumers are the ones who are least likely to think about a specific channel to purchase wine. They think wine or liquor store. Or dollar store. Or online wine club. Or gas station.”

• Women, who buy most of the wine in the U.S., are slightly more likely to buy gas in the evening, he says. “So can they also pick up wine for dinner then? Absolutely.”

Convenience stores are selling more wine than ever – and no, no one quite knows why.

Wine sales in convenience stores increased five percent in dollar terms in 2017, according to the National Association of Convenience Stores. That’s an amazing figure, given that overall wine sales in the U.S. have been mostly flat for the past couple of years.

“If anything, it’s a 10-year overnight success story,” says Jeff Lenard of the convenience store association. “It has taken a sustained effort by retailers to believe in the category to the point where consumers largely expect to be able to find wine – and the kind they want – at convenience stores.”

In this, convenience stores are likely taking wine sales away from supermarkets, but given the convoluted way wine statistics work, no one is quite sure. It’s also worth noting that wine sales grew almost five times as much as bottled water, a convenience store staple (albeit from a small base).

So what’s going on? Why are more of us buying wine at 7-Eleven, QuikTrip, Circle K, and the like:

• Better selection, as Leonard notes. It’s not just private label wine from 7-Eleven, but high-end wines – you can spend $50 for a bottle of Napa’s Stag’s Leap. Thank Big Wine for that. As the the biggest producers buy more companies, they need more retail outlets, so why not convenience stores?

• Younger consumers don’t see convenience stores the same way the Baby Boomers do. We associate convenience stores with Thunderbird and 4-liter boxes of sweet wine, which was about all you could buy there 30 years ago. They grew up with more and better choices.

• One-stop shopping. Says Leonard: “If consumers can go to one place to get gas, food and wine at one stop, that is more attractive than three stops.”