• Finally done? Constellation Brands’ $1.1 billion sale of its low-price wine labels to E. & J. Gallo is expected to close by the end of June, despite the coronavirus pandemic, reports the Press-Democrat website. The deal will send almost all of Constellation’s $10 wines to Gallo, including Black Box, Ravenswood, Clos du Bois, and Mark West, as well as vineyards and wineries in California and New York. The original April 2019 deal, worth $1.7 billion, had to be revised after U.S. regulators objected.

• Poor Geyser Peak: When I started writing the blog, Geyser Peak’s $10 sauvigngon blanc was one of the most dependable cheap wines on the market. But that was also several owners ago, and quality has never been the same. So it’s not necessarily bad news that the brand has been sold once again. The current owner, Australia’s Accolade Wines, will sell Geyser Peak, Atlas Peak, XYZin and Outlot to something called 2 Bears LLC. No word on who is behind 2 Bears.

• Whither Penfolds? Australia’s Treasury Wine Estates, one of the two or three largest producers in the world, has been feuding with stock analysts for the past year or so, defending what the analysts have been calling the company’s poor performance. So Treasury may spin off Penfolds, one of the world’s great wine brands and home to the legendary Penfolds Grange (which I’ve been lucky enough to taste and so can attest to its greatness). Whether this pleases anyone in the shadow boxing world of financial analysis is anyone’s guess, but it points to the pressures Treasury faces in a world where people drink less wine and Big Wine companies are being urged to shed brands. 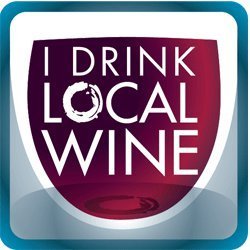 ? Drink local: Our old pal Andrew Stover, one of the world’s leading proponents of local wine, has a message for Thanksgiving: Think less California and more Texas, Missouri, Michigan, and Virginia. Best yet, Stover puts his money where his mouth is, importing local wines as a distributor to the Washington, D.C., area. I’ve known Stover since our first Drink Local Wine conference, and he has never wavered from the cause. He has done such a good job, in fact, that some of my favorite Texas wines sell out in D.C.

? Billions and billions of dollars: It’s actually one bullion, but who’s counting? Constellation Brands, one of the biggest wine companies in the word, paid $1 billion — almost 10 times earnings, a startling number — for the trendy craft beer producer Ballast Point last week. This is incredible on so many levels that I don’t even know where to start, but does speak to how craft beer has become part of the mainstream and makes me wonder: How much longer will it remain crafty?

? Waiting until 2018: Lidl, the other German discount grocer famous for cheap wine, will open its first stores in the U.S. in 2018, with 50 locations in Virginia, North Carolina, South Carolina, Maryland, and Washington D.C. Said the company’s CEO: “The United States are a strategic market for us.” Should I start a countdown clock? 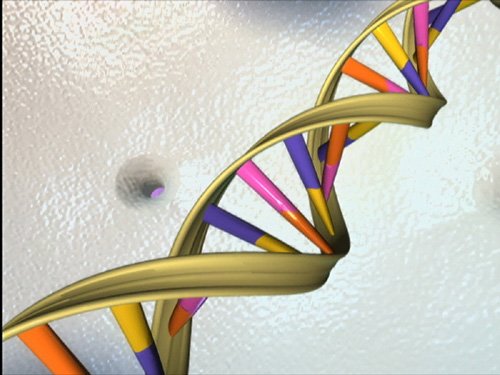 The biggest surprise in the Wine Genome study from Constellation Brands, one of the biggest wine companies in the world? That one-fifth of us buy wine on price.

“We knew they were out there, but the widening span of the study showed how deeply the recession cut,” said Dale Stratton, the Constellation official who oversaw this version, the third, of the company’s Project Genome, designed to identify the most common types of of wine drinkers based on purchase behavior, motivation, and preferences. “The recession had a big impact and significantly changed consumer spending habits.”

Stratton laughed when I asked him about this. No, he said, it’s not that Constellation (whose brands include Rex Goliath, Mark West, and Robert Mondavi) didn’t expect price to be important. Rather, it’s that price-driven wine drinkers were the biggest category of the six, doubling the number of Enthusiasts — those who “love everything about the wine experience,” including researching purchases, reading reviews, and sharing wine with others. In other words, the Winestream Media’s audience. The other thing to note here? The Enthusiasts account for 15 percent of profit, compared to 14 percent for the Price-Driven group. Harrumph.

The study, which updated a 2004 effort, is full of surprises — unless, of course, you visit here regularly (and you can see a nifty infographic describing each group here):

? The third-biggest group, at 19 percent, are Overwhelmed, which means pretty much what it says: “I don’t enjoy shopping for wine, and find it complex and overwhelming. This, says Stratton, reinforces the need for wine education, not only for consumers but for those who sell wine — distributors, retailers, and restaurateurs. Hearing this was surprising enough, but I almost dropped the phone when Stratton said that winespeak is one of the reasons the overwhelmed are overwhelmed. Maybe, he said, retailers and wine writers should find simpler terms to use.

? Women, who have traditionally skewed higher for wine purchases at the lower end, are becoming more important at the higher end. The Enthusiasts, who were about 65 percent male in 2004, were close to 50-50 this time. “This means more women see wine as a hobby,” says Stratton, and that means more women attend tastings and shop at wine-specific retailers.


? Wine snobs, called Image Seekers, are still with us, and in a big way. They account for 18 percent of wine drinkers, but contribute 26 percent of profits, more than any other group. Given the wine they drink, that’s probably not surprising.

? Welcome the Millennials to wine, in the form of the Engaged Newcomer at 12 percent. This group is young, wants to learn more, and recognizes that wine is intimidating. They also spend more on a bottle than the other groups, about $13.

One other point worth noting: This kind of study is common for consumer packaged goods like laundry detergent and ketchup. That Constellation can do for wine what Proctor & Gamble does for its products speaks volumes about how much the wine business has changed, and that it is becoming more mainstream.

“Wine is increasing household penetration at a good clip, and the audience has broadened,” said Stratton. “And it’s going to continue to change, as the American population changes.”

? Constellation exits Australia: The world's biggest wine company has sold its Australian labels as it continues to retrench in the wake of the recession. Constellation Brands is selling its 80 percent stake in a venture that includes Hardys and Banrock Station to an Australian private equity firm for about $230 million. After the sale, it will no longer be the biggest wine company in the world; that honor will go to E&J Gallo. The other catch? Constellation paid $1.1 billion for the Aussie brands when it bought them in 2003, and its timing was perfect — the Australian wine business was entering a slump which has only gotten worse. Which leads the Wine Curmudgeon to wonder: How does a company stay in business after it sells something for only 20 percent of what it paid for it?

? Tainted Chinese wine: Six people have been detained, several wineries shut down and bottles pulled from shelves in China after authorities found wine containing several chemical additives. An expose broadcast by state television found that that wineries were doctoring their products with sugar water, coloring agents and artificial flavorings, and then falsely using famous brand names. No wonder Chinese collectors are paying so much for high-end Bordeaux — at least it's really wine.

? Pennsylvania de-regulating booze? Pennsylvania is a control state, which means all alcohol is sold through state-owned stores and nowhere else. It's the poster child for the control system — but all that may be about to change. Says Philly.com: "But 2011 may usher in a different outcome for the state Liquor Control Board and the 620 wine and spirits stores it runs: Gov.-elect Tom Corbett appears committed to yanking state government out of the business of selling alcohol once and for all." We talk a lot here about government regulation and where it's headed, and there have been big doings over the past couple of years. But Pennsylvania getting out of the booze business? That would be the biggest news yet.