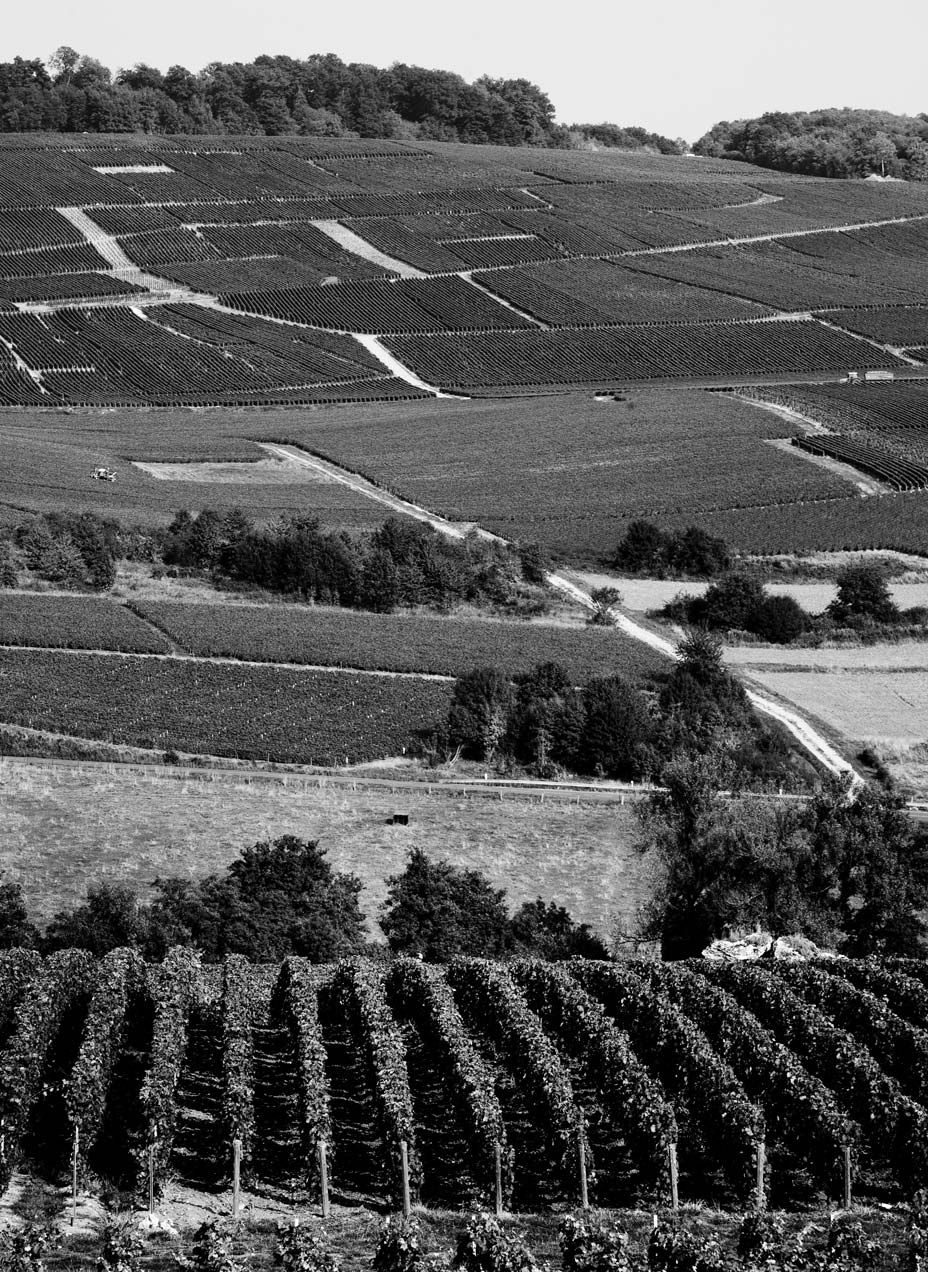 Yes, they cost a lot of money. But these two Bruno Paillard Champagnes show that not all expensive wine is overpriced

Champagne long ago stopped being priced reasonably, its cost hostage to the Champagne business’ hubris and demand from Asia. Even a very ordinary bottle, barely worth drinking, can cost $40. So when I tasted two Bruno Paillard Champagnes last week, offering finesse and elegance at a fair price, it was time to write a blog post

Neither is cheap, but both offer quality comparable to more costlier bottles – and, frankly, they’re much more interesting. One reason? Paillard blends old wine saved for the purpose into the current wine, giving them an almost honeycomb character. Plus, this is a family business that does things its way.

The Premiere Cuvee is not quite grower Champagne, but it’s not the same $45 bottle sitting on liquor store shelves, either. Look for a light, fresh approach to the wine, minus the yeasty character so many other wines strive for. There is crisp apple and even some lemon fruit, courtesy of the chardonnay in the blend (even though the wine is about 45 percent pinot noir).

The rose is even more appealing (which, given the price, should tell you how much I enjoyed it). Again, even though there is probably more pinot noir in the blend, there is enough chardonnay to make it much fresher than you think it whould be. The cherry fruit is complex – something deeper and more subtle than the usual produce department cherry flavor. Highly recommended. 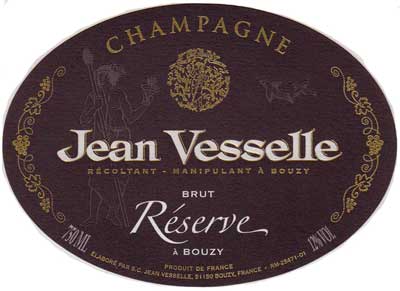 The Jean Vesselle Brut Reserve, as delicious and as well made a Champagne as I’ve had in years, shows once again why scores are useless. Its average on CellarTracker (the blog’s unofficial wine inventory software) is 88 points, or about what a quality bottle of $10 wine would get.

This is an exquisite bottle of Champagne, sparkling wine from the Champagne region of France. It has layers and layers of flavor, including some of the yeasty creaminess that most high-end bubbly drinkers require of Champagne. But it’s so much more than than: A completely unexpected burst of crisp, wonderfully ripe red apple fruit followed by an almost spicy finish and tiny, tight bubbles popping to the top of the glass. In this, it’s bone dry and certainly not your grandfather’s Champagne, and I’m almost certain that accounts for the crummy scores.

Highly recommended, and as enjoyable with food (eggs at brunch, certainly, but also roast chicken) as it is for celebrations. Which is how I drank it – honoring my long-time pal and colleague James MacFayden, who is returning to his native Britain after more than two decades in the U..S. James will be much missed – not only for his fine palate, but for his bounty of Monty Python references. 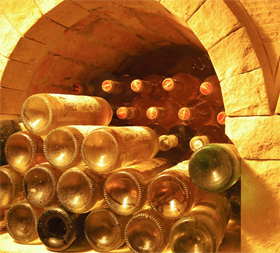 • Carpenè Malvolti Rosé Cuvée Brut NV ($17, sample, 12%): Nicely done Italian rose sparkling that’s not actually Prosecco — it’s a little sturdier in style and has firmer bubbles, though still made using the charmat method, Plus, pinot noir fruit (cherry? strawberry?), though $17 may be a bit much for some. Imported by Angelini Wine

• Barcino Cava Brut NV ($15, sample, 11.5%): This Spanish bubbly is all one can ask for in a wine at this price, and then some. It’s taut, almost zesty, tart, and interesting. Look for lemon and apple fruit in wonderful balance. Highly recommended. Imported by Ole Imports 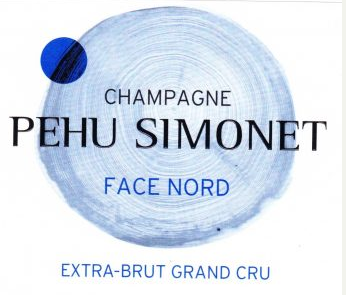 The Pehu Simonet is quality Champagne, but not necessarily the kind of Champagne that you’re used to drinking

These days, when Champagne is sold in grocery stores and retailers like World Market, it’s often difficult to remember what all the fuss is supposed to about. Bubbly with toilet paper and rag rugs? Hardly the luxury profile that the Champagne business wants for its product. But that’s where something like the Pehu Simonet figures in.

The Pehu Simonet ($50, purchased, 12.5%) is a remarkable wine, a bubbly from a small family producer that shows off the region’s diversity and quality. In this, it demonstrates that not all Champagne has to taste like Veuve Clicquot.

Call it beguiling, but not for everyone; missing is the brioche and caramel of more commercial bottlings. But it also isn’t made in the fruit and acid-driven style driven style of something like Ruinart, which I enjoy every much. For one thing, the Pehu Simonet is drier than most bubbly (extra brut is more dry than brut, which is the usual designation for a dry sparkling wine). For another, to quote the importer’s tasting notes, the palate is “surprisingly rugged, kind of like skirt steak.”

I don’t know that I’d go quite that far, but you get the idea. There is green apple fruit, almost ripe, and it does eventually show through the wine’s impressive and almost unending minerality. This is Champagne to be considered as much as it is to be enjoyed, and I wasn’t prepared for that when I first tasted it. Halfway through the bottle, though, I was finally beginning to understand what was going on. And I was glad I made the effort. 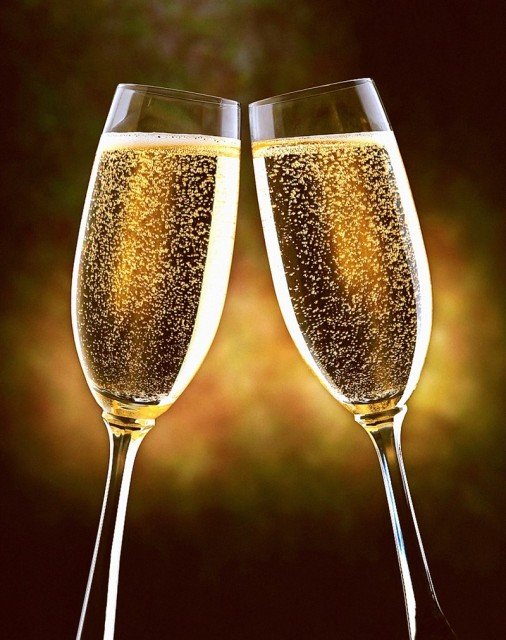 • Dennis Horton’s legacy: Virginia’s Dennis Horton, who died in June, was one of the most important winemakers and winery owners in the U.S. That most people have never heard of him speaks to the way the wine world works. Dennis was one of the two or three people, along with New York’s Konstantin Frank, who never gave up on the idea of Drink Local, and is one of the people who helped us get to where we have wine in every state. To quote Virginia wine writer Frank Morgan: “I had the pleasure of sharing a few glasses of wine with Dennis in the early days of my wine journey. I remember him for his unique personality, wit, humor and the viticulture insights he shared.” Dennis was also famous for his dislike of the three-tier system; once, when I asked him about direct shipping, he told me he would ship wine to anyone anywhere, and he dared the states’ various liquor cops to try and stop him.

• Bring on the weed: The WSWA, the trade group that represents the wholesalers and distributors who make up the second tier of the three-tier system, will support marijuana legalization. The catch? That its members distribute legal weed, reports Shanken News Daily, and the “states agree to regulate cannabis as they do alcohol.” One has to admire the group’s consistency and its chutzpah, if nothing else. Much of the wine world is trying to get rid of three-tier for its antiquated inefficiencies, but that doesn’t bother the wholesalers in the least.

• A tussle in Champagne: The Wine Curmudgeon has long enjoyed watching the Champagne business run around in circles, and this bit fits that description perfectly. It’s not easy to decipher what’s going on, but it involves sparkling wine sold in the U.S. that is labeled as “Champagne,” an important French producer, Big Wine, and a variety of Gallic name calling (including one side accusing the other of “mad arroigance” and the other responding that it did not like being called an imbecile). 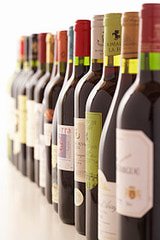 This week’s wine news: Beware of sponsored content, plus big Prosecco numbers and the rules of Italian wine

• Not on my site: Want to make money with a wine blog? Use sponsored content. As the blog’s traffic has picked up this year, so have requests to run product copy as a blog post. I turn them down, and not just because of the ethical concerns. Sponsored content confuses readers, and they “sometimes struggle to identify it, have mixed emotions about its being in the same place as regular editorial content, and often feel like publishers must be held to higher standards.” The quote, from a post on Digiday.com, speaks to the issues exactly: Only 41 percent of U.S. readers say they can easily recognize sponsored content, which means a majority of people reading post-modern journalism have trouble telling the difference. So for moral better and financial worse, no sponsored content posing as a blog post here.

• Italian bubbles: Prosecco, the Italian sparkling wine, sells half as much wine as Champagne does in Europe, which is worth pondering given Champagne’s reputation and cachet. Shouldn’t the latter’s margin be bigger? But more interesting: Prosecco sold 25 percent more liters on the continent than Champagne did for the 12 months ending in September. Plus, Prosecco sales increased 24 percent in value and 23 in volume, while Champagne was mostly flat by both measures. The reasons are obvious: price, price, and price, since Prosecco can cost as little as one-third as much as Champagne.

• Thou shalt pay attention: The Italian Wine Guy celebrates the holidays with a look at the 10 commandments that should apply to Italian wine (complete with pictures of Charlton Heston, for those of us of a certain age). It’s a funny post, but more importantly  reminds us of the reasons why great Italian wine is so great. Which is, of course, that it is Italian, and not anything else, My favorite, from the second commandment: “No Chardonnay pretending to be French, or worse, from the Russian River Valley. If it must be white, it must be true and pure as milk and honey.”

The Wine Curmudgeon has boycotted Champagne for almost two years to support Champagne Jayne Powell, the Australian wine writer who was sued by the bully boys at the Champagne trade group, CIVC, for no reason that any reasonable person would understand. Powell mostly won the suit, which accused her of trespassing on the Champagne trade name, but only after spending A$75,000 (about US$55,000) in legal expenses she will never see again.

Powell, who was under a gag order during the suit, gave one of her first interviews a couple of weeks ago, and she didn’t mince words. “I refused to give in to the CIVC; I have a strong sense of fairness: I would not succumb to such outrageous behaviour,” she told the British trade magazine thedrinksbusiness.

Sadly, almost no one else thought it was outrageous behavior. Too many wine writers ignored what was happening, and people even made fun of me for the boycott. Which wasn’t the worst part, of course. I wasn’t the one being sued, and I didn’t have to pay attorneys and lose business while I fought against a trade group whose members are worth billions. And I didn’t wait in vain for my colleagues to support me and denounce the CIVC.

Hence I am hesitant to end my Champagne boycott. The lawsuit was despicable, and I don’t want to reward the CIVC for trying to deny Powell one of the most basic of human rights, free speech. And yes, I understand that my almost solitary act of defiance made almost no difference, and that the CIVC probably doesn’t even know I did it. But it was still the right thing to do.

That’s the tough part about being one of the good guys. You have to do things even when you know that what you do probably won’t matter. In the end, how we act should not be about money or currying favor or getting free samples, but right and wrong – even if you’re a wine writer.

So consider the Champagne boycott still in force. I’ll taste it when I have to, probably for my El Centro class, and if I run across something that seems worthwhile, I’ll consider writing about it. But the idea of spending my time or money to help a group that did what the CIVC did to Powell remains as repugnant today as it was a couple of years ago.