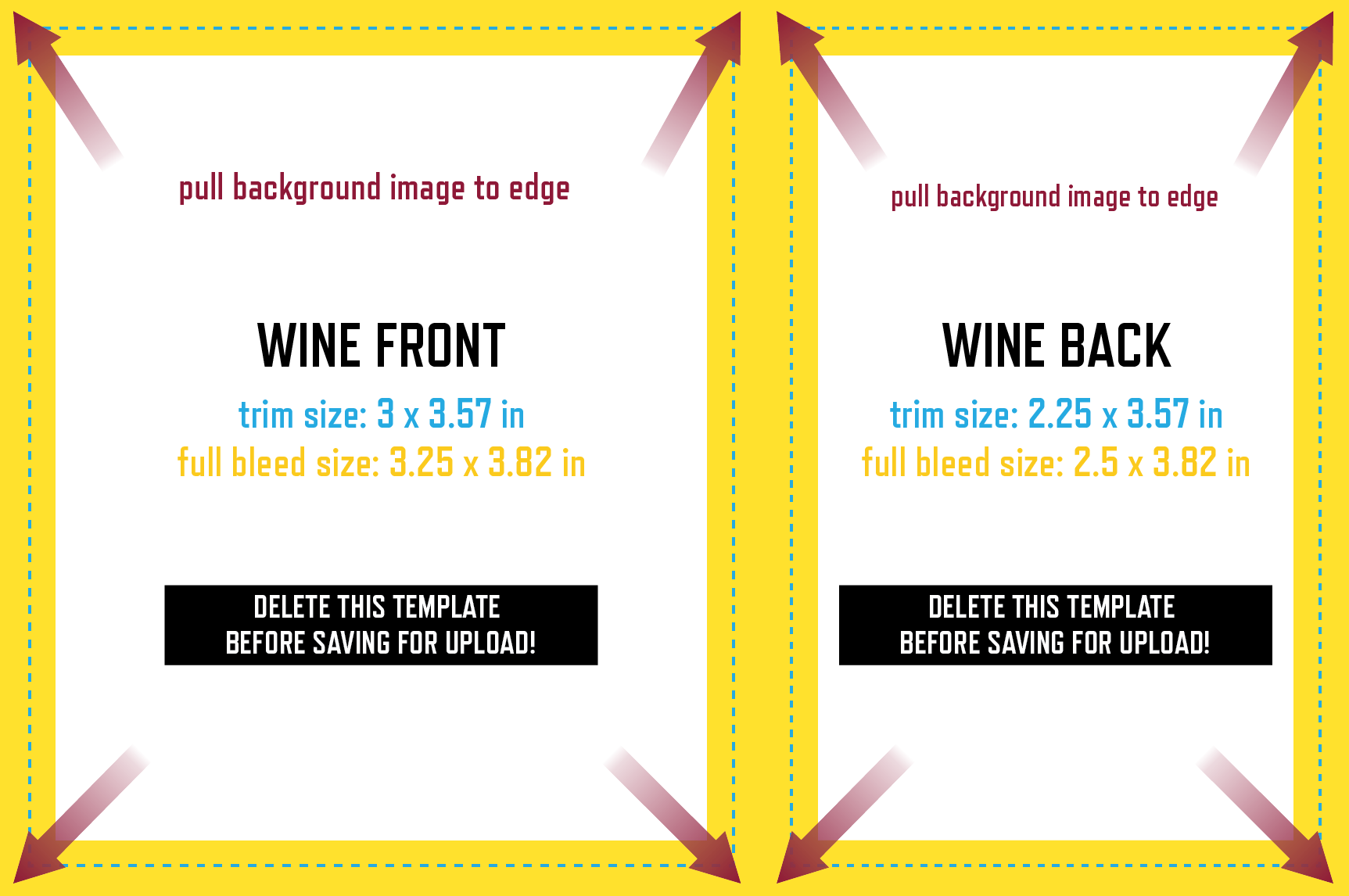 The recent post about wine critics and their almost indecipherable wine descriptions reminded me that they aren’t the only ones whose goal is confusion and obfuscation. We also have back label wine descriptions for that.

In fact, back label wine descriptions may be more annoying, since their job is to help sell the wine. Who wants to buy a wine where the back label promises something that isn’t there? I’m not the only one flustered by this; a marketing official for one of the largest wine companies in the world told me it bothers good marketers, too. But many of the biggest producers contract the back label writing to third parties, so they’re stuck with what they get.

The other annoying thing? Yes, many of the worst examples come from cheap wine, but many also come from wine costing as much as $25. And what does that say about the $25 wine?

The following are taken from actual back label wine descriptions, with my explanation of what they really mean:

• Silky mouth feel: “We’ve removed the acidity and tannins and added sugar to cover up anything remotely resembling either, just in case any is still in the wine.”

• Unusual fruits like lychee nut and guava: Most wine drinkers probably haven’t tasted those, so the description does two things – first, shows that even a $6 bottle of wine can be exotic. Second, that the wine is deep and complex, even when it only costs $6. So shut up and buy it already. But then there is the other side of the descriptor.

• An alluring hint. … : “The flavor isn’t actually there, but if we suggest it, you’ll probably taste it and think the wine is better than it is.”

• A mocha finish with lingering oak: Regular readers here know what that is without any help from me – scorching amounts of fake oak, and then even more. And maybe even a little bit more just to be on the safe side.

• Freshly picked peaches (or apricots or even red fruit like cherries): “You’re damn right it’s sweet. But we’re not going to say that, are we?”

• A long, stony finish: “We couldn’t get rid of that odd, bitter taste in the wine, and we didn’t want to add any more sugar. So we want you to think that the bitterness is a good thing.”

Because, finally, someone has discovered a way to measure the relationship between what’s written on wine back labels and the quality of the wine.

The breakthrough came from a Harvard Ph.D. student named Mark Thornton, who took data from 75,000 wines in the Wine.com inventory, and compared what was written on their back label — and not what the words meant — with ratings from the site’s users and from wine critics.

What does matter is that Thornton’s work is apparently the first time anyone has done this kind of research, making it as revolutionary as it is helpful in deciphering the grocery store wall of wine.


Thornton, whose parents teach in Cal State Fresno, says this study interested him because it’s about wine, which he likes, and because it ties into his PhD research, which deals with how we describe things. One of the concepts this study takes into account is called “naive realism,” in which we assume that what we sense has to be true for everyone, when it obviously isn’t. Which dovetails neatly with wine.


Thornton’s findings confirm many of my suspicions about wine back labels, as well as how critics use descriptors. The word clouds on his site summarize the results; I’ve set them up so you can see them more easily here for the consumer ratings and here for the critic ratings.

These are among the highlights of the study:

• Restaurant food pairings or terms like pasta appear on the labels of the lowest-rated wines. Thornton says this may well be because the wine doesn’t have any wine-like qualities to recommend it.

• Words used to describe sauvignon blanc — grapefruit, herb, clean — show up on the critics’ lowest-rated white wines. This is not surprising, given that sauvignon blanc has always garnered less respect from the Winestream Media than chardonnay.

• A location on the back label seems to indicate lower quality white wine; “handcrafted” is in the higher quality word cloud. For reds, “value” and “soft” are poor-quality words, while “powerful” and “black,” probably used to describe black fruit, infer higher quality. Handcrafted is especially interesting, since it doesn’t mean anything in terms of wine production.

Finally, a word about prices, which is also part of the study. Thornton divided the consumer ratings into five price ranges, and there was little difference in perceived quality between the first three ranges. In other words, you get more value buying the cheapest wine. Shocking news, yes?

The critic price-value rankings were even more bizarre. The worst value came from wines that got scores in the mid-90s, while wines in the high 90s (and even 100) were less expensive, and the best value wines were around 90 points. Thornton says he isn’t quite sure why this is true, though it may have something to do with critic bias. My explanation is simpler: Wine scores are inherently flawed.