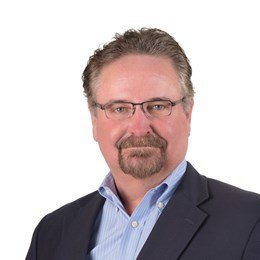 Someone in the wine business may be more worried about its future than the Wine Curmudgeon. Consider these projections, from the 2019 SVB wine report that was released yesterday:

• How about a forecast that says retail wine sales in 2019, as measured by volume, could actually decline? This would be almost unprecedented in the post-1980s history of U.S. wine.

• Or that growth by value may be less than one percent, with even premiumization starting to slow?

• Or that younger wine drinkers, more interested in legal weed and paying off their student loans, aren’t showing any interest in picking up the slack left by the aging Baby Boomers?

Why does this matter to those of us who drink wine? Because Silicon Valley Bank’s Rob McMillan, the study’s author, is one of the smartest people in the wine business. How important has McMillan’s annual report become? This year, a vice president for Big Wine’s Constellation Brands participated, and the company doesn’t usually do those sorts of things.

So if McMillan says a slowdown is coming and the wine business needs to reexamine how it does business, then it had better. Or else we all suffer.

“This is probably the most important report we’ve ever put together,” McMillan said during Wednesday’s live videocast. “Starting now, wine has reached a tipping point. We’re not closing in on a tipping point, we’re feeling it.”

The videocast threw around a lot of jargon – I even heard psychographics – and several of the other panelists nitpicked about some of the conclusions.

But that didn’t change the hard news: Younger people don’t care about about wine the way their parents and grandparents did, They are focusing more on beer and spirits and legal weed, and they’re hampered by lower relative incomes and intimidated by the repeated attacks on wine drinking by the neo-Prohibitonists.

In other words, wine is too old, too Anglo, too snotty, and too out of touch with the younger consumers. So, said McMillan, “We have to look at what the wine industry is doing about it now and what can we do in the future to fix the problem.”

Also worth noting: McMillan, who invented the term premiumization to describe consumers trading up to more expensive wine, said he’s surprised to see it slow as it faces price resistance from consumers. Price resistance? What an amazing concept.

Finally, the Wine Curmudgeon’s suggestion to the wine industry: Sweetening dry wines and calling them dry ain’t going to do it. How about giving younger wine drinkers quality and value? I know — almost as revolutionary as the idea of price resistance.