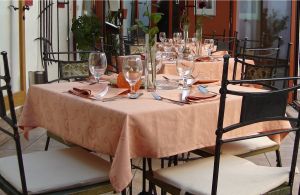 Nov. 3: update: The Times reports that the court has suspended seven of its male members, including co-founder Fred Dame, in the wake of its Oct. 29 story that detailed widespread sexual harassment and intimidation of women in the organization. Another male member resigned on Sunday. The seven suspended members will be subject to an external investigation.

Oct. 29: Someone asked me, after the sommelier cheating scandal broke, if we would ever know exactly what happened. That’s because the Court of Master Sommeliers had done a Nixonian job of stonewalling. It had found a scapegoat and intimidated members, and the Winestream Media was more than happy to accept the court’s version of what had happened.

So I told them: Not until the New York Times gets into this.

Well, the Times did. And those of us who suspected that the cheating scandal was just one sad and sorry part of something much bigger were correct.

The Times reported on Thursday that 21 women said “that they have been sexually harassed, manipulated or assaulted by male master sommeliers. They, and other current and former members of the court, say the abuse is a continuing problem of which its leadership has long been aware.“

In addition, said the story, improper sexual relationships may have been part of the cheating scandal, and that this “dynamic has turned a system that should provide mentorship and equal opportunity to women into a bastion of sexual harassment and coercion.”

The piece is well-reported, with almost a dozen women quoted by name and on the record that male sommeliers made sexual advances, often with promises of preferential treatment if the women complied. Twitter screenshots, in fact. In addition, it cites at least one case of disciplinary action taken against male sommeliers for improper sexual behavior that the court didn’t publicly acknowledge at the time.

So why did it take two years after the cheating scandal for this to come to light? Because those of us who cared didn’t have the resources to report the story. And those of the Winestream Media that had the resources didn’t care enough. And that’s because the wine business and the Winestream Media feed off of each other – samples, trips, and perks – so that each can further its own cause.

That’s why sommelier Richard Hemming, MW, called it an incestuous relationship during a podcast, and that it’s difficult – if not impossible – for wine writers to be objective. “Why should [consumers] trust us? They shouldn’t, necessarily,” he told me.

Because for the wine business. making money trumps all – even cheating and sexual harassment. I don’t know why that still surprises me.