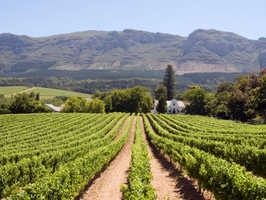 1. Why the quality of the judges at this competition is always so good – especially since it’s a regional event and not very big. This year, the judges included Doug Frost, the Godfather of regional wine; Wayne Belding, a fixture at most of the country’s major competitions; Dave Buchanan, who has been writing about Colorado wine almost before there was any; and Andrew Stover, who runs the country’s premier regional wine wholesale company.

2. Why the Rocky Mountain Dart Association was holding an event at the same hotel at the same time. I saw more darts in two days than I’ve seen in my entire life.

3. Why the first day of judging, when we did about 80 wines, was so lackluster given that quality had improved in the past couple of years. Though, oddly, we did give a gold medal to a chardonnay, traditionally the worst regional wine varietal. But the second day, when we picked the 12 best wines in the competition, was completely different. Two wines – a cabernet franc and an albarino sparkling – were stunning. The cab franc was so complex and so terroir driven that I wondered for a minute if it was made with Colorado grapes.

4. How a 17-year old wine from Colorado, the 2000 Terror Creek pinot noir, could have lasted this long. Belding brought a bottle from his cellar for us to taste, and it still smelled like pinot noir, earthy and mushroomy, and still tasted like pinot, with herbs and cherry fruit.

5. How long I’ll be on the screen – or if I will be at all – for the Colorado wine video that was being shot during the competition. I did an interview for it, but given the way these things works, the 10 or 12 minutes that I taped could turn into one head shot and a quote lasting a couple of seconds.

6. If anyone knows how to get the lights in a Springhill Suites room to go on and off with some sort of coordination. I always end up having to hit three or four light switches to get the light in the part of the room where I need it.