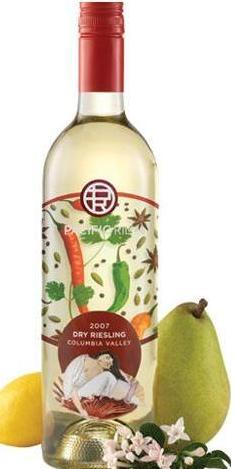 Sweet wine is much maligned ? so much so, in fact, that wine snobs don ?t like to admit they drink it. Instead, when they ?re forced to quaff something sweet, they call if off dry.

This not fair. Yes, some sweet wine doesn ?t taste a whole lot better than Coke laced with grain alcohol, but that ?s no reason ignore it. And it ?s not a sign of wine weakness to drink sweet wine. German rieslings, most of which are sweet, are some of the best-made wines in the world. They can age for decades, just like red wines from France and California, and they provide a wonderful sweet, lemony, stony flavor that can be addictive. Plus, they ?re a lot less costly than other high end stuff.

What to look for in a sweet wine? Stick to white, because most sweet reds aren ?t very interesting. Explore German riesling, especially those with the term auslese or spatlese on the label. They denote degrees of sweetness (the latter is less sweet than the former) and are only used on the best quality German wine.

These three wines offer an overview of what ?s readily available. But don ?t limit yourself to these — experiment:

? J. Egberts Spatlese 2005 ($10). A wonderful introduction to German riesling, with a honey sweetness balanced by lemony acidity and a touch of minerality. Serve it by itself or with salads, Thai or Cajun food or even grilled sausages. That ?s what the Germans do.

? Pacific Rim Dry Riesling 2007 ($10). Consistently solid wine from the company split off from Randall Grahm ?s Boony Doon. (Grahm still owns it; he just doesn ?t have much to do with it.) Not as sweet as the Egbert, but will still pair with spicy food.

? Trefethen Estate Dry Riesling 2007 ($22). An interesting wine from a Napa producer best known for its $100 cabernet sauvignons. It ?s heavier than many rieslings, but impeccably made, with lemon-lime and white peach flavors. I paired it with fried chicken, which worked quite well.