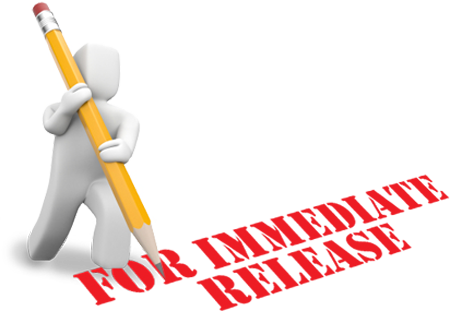 One of the guilty pleasures of this business are bad press releases. When one of us gets one, it makes the rounds via email so quickly that you’d think that our job was not writing about wine, but spotting these things. Earlier this year, we got one that was so awful — a release about wine and Valentine’s Day — that the sender actually pulled the release and apologized for sending it.

This is such a sport, in fact, that I have seriously thought about starting a series of wine writing awards called The Curmudgies, which would include a category for bad releases. (Anyone who thinks that this is a scathingly brilliant idea and has money to sponsor the awards is encouraged to contact me.)

What makes a release “bad”? Could be overwrought writing, where every sentence is breathless, every paragraph includes a word that was especially plucked from the thesaurus, and the tone is so fake that it hurts to read it. Could be a wrong direction — my pal Dave McIntyre once got a release for Cover Girl cosmetics. Could be sloppiness, with lots of typos and misspellings and even wrong facts. And it could be its overall sensibility, which is silly to everyone but the sender.


I’ve actually written about this before, back in the blog’s early days. Not much has changed since then, sadly. Lew Perdue at Wine Industry Insight also keeps tabs on these things, and he regularly calls out releases. And his advice doesn’t seem to do much good, either.

I’m not trying to be rude here; I genuinely want to help. If releases are better, my life is easier. But I got one the other day for a wine called Happy Bitch Rose, from which I quote: “Not too sweet and not too dry, Happy Bitch Rose is a sparkling wine with a blend of Chardonnay and Pinot Noir with aromas of melon, strawberry and orange blossom. Its soft, fruity finish ? like prosecco ? pairs well with girlfriend gatherings and creates several memories!”

We’ll skip the marketing concept for the wine, which apparently isn’t taking any chances. It jumps on the snarky name bandwagon, the sweet wine craze, and the chick buddy movie thing. If that’s what the producer wants to do, it’s their money. I’d focus on the quality and value, but what do I know? (And I’m not the only one who feels this way.)

What’s most annoying about the release is that it does so many things to irritate the people that it’s supposed to impress. Which would be those of us who are being asked to write about it. Because, yes, this email has already come up in discussion between those of us who write about wine.

This paragraph, for instance, says nothing: “Happy Bitch Wines will deliver more than a great tasting wine. Happy Bitch Wines is not just about wine, it’s about lifestyle. Our image will be one of living life to the fullest starting right now, enjoying every moment, and choosing happiness as a way of life.”

No kidding. I’m glad to know that I’m choosing unhappiness if I drink something else.

There is a story here — a chance meeting (on Twitter, no less) between two women who wanted to make a wine that would appeal to women. In the male-dominated wine business, that’s newsworthy. But who is going to notice that part? Who is going to wade through the clutter and the overwriting to find that out? Only cranky wine writers who want to make a point on their blog about press releases.

And that’s not the point of press releases, is it?

One thought on “Press releases, the wine business, and doing it right”