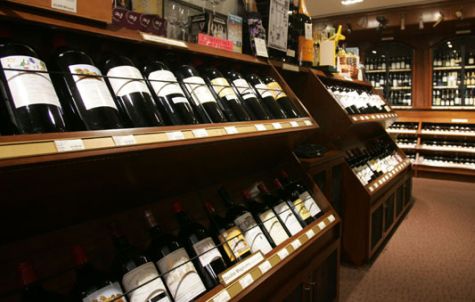 That’s the top trend in wine this year, that we’re feeling better about the economy and trading up: Buying more expensive wine than the wine we bought during the recession, moving from $4 bottles to $8, from $8 to $12, from $10 to $15, and from $15 to $20. The wine business calls this trend premiumization, and the salivating at the prospect has reached epic proportions.

That’s because the wine business doesn’t necessarily want to sell cheap wine — it’s not as profitable and it doesn’t carry the prestige that selling more expensive wine does (a much more important reason than consumers can possibly imagine). Plus, selling cheap wine requires more work. You can move a tanker truck of $25 wine in 20 minutes if it gets a 95, but cheap wines don’t get 95s, the competition for shelf space is ferocious, and most cheap wine is sold by the biggest retailers, who demand the best deals and which makes cheap wine even less profitable.

Hence premiumization, which some of the smartest people in wine say is here and isn’t going away. I’m not so sure, and I don’t say this just because my livelihood is cheap wine. As I continually remind people, there has never been a definitive study made public that demonstrates that wine drinkers trade up. Everyone just assumes it’s so. But does anyone know a wine drinker who went from Barefoot to Bogle to Hess or Rodney Strong to Silver Oak?

Premiumization has numbers to support it. The average price of a bottle of wine has increased over the past decade, moving from $6 to almost $10 a bottle. In addition, sales are increasing for wine that costs more than $7 a bottle, but are declining for those that cost less than $7. Finally, and regardless of anything else about the economy, gas prices are the lowest in decades, and that difference makes even the most hard-pressed consumer feel like he or she is better off.

So we get premiumization. But is it a concept that has been forced on the existing data, wishful thinking from a wine industry eager to return to its pre-recession glory days? Or is the data, as little as there is, indicative of something that is much more complicated and whose long-term effect on the wine business is a mystery?

My guess is the latter, and I think it revolves around three things:

? The sales decline in sub-$7 wine does not mean people are buying more expensive wine. It could mean that those consumers, generally older, aren’t buying wine any more (which is a huge problem in the beer business). Are sales of 4-liter box wines, which dominate the sub-$7 price range, falling because of demographic shifts like death? If those wine drinkers aren’t being replaced by people buying more expensive wine, there is no trading up and the average price of wine will go up because less cheap wine is being sold. And, interestingly, wine consumption in the U.S. has been flat for the past several years, which suggests that those wine drinkers aren’t being replaced.

? The wine business assumes that Gen X and Millennials are buying wine the same way the Baby Boomers have. And since the business assumes the Boomers trade up, everyone else will. First, there is no reason to assume that, given how little we know about trading up. Second, if they buy wine like the Boomers, does that mean we’ll see a resurgence in white zinfandel?

? Grocery stores, which sell 42 percent of the wine sold at retail in the U.S. and could pass 50 percent. This change is unprecedented, which means no one knows how it affects pricing and what consumers buy. There’s a fascinating and very geeky discussion about this on Mike Veseth’s Wine Economist blog, but the short version? That wine is becoming a consumer packaged good, just like laundry detergent and ketchup. Will we buy wine like we buy Tide and Heinz? No one knows.

8 thoughts on “Premiumization: Are wine drinkers really trading up?”