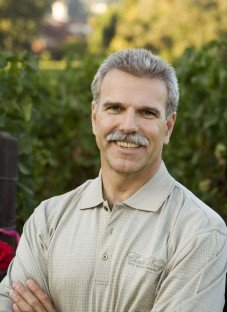 Peter Mondavi Jr. and I tasted and talked about the past, present, and future of the wine business

Last week, sitting across the table from me at a Dallas wine bar, was the man whose family encapsulates much of the history of American wine. Fortunately, I didn’t embarrass myself.

Peter Mondavi Jr. was in Dallas to work the market, the wine term for calling on restaurants and retailers to sell wine. That Mondavi – whose family was there when California started making wine after Prohibition – calls on accounts speaks volumes about how they feel about wine.

We tasted three of his wines and talked about the wine business, past, present and future:

• The Charles Krug Napa cabernet sauvignon 2014 ($32, sample, 14.2%) demonstrated that pricey Napa cabernet can still taste like wine and taste like it came from Napa. This is not necessarily the case in the 21st century, when the pursuit of scores and cult status has given us high alcohol, sweet fruit missiles aimed at the palate of the Winestream Media. Instead, the wine was rich and full but also balanced, with incredibly fine tannins, black currant and black cherry fruit, and enough oak to round everything out. Highly recommended, and especially for the price.

• Distributor consolidation, where the 10 biggest wholesalers control more than two-thirds of the market, “is a concern,” Mondavi said. Smaller producers have been cast aside as the biggest producers “rationalized” their client list, he said with a smile, and “that means smaller wineries are ever more dependent on selling wine directly to consumers, something that always isn’t easy given that many states still don’t allow direct shipping.”

• In this, there is a need to reform the three-tier system, said Mondavi, but not necessarily to eliminate it. This is a surprisingly common refrain from California producers, who appreciate the sales and supply chain services that distributors provide, but who also recognize that a near-monopoly is not necessarily a good thing. Mondavi said loosening direct shipping rules, to allow smaller wineries to send their wine to every state, would be a first step in that direction.

• And those of us who worry about the future of wine in this age of craft beer and Millennials should take a deep breath and trust what we love. “I think the wine business is fit and healthy, and the future of the wine business is very healthy and looks good,” he said. “Younger people are trying new things, experimenting more, and see wine as more natural and more artisanal, like craft beer.”

Who am I to argue with someone whose family has been doing this for more than 80 years?