Peter Mondavi Jr., regardless of anything else (and there are a lot of anything elses with the Mondavi family), knows wine. He is the son of Peter and the nephew of Robert, two men who are among the handful who have helped California wine become some of the best in the world.

So when Peter Jr. offers his perspective on the state of the wine business, as he did during a recent visit to Fort Worth, it ?s worth paying attention. Today, Peter runs the Charles Krug Winery in Napa Valley, which one part or another of the Mondavi family has owned since 1943. One of his goals? To make wine drinkers once again associate the family name with quality wine. This is something that hasn ?t happened much given the focus on the Mondavis ? various personal and financial woes ? mostly on uncle Robert ?s side of the family — over the past decade.

?It ?s incumbent upon our half of the family to show the Mondavis in as different a light as possible, ? he says. ?We want to continue the family name and heritage. ?

END_OF_DOCUMENT_TOKEN_TO_BE_REPLACED

Nouveau should smell almost like grape juice, and taste fruity and refreshing without any tannins at all — all without being sweet. This Deboeuf smells grapey enough, but it tastes thin, with very little fruitiness. It’s as if the grapes were picked too soon, before the flavors had developed.

In those respects, it is frequently everything that drives me crazy about the wine business. But dessert wine almost always gets the benefit of my doubt, because it is that much fun to drink. Pour a glass after a dinner, sniff it, swirl it around in the glass, and sip it. More often than not, it caps off the evening without recourse to over-chocolated desserts, the current chef-fusion-fruit concoction or whatever form of cheesecake is making the rounds.

Dessert wines come in a variety of flavors and styles. Some are made with fruit other than grapes, some are sparkling, and some use grapes that have frozen on the vines. (There are also cognacs, ports, sherries and Madeiras, but we’ll worry about those some other time.)

END_OF_DOCUMENT_TOKEN_TO_BE_REPLACED

Ask foreign winemakers what their biggest problem is, and the answer is almost always the same: the historically weak U.S. dollar. ?We ?re getting absolutely slagged, ? says Hugh Hamilton, an Australian whose brands include Hugh Hamilton and Jim Jim.

How bad is it? The Australian dollar was worth more than 90 cents U.S. in November, its highest level since 1984. The euro, which French, Spanish, and Italian winemakers use, is at a record high of almost $1.50. It was worth $1.17 at the beginning of 2006. Even the Chilean wine industry is noticing the difference, as the peso continues to appreciate against the dollar. It is at levels it hasn ?t seen since 1999.

END_OF_DOCUMENT_TOKEN_TO_BE_REPLACED

Welcome to the Wine Curmudgeon, overseen by Jeff Siegel. I’m a nationally known wine writer whose work has appeared in a variety of newspapers and regional and national magazines. In everything I write, my philosophy is the same: The wine industry tries to intimidate consumers instead of educating them — and nuts to that.

Q. What does that mean?

A. You won’t see wine speak here, wine scores and ratings, or hoity-toity writing that implies that I’m better or cooler or neater than you are. Because I’m not. I just drink more wine.

Q. So what will you write?

A. Common sense articles about wine, written to help you understand what’s available and what it tastes like, as well as tips and advice about buying and drinking wine. My goal? Offer the information, and let you make the decision.

A. Reviews, national and Dallas-Fort Worth area news, a discussion of trends like cute labels and high alcohol levels, the occasional metaphysical speculation about wine (is $100 wine 10 times better than $10 wine?), and an eclectic assortment of tidbits, odds and ends, and miscellanea.

Q. Where can I find the wine you write about?

A. Most of it is generally available; check with your local liquor or wine store. If it isn’t, I’ll make sure to mention it.

Q. What if I disagree with you?

A. Then let me know. Your opinions are always welcome — either by commenting on a post by clicking the comments link at the bottom of the article or by sending me an email. Just keep in mind that the atmosphere here is cordial, which means we don’t use any of George Carlin’s Seven Dirty Words. It’s not only OK to disagree — agreeing to disagree is encouraged.

Actually, pairing wine with Thanksgiving dinner is a thankless task. There is sweet food, sweet and sour food, rich food, poultry, and whatever happens to be a tradition at that particular table.

So drink what you like. It will probably match something.

? Pinot noir is the traditional wine, since it’s turkey-friendly. Mark West California 2006 ($15) is one of the few value pinots around, and it’s a pretty respectable effort. It’s fruity, but not overly so, with a touch of what wine types like to call rusticity. If you want to spend more, consider Orogeny Pinot Noir Green Valley 2005 ($30), full of red fruit and very easy to drink.

? Chardonnay, since it goes with almost anything. $8 will get you Baron Philippe de

Rothschild Chardonnay 2006, which offers a fair amount of value. It’s not white Burgundy or Napa, but it’s more than sufficient. Even more value at $20 is the bright, crisp and green apple-y Maison Verget Macon-Villages 2005. It’s unoaked, which means it’s lighter than its California cousins.

? Sparkling, which is never out of place. Availability is limited, but I really like the Greg Norman Estates Sparkling Chardonnay/Pinot Noir ($11). It’s value bubbly the way it should be. The Zardetto Prosecco Brut ($18) is much drier than most Proseccos, and has a bit of chardonnay to give it some oomph. Surprisingly good.

In 2006, almost one out of every four wine dollars was spent on chardonnay. That not only makes it the top-selling varietal in the U.S., according to The Nielsen Company, with almost twice the sales of cabernet sauvignon, but puts chardonnay so far ahead of every other white wine that it’s kind of spooky.

How has this happened? Some of it, certainly, has to do with pronunciation. Chardonnay is easier to say, which means it gets ordered more often in restaurants. Some of it is style. Not only is most chardonnay fruit-forward and easy to drink (with less citrusy flavors), but it’s consistent There are differences between producers and regions, but chardonnay is pretty much chardonnay regardless of who makes it and where it’s from. That isn’t true for pinot grigio and gris, for example, where it’s sometimes difficult to believe the Italians and Alsatians use the same grape.

But that doesn’t mean you need to drink chardonnay all the time. The next time you reach for the usual, think about one of these:

• Gainey Riesling 2006 ($10). I was pleasantly surprised by this California label, which is just a touch sweet (or, as it’s called in the trade, off-dry). It has riesling’s characteristic floral aromas, with a bit of peach-like flavor. Serve this chilled with spicy Chinese or Thai food, and it should even work with roasted turkey.

• White Knight Viognier 2006 ($13). Viognier, a Rhone grape often used for blending, has had fair success as a varietal in the U.S. This California wine is dry, but very soft without any harsh tannins or oak. Look for the orange-ish bouquet and a peach pit kind of finish. Serve chilled with chicken braised in white wine, using this for the wine.

• Mulderbosch Chenin Blanc 2006 ($17). This dry white from South Africa, which is fruitier (think tropical flavors) than its French counterpart and doesn’t have the earthy funkiness that plagues so many South African wines. Serve it chilled with roast pork loin and apples.

Tired of wine that costs more than it's worth? Looking for cheap wine that's tasty and a value? Then click here, fill out the form, and get the Wine Curmudgeon in your mailbox every day. 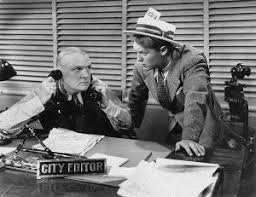