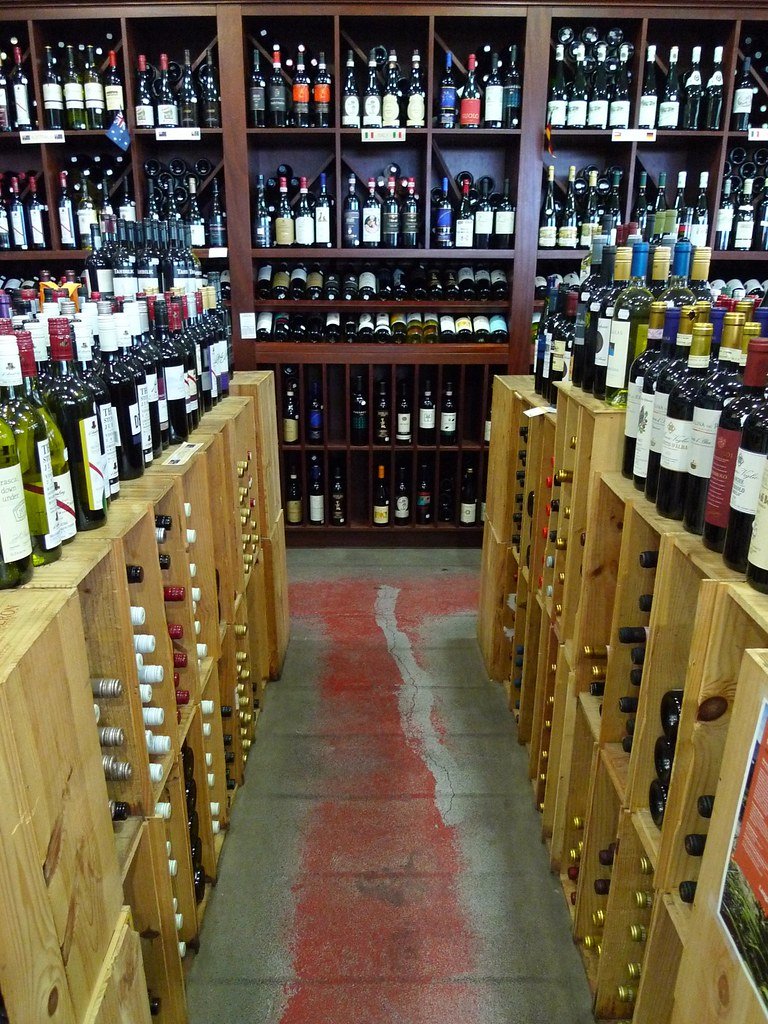 This edition of Ask the WC: How do I buy a wine gift when I know nothing about wine? Plus, what exactly is supermarket wine and why do the blog ads look so bad?

Dear Wine Curmudgeon:
I know nothing about wine, but I need to buy a colleague some wine for his retirement party. A friend who reads you said you could help. All I know is that he likes red wine — and we can spend between $50 and $70 a bottle.
Don’t know much about wine


Dear Don’t:
Thank your friend for sending you to the blog. I’d find a good local shop and asking them to recommend one of two wines: Either a Kermit Lynch-imported French red, if he likes French wine, or a Montelena or Stag’s Leap cabernet sauvignon if he prefers California. Kermit Lynch is not only one of the  world’s great importers, but their wines are as much about value as quality. And the two California producers combine New World style with Old World sensibility.

Hey, WC:
You’re always writing about “supermarket wine,” but you never really say what it is. So what is it?
Supermarket shopper


Dear Supermarket:
Supermarket wines are usually made by the biggest producers and are mostly sold in supermarkets and large retailers. You probably won’t seem them in neighborhood and independent shops. So labels like Barefoot, Josh Cellars, and Woodbridge are supermarket wines.

Hi, Wine Curmudgeon:
Why do the ads on your site and the email look so big? Can’t you make it look less tacky?
Good taste

Dear Good:
I’m limited in what I can do, since it’s just me and I’m at the mercy of the services I use for the ads and the email. But not to worry — big changes are coming soon to the blog, and the ads are going away.

Photo: “Liberty Wine Shop” by Ruth and Dave is licensed under CC BY 2.0 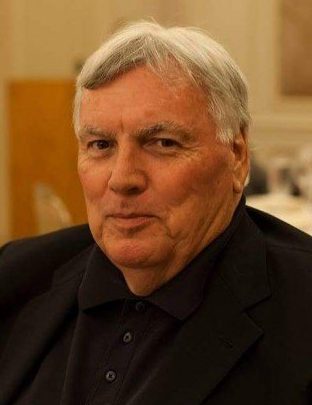 Robert Whitley and I once spent a delightful spring lunch in Bordeaux arguing the merits of California wine. We were enjoying the discussion so much that a wine writer at another table leaned over and said, “Will you guys please keep it down?”

Robert, who died over the weekend after a brief bout with cancer, will be much missed.

He was a tireless and passionate advocate for California wine, as our Bordeaux adventure demonstrated. But he was also a pioneer in post-modern wine writing, with a syndicated newspaper column, one of the earliest ventures on the Internet with Wine Review Online, and the director of four important international wine competitions: San Diego International Wine and Spirits Challenge, Critics Challenge, Sommelier Challenge, and Winemaker Challenge.

But what Robert should best be remembered for is his consideration for other wine writers. This is not always common in our business; one of my wine writing friends recently told me that she was quite tired of the way too many of us disparage each other so we can make ourselves feel more important.

I never saw that with Robert. If he disagreed with you, he told you so – no whispers in the corner. He treated me with the utmost respect, even though our wine worlds often didn’t have much in common. I was a regular judge at the Critics Challenge until the pandemic, and it was always one of my favorite events. Unlike many competitions, where the judges are treated like a boil that needs to be lanced, we were treated like we mattered. We were even paid – not some “gratuity,” but real money that showed that Robert knew our time was valuable.

One final story: Around the time I started the blog, we were having dinner during a writer’s trip to Spain. Robert told Janet Kafka, one of the preeminent wine publicists of our time, that he wanted to buy the group a bottle of wine. Janet, because she is Janet, would have none of that. It was her trip and her party, and Robert was not going to pay for anything. I don’t remember if Robert paid for the wine; I just remember what a kick we got out of his offer and the way he kept insisting he wanted to buy it.

South Africa’s Graham Beck sparkling wines have long offered value and quality. But like many South African wines, availability has sometimes been a problem. That has especially been the case in the past couple of years, no doubt because premiumization made them seem too cheap and consolidation made it more difficult to get them on store shelves.

So it was with great joy that I scooped up the Graham Beck Cap Classique Brut ($15, purchased, 12%) when I found it on a store shelf. Sparkling wine at this price does not get much better, even if it’s one of my beloved cavas.

Look for tight bubbles, enough fruit so that it’s noticeable (green apples and lemon?), some minerality, and just enough creaminess for people who like that sort of thing in their sparkling wine. Even better, it doesn’t have any of the things that too many bubblies at this price pass off as acceptable – extra sweetness, a bitter finish, and big, sloppy bubbles.

Highly recommended, and especially with The Holiday that Must Not be Named taking place next week. A candidate for the 2022 Hall of Fame, and almost worth considering, despite the price, for the 2022 Cheap Wine of the Year.

This week’s wine news:  Uber buys booze delivery service Drizly ($1.1 billion!), plus tannins may work against Covid-19 and yet another terrific wine lawsuit

• Uber-Drizly deal: And yes, the exclamation point in the subhed is warranted. Some five years ago, I interviewed one of Drizly’s co-founders, Nick Rellas, and $1.1 billion was about the last thing on his mind. We spent much of the time talking about how Rellas started the company by delivering booze for a Massachusetts liquor store to get an idea about how delivery worked. But there it is, one year into the pandemic — the company is worth $1.1 billion to Uber, the ride sharing and delivery service. The wise guys and analysts can debate and pontificate about the deal as much as they want, but that an alcohol delivery service is worth that much money in a country where alcohol delivery is still illegal in many places is difficult to believe.

• Bring on the tannins: One more reason why health news is banned from the blog, save for stories to show why it is banned from the blog: Taiwanese researchers claim that tannins in wine can help fight Covid-19 by inhibiting the activity of two key enzymes within the virus. This is, of course, exciting news, save for one thing: How are we supposed to get tannins into Covid-19 patients?

• Let the lawyers loose: The Wine Curmudgeon has long had an almost Pythonesque fascination with wine lawsuits, the sillier the better. So consider this: Rapper Drake is suing two retailers for discounting his $400 Champagne. The details are — pun fully intended — priceless, with the rapper and his partner alleging conspiracy on the part of the retailers and the brand’s former distributor. Their goal? To destroy Drake’s bubbly top benefit the competition. The WC has just one question: How surprised was Drake that the wine business was just as nasty as the record business, which is infamous for being nasty?

Photo: “uber” by stockcatalog is licensed under CC BY 2.0

Yes, it’s pricey, but the Besserat de Bellefon is Champagne the way it should be

The Champagne business is suffering during the pandemic. A couple of weeks ago, it reported that sales fell by some $1.2 billion in 2020, dropping 18 percent in volume. Who would have thought?

Hence, the Besserat de Bellefon Blanc de Blanc Grand Cru ($90, sample, 12.5%) – and just in time for The Holiday that Must Not be Named.

The Besserat’s price is purely a function of premiumization; Champagne has managed to avoid the Trump wine tariffs. The region’s sales decline is a function of this surge in prices, as well as the pandemic’s hit on restaurant wine sales. Not many of us want to spend this much money on a bottle of Champagne for dinner at home.

The Besserat’s quality has nothing to do with premiumization. This is top-notch sparkling wine from the Champagne region of France, offering everything one would expect of a high-priced bubbly. Look for some citrus and floral notes mixed with the almost toast-like aroma that high-end Champagne is known for. The fruit is a little softer than chardonnay; thank red apple and stone fruits. The bubbles, of course, are quite tight..

It’s not often I get to taste a wine that costs this much, but the Besserat de Bellefon was worth waiting for.

Good news for cheap wine: New importer may bring back all of Falesco Vitiano wines to the U.S.

Italy’s Falesco Vitiano, one of the all-time great cheap wines, may soon be selling all of its labels in the U.S. I’m still waiting on official confirmation from the producer’s new importer, Trinchero Family Estates. But a Trichero spokeswoman said this week that the Falesco wines would be included, and it doesn’t make much sense to only add one of the three Vitiano wines.

Because that’s what happened in October, when then importer Winebow dropped the Vitiano white and rose. That was a shocking blow to those of us who care about cheap wine. The Vitiano had been in the $10 Hall of Fame since its inception, and the brand won the best cheap wine poll in 2013. The red, white, and rose are everything great cheap wine should be – in fact, what great wine at any price should be. That means varietally correct, terroir-driven, and interesting.

The Cotarella brothers, whose family-owned company makes Vitiano, are winemaking legends. One of the great moments in my wine writing career came in 2008, when I interviewed Riccardo Cotarella and we talked about the need for great cheap wine.

Apparently, the old importer didn’t see enough demand for the white and rose to make bringing them into the country worth the trouble. In addition, it didn’t seem that Winebow was importing newer vintages of the reds — most of what I could find was 2016 and 2015.

And, apparently, the producer disagreed. Though the winery didn’t respond to an email asking about the changes in October, it does seem that the switch to Trinchero could be tied into the cuts. This has been happening repeatedly over the past decade, with producers dropping their long-time importers. See this and this.

This is a test post to check the capacity of our newest feature, premium reviews, news, and other services. The text below is all filler material meant to test the system. Please disregard.

If you’ve gotten this far, the text above is all Latin meant to test the layout and other features.