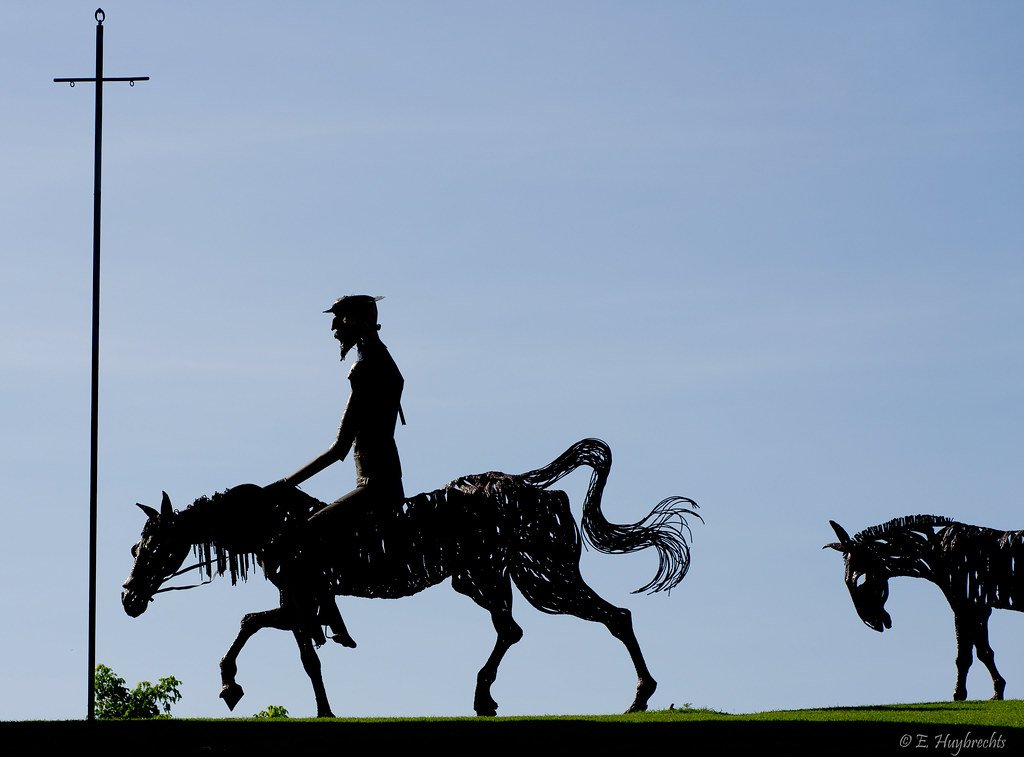 The WC feels like Don Quixote in the wake of the European wine tariffs — chasing the windmills of cheap wine.

Where we are with the 25 percent European wine tariff, and where we may be going

A few thoughts after talking to a couple of dozen people – importers, distributors, retailers, and producers – about the 25 percent European wine tariff (and most asked not to be named, citing the nature of the dispute):

• How long will the tariffs last? Almost all I talked to were pessimistic – one official at an important New York importer said he was an optimist, which meant 12 to 18 months. “And that’s because I’m an optimist,” he said. “Others are telling me the tariffs will be here forever, because who lowers taxes once they’re imposed?” In this, he told me, the tariffs will almost certainly change the way Americans buy wine. This was echoed by an employee of one of the biggest distributors in the country and a prestigious Dallas retailer. If $15 French and Spanish wine suddenly costs $20, who will buy it? They’ll just switch to another $15 wine

• Will anyone “win” this part of the U.S.-E.U. trade war? If winning is scoring political points, then the Trump Administration is having a victory party. And I have no doubt Jackson Family Wines is celebrating, as short sighted as that might be. But if winning is solving a problem, then no one has won and almost no one will win. As a former newspaper colleague of mine, a respected South Carolina political writer, said recently: “Tariffs are a mug’s game.” These were imposed as punishment for something that happened 14 years ago, and it’s difficult to see how taxing British wine will solve an aircraft parts dispute.

• When will prices go up? The tariff only affects wine imported after Oct. 18, so if it’s already in the country, we’re probably safe. The New York importer said his company will raise prices on wine brought in after Oct. 18 in the next 30 to 60 days. On the other hand, a Dallas retailer told me his very large chain is trying to figure out a way to absorb some of the increase for less expensive wines, since it doesn’t want to see them priced out of existence. He said large retailers, thanks to economies of scale, might be able to work around some of the the tariff’s effects.

• What’s the Wine Curmudgeon doing? Trying not to panic. The blog’s reason for being is cheap wine, and much of the world’s most interesting cheap wine comes from France and Spain. Price that out of reach, and I don’t have much to write about, do I? I can still count on Italy, and I’ve spent considerable time in local retailers looking for wine from countries not affected by the tariff. The good news is that I stumbled on a $10 Chilean pinot noir and a $10 South African white blend. The bad news? That doesn’t make 52 wines of the week. And availability is almost certainly going to become even more uneven than it is now, and we know how uneven it is now.

Drawing: “Don Quichotte” by Manu_H is licensed under CC BY 2.0

3 thoughts on “One week in: The 25 percent European wine tariff”