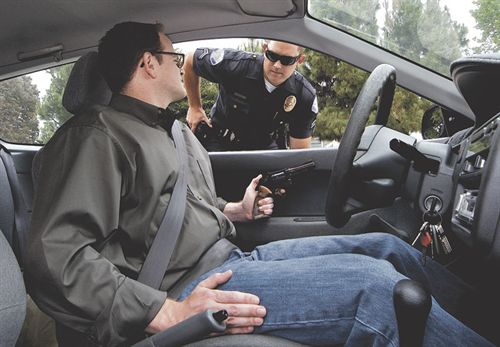 Canadians get a taste of U.S. three-tier laws in the Free the Beer case decision

The Canadians have always seemed so much more sensible than those of us south of the border. In fact, many of my Canadian readers delight in pointing that out – our politics, our devotion to four-down football, and our liquor laws. So how to explain the decidedly U.S.-style legal decision last week in Canada’s infamous Free the Beer case, where the dominion’s top court said laws similar to the U.S. three-tier system are OK in their country?

Or, as the blog’s unofficial Canadian correspondent wrote: “And the court’s decision was unanimous, no less. It’s ridiculous. I have a cabin in British Columbia and I always bring my Alberta-bought beer and wine with me since prices in BC tend to be much higher. I guess I’m officially a bootlegger now.”

To which the Wine Curmudgeon can only smile and say, “Welcome to the club.”

The Free the Beer case revolved around a New Brunswick law that limits the amount of alcohol that can carried across its provincial borders. In 2012, Gerald Comeau was stopped and fined for bringing more than the 12-pint limit of beer from neighboring Quebec, where beer was less expensive.

In other words, just like a host of U.S. laws. It’s not unusual for state troopers at the Texas-Oklahoma line, for example, to stop cars for beer checks – to see if motorists are bringing beer from one state into the other in violation of the same sort of law in the Free the Beer case.

Comeau’s argument will sound familiar to any U.S. wine drinker frustrated at the inability to buy wine in another state because of three-tier. His lawyers argued the New Brunswick law violated their client’s constitutional rights because it conflicted with a section of the constitution that says Canadian goods shall “be admitted free into each of the other provinces.”

In other words, the same argument used in the U.S. to challenge similarly restrictive laws, citing the commerce clause of our constitution. And which usually fail.

Which is the same thing that happened here. Canada’s Supreme Court ruled that the country’s provinces can regulate liquor any way they want, regardless of federal law, given the provinces’ autonomy under the Canadian constitution. I laughed when I read it: It’s practically a word for word reading of many U.S. three-tier decisions.

So listen up, Canada. Here’s what you have to look forward to: No Amazon wine. No Internet wine at all, in fact. Probably increased restrictions on direct shipping from Canadian wineries. Plus higher prices and less competition.

Wrote the blog’s unofficial correspondent: “For years, the Mounties would have a check stop on the May long weekend in BC and pull over any car or van full of young people from Alberta. They would take all their Alberta bought booze and pour it out on the side of the road. I can still remember the looks of dejection on their faces. I thought those days were over.”