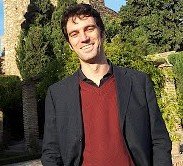 Stefano Castriota: “The key is not whether higher quality implies higher prices, but rather whether it boosts profitability, and it does not.”

No one was more surprised than the Wine Curmudgeon after my email chat with Stefano Castriota, whose working paper about price and quality (“Does Excellence Pay Off? Quality, Reputation and Vertical Integration in the Wine Market”) was recently published on the American Association of Wine Economists website.

“How can you say if price and quality match?” he wrote me. “You can only see whether they are correlated. And they are, in my research and in the previous literature. The key is not whether higher quality implies higher prices, but rather whether it boosts profitability, and it does not.”

In other words, premiumization – the biggest wine trend in the past decade – may be leading the U.S. wine business in the wrong direction. U.S.  producers have been spending hundreds and hundreds of millions of dollars to make more expensive wine in anticipation of higher profits, because U.S. wine drinkers are supposed to be abandoning cheap wine for something they perceive as better.

Castriota, who teaches at Italy’s University of Bolzana, did find that improved wine quality leads to higher prices. But he also discovered that higher quality is irrelevant when it comes to profitability.

“I was expecting these results,” Castriota wrote me. “The outcome of this research did not surprise me, but surprised many others. Most people – both in the academic and in the business sectors – look only at the advantages of excellence, but do not consider the costs/disadvantages. Many entrepreneurs end up over-investing in quality and reputation.”

Producers spend so much money to achieve higher quality – more expensive land, higher-priced grapes, better technology, increased marketing, top-notch winemakers – that they don’t necessarily make the same return on their investment as cheap wine producers, who don’t do any of those things.

The latter just sell more wine: “Being able to sell the wine is more important than producing good wine,” Castriota said in an email. “This is why in my analysis the firm size is the most important driver of profitability.”

The bigger, the better

That’s because the “issue is business scalability, the possibility to increase production once you achieve excellence,” Castriota wrote. “If you spend a lot of money and invest huge capitals to become famous, but cannot increase the supply, firm profitability can be low or even negative. In the restaurant sector is the same: hiring the most famous chef and interior designer and buying the best raw materials is expensive. You have surely higher revenues, but also higher costs and capital invested. In the end, with respect to the capital invested, are you more or less profitable than a whatever medium-level restaurant?”

The caveats now: First, the study measured wine quality using ratings from Italy’s Veronelli, a leading wine guide. We’ve noted here the tenuous link between critical ratings and wine quality. Second, the Italian wine industry is not exactly like ours, and U.S. and other New World producers may not be as constrained as those in Italy. Having said that, Castriota emailed that it would be reasonable to expect the same results “or something similar. We don’t know until we see some study with other data.”

“If you succeed in selling bottles at $50 or $100, you make a lot of money, but for every very profitable firm there is another one which is losing money,” he emailed. “On average, looking at the data, I did not find any significant return of excellence, which is very expensive. [A]chieving quality and reputation is not a necessary condition to become profitable because the costs and the required capitals increase a lot.”