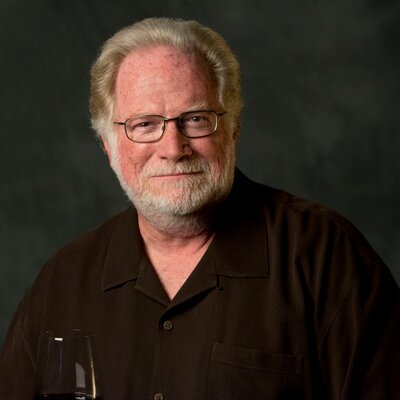 Jim Caudill was a consummate professional, as well as a hell of a nice guy. How do you say goodbye to someone like that?

Jim Caudill was a professional, and I can’t think of higher praise for someone who does what we do. And I can’t believe I’m never going to talk to him again.

But Jim died over the weekend, and so I won’t.

I’ve known Jim since I wrote about wine for a Fort Worth newspaper. He did marketing at Hess, Brown-Forman, and most recently at Treasury Wine Estates. At each, he always returned phone calls and emails, always gave an honest answer to a question, and never once complained if I wrote a review that didn’t fit the company line. Jim would just send me another sample. How is someone like that going to be replaced?

Three things – among very many – stand out:

• Jim knew the ins and outs of how Big Wine worked, whether it was the complexities of pricing or how to sell lots of wine in supermarkets. And he was happy to share his knowledge with me. I have an email, and I’m looking at it now, that he sent for a story I’m trying to get a handle on. I took many PhD seminars the wine business from Jim, and just because I was curious.

• When Treasury released its 19 Crimes virtual reality wine labels, Jim emailed me. This is a great story, he wrote. We’re doing something that no one else is doing. Jim, I wrote back, I don’t like the wine, and I don’t think wine should be sold because of the label. Yes, he emailed me in return. But I figured you would have a more open mind about something as intriguing as this. And he was correct – I should have had a more open mind and not dismissed the labels because I was feeling cranky.

• Jim was in Dallas to attend a major wine event when he worked for Hess, sponsored by one of the big wine magazines. We met for a glass of wine beforehand, and he asked if I was going to the tasting. He could even get me in. “Jim,” I said, “the tasting will be full of over-priced, snooty wine and over-priced and snooty people. Why would I want to go?” Later, I asked Jim how the event went. He laughed. “Remember what you told me?” And then described a woman who came to the Hess table, saw it wasn’t expensive enough, and walked off.

In all of this, Jim Caudill was a nice guy, and we don’t have nearly enough of those in the wine business. So long, my friend.

There’s a Go Fund Me page in honor of .Jim and his Sonoma County property, Windborne Farm