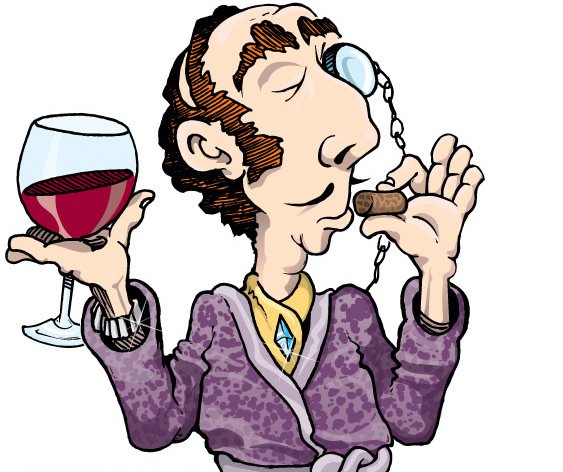 “Confused by wine? Of course not. I’m so much smarter than the rest of you.”

The grocery store Great Wall of Wine is a wine myth, consumers are not confused by wine, and the Wine Curmudgeon has been wasting the last 20 years of his life. That’s the conclusion of a recent working paper in the Journal of Wine Economics, which found that wine drinkers don’t have too many choices and know exactly what they want to buy.


Hard to believe? Certainly, and that’s because the study left a lot to be desired. It was conducted among customers of a small chain of high-end wine shops in the northeast, who don’t seem very representative of wine drinkers in the rest of the country. For one thing, one of the stores is in Manhattan, where grocery stores can’t sell wine. For another, the stores have a much more limited selection than large chain retailers and supermarkets, as few as one-third of the wines of a typical Total Wine. Finally, more than half of the consumers in the study identified themselves as high-frequency wine drinkers, which puts them in the minority of U.S. wine consumers.

In other words, this survey was like asking men if they had ever been turned down for a raise or denied a promotion because they were women, and then reporting that job discrimination against women didn’t exist.

And I’m not the only one who noticed this. Becca Yeamans-Irwin, who writes the Academic Wino, said that “I am not too keen to accept [the results] with much confidence. While the concept of the study was certainly fascinating and has the potential to be useful in the wine retail/marketing setting, there are several problems with this study that negate my ability to say with confidence that choice overload does not exist in the general wine retail setting.” She cited, among other things that involve more math than I understand, a too small sample size and that the respondents were not representative of U.S. wine drinkers.


Nevertheless, one of the best wine bloggers in the country wrote that the study showed “the overwhelmed wine consumer is mostly a myth,” and I wouldn’t be surprised to see this report show up when the usual suspects want to beat down those of us who say wine needs to be easier.

In which case, I will remind them of what I learned from the legendary Richard Hainey, who regularly took a bunch of snotty college students and taught them how to be good reporters. Just because someone says something is true doesn’t mean it is true, Hainey told us, and it’s your job to ask enough questions to find out if it really is true. Would that more wine writers knew how to do that.

4 thoughts on “Is the confused consumer a wine myth?”