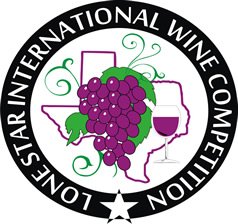 Texas wine may be approaching a crossroads, something that was evident during the 31st annual Lone Star International wine competition this week. That’s because some of the best wines at the competition weren’t Texas, but included California wines sold by Texas producers. Which is not supposed to be the point of what we’re doing here.

Years ago, when a lot of Texas wine left much to be desired, what happened this week wasn’t unusual. Or, as I told the competition organizer when I first judged Lone Star in 2005, “Give us better wines, and we’ll give you gold medals.”

Given the revolution in Texas wine quality and production over the past decade, I had hoped those days were gone. But the uneven quality of many of the wines I judged, this year and last, has me wondering. Has Texas wine reached a plateau, where quality isn’t going to get any better given the state’s resources and climate? Or is something else going on?

After the jump, my take on what’s happening:

Texas wine is better than it has ever been, with more top-flight wineries making more terrific wines, and the best Texas wines at Lone Star showed that. The 2013 McPherson rose, named best rose, is everything a pink wine should be — cheap, fruity, fresh, and crisp, and all Texas. Grape Creek’s 2013 viognier, a gold medal winner, displayed classic Texas style, showing what can be done when a Texas producer has to improvise and use California grapes when there aren’t enough Texas grapes. Also impressive: the 2011 Duchman tempranillo (gold), 2013 Fall Creek sauvignon blanc (gold); and 2012 Pedernales GSM, a red blend (silver), all made with Texas fruit.


But the industry most overcome a variety of obstacles if it’s going to continue to improve:

? There are too many wineries, 300 or so, and not enough grapes, only about 4,400 acres. By comparison, Napa Valley, with 500 wineries, has 43,000 acres of grapes. That math makes consistent wine quality difficult even when the weather cooperates, since there are so few grapes to go around.


? And the weather doesn’t cooperate often enough. There were almost no Texas white wines in 2013 because a late freeze killed most of the grapes. Hence we judged relatively few 2013 Texas wines at the competition, and many of the older wines producers entered because they didn’t have 2013 wines had seen their best days.

? State money for grape and wine agricultural extension programs, which other crops have, and to encourage farmers to plant grapes, which need less water than other west Texas crops, ended in 2011, victims of Rick Perry’s political ambitions. Even many less important states do much more for their industry than Texas does.


Texas may be where California was in the 1970s, but not necessarily headed in the same direction. That’s when California was a minor part of the wine world, and carignan and not cabernet sauvignon was that state’s most planted red grape. But California transformed itself by focusing on quality, on planting the best grapes for the climate (chardonnay was also little known in California 50 years ago), and working together to sell the idea of California wine. Robert Mondavi is a legend not because he sold a lot of Mondavi wine, but because he understood that every bottle of California wine that a consumer bought, Mondavi or otherwise, benefited every winery in California.

Yes, Texas has finally figured out which grapes to grow, and quality has improved dramatically. But we need more — more research, more grapes, more marketing, and more cooperation. We need the state to take wine and its $2 billion of economic impact as seriously as it takes football. If a Dallas-areas school district can waste $60 million on a stadium that can’t be used, can’t we find the $4 million the wine industry lost in 2011? Anyone who doubts the role Texas wine plays in job creation should spend a weekend in the Texas Hill Country, where some two dozen wineries line Highway 290 and where 20 years ago there was one motel.


There are terrific wines and wineries, but there aren’t enough. We still have too many producers who figure climate doesn’t apply to them and who don’t appreciate Mondavi’s perspective. The next winery owner who says, “I like big, bold red wines, so that’s what I’m going to make here,” and which I hear constantly even though Texas is famously unsuited for big, bold red wines, should be required to taste his wines blind against similarly-priced big, bold reds from the parts of the world that are suited for them. Maybe then we can get past this crossroads.

11 thoughts on “Is Texas wine at a crossroads?”