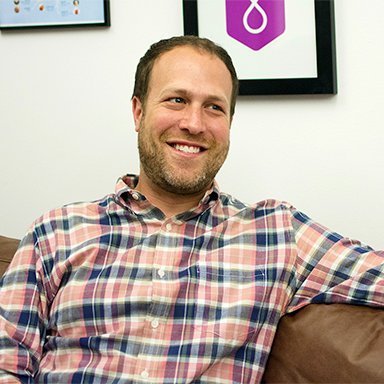 Teeter: Pay to play is the scourge of beverage journalism.

We need more transparency among wine writers and wine critics – and I’m not the only one who feels that way.

“It’s something we’ve always been talking about, among the staff,” says Adam Teeter, the co-founder of the on-line wine, beer, and spirits magazine VinePair. “And we thought it was time to start talking about it again.”

“We call it book report journalism,” says Teeter, who also teaches at Columbia University’s prestigious journalism school. “It’s like when you wrote a book report as a kid, and you just rewrote what was in the book. The writers just rewrite what they’re told on the trip.”

I called Teeter to talk about this because transparency has always been a problem in the wine writing business. Yes, there has been progress, like most sites and reviewers acknowledging when they’re reviewing samples. That’s something that didn’t happen when I started the blog. But as technology has evolved, so has marketing, and the problem may be worse than ever. On one of the last trips I took, I was told what I could write – something no one had ever done before (and which I ignored). But many others are happy to write what they’re told, and that’s probably why I don’t get invited on trips any more.

As Teeter noted on the VinePair site: “Well, there’s a scourge in the beverage journalism world, and it’s called ‘pay to play.’ Whether it’s brands getting guaranteed coverage or even inflated scores by taking wine critics on elaborate trips, or just a spot on someone’s [Instagram] story through sending them some sample bottles, it’s an ugly side to this industry that rarely gets talked about.”

So the podcast talks about it, in detail. “The amount of free stuff out there is insane,” Teeter told me, and he used the word insane three times during our brief conversation to describe a world where producers see an Instagram post as marketing nirvana. It costs nothing, save for the sample, and it makes the person posting the Instagram feel like a big deal. In other words, it’s infinitely more brand friendly than dealing with a cranky ex-newspaperman like me.

The good news for wine drinkers is that beer, which has almost no history of criticism, is probably the worst for pay to play. We may harp on the biases of the Wine Magazines, but it’s not like beer, where a beer company subsidiary owns a leading beer ratings website.

So the next time you see a surprisingly favorable wine review, don’t be surprised – it may have been pay to play.

7 thoughts on “Is “pay to play” wrecking wine criticism?”