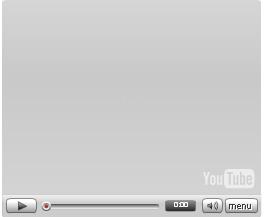 Quite a bit, actually, if a book called The Wine Trials is to be believed. Robin Goldstein, a very personable fellow, put together tasting panels last spring in several cities, including Austin. At the various panels, 500 volunteers tasted 540 wines blind, ranging from $1.50 to $150.

Blind means they didn’t know what they were tasting. This, says Goldstein, explains why a $10 Washington state sparkling wine outscored a $150 Dom Perignon.This is what happens when you “get past the jargon and pomposity of wine writing,” says Goldstein. “People shouldn’t have to apologize for serving cheap wine.”

There is much to what Goldstein says, which is something that the Wine Curmudgeon has always believed. Wine drinkers are intimidated by price and by label — and by score, which takes into account price and label. In fact, I was a taster at the Austin event, mostly because I wanted to see if Goldstein would be able to pull this off.

The group in Austin was mainly younger, and most of them didn’t drink wine for a living. In this, they had many of the prejudices that Goldstein was trying to demonstrate. (As opposed, of course, to professionals, who are completely unbiased all the time.) The group at my table was reasonably knowledgeable about varietals, styles, and regions, but bought wine by price and by score.

Most of the wine we tried tasted like ordinary, grocery store stuff. Professionally made, certainly, but nothing special. Most of them were fruit forward, which means the first flavor in the wine was a big dollop of fruit. This is a style that my table loved, and I think it surprised them that they liked it as much as they did.

But there was an even bigger surprise. At the end of the day, we were allowed to peek at the wine that the table had enjoyed the most. We had given the highest score to an incredibly fruity cabernet sauvignon that I was convinced was Yellow Tail — the omnipresent Australian import that sells millions of cases but that no one with any taste will have anything to do with. I mentioned this to several others, and they all downplayed the idea. They knew their wine better than that.

And, in fact, it wasn’t exactly Yellow Tail. But it was damn close — a Yellow Tail knockoff from California called Big Yellow Cab. Sure looks like Goldstein was right, doesn’t it?