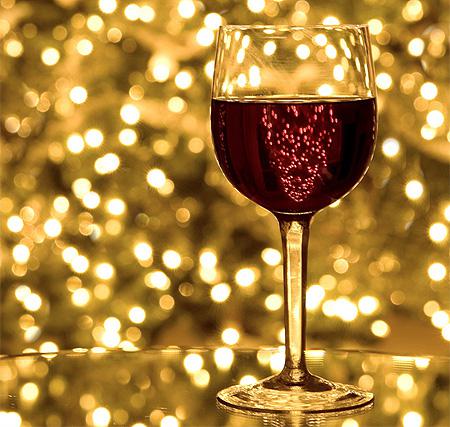 We’re willing to spend more money for holiday wine in 2017, but don’t try fobbing us off with overpriced crap

We’re willing to spend more money for holiday wine in 2017, but – and am I the only one surprised by this? – we don’t want to overpay. And, in as good a bit of news as I can imagine for holiday wine trends 2017, the younger among us are willing to buy something that isn’t chardonnay, merlot, pinot noir, and cabernet sauvignon.

“Consumers are ahead of producers in terms of quality, and they catch up to the idea of quality pretty quickly,” says Michael Warner, who owns Dcanter, a wine shop in Washington, D.C. “They’re willing to try something else, something different, but only if the price and quality is right.”

In fact, these younger wine drinkers are fussy about quality and price, and they aren’t willing to be fobbed off on something they consider inferior wine just because it’s different. Which is why I think this is such good news. They want wines from regions and made with grapes that their parents and grandparents aren’t interested in, and that includes wine from eastern Europe, the Mediterranean, and the southern Hemisphere.

How prevalent is this attitude? Michael Osborn at Wine.com, the largest Internet wine retailer in the country, says the site now sells wine made from almost 100 varietals. This is much larger than just a few years ago, and includes grapes like albarino, which no one has paid much attention to until the past couple of years. What makes the Wine.com numbers even more relevant? Its customers aren’t as old as the traditional U.S. wine drinker – two-thirds are younger than 50.

Several other trends after talking to a variety of retailers about holiday wine 2017:

• The most popular price this holiday season? The range from $15 to $25, as consumers don’t mind spending money to buy a better bottle of wine. The catch, though, is that they will only pay if it’s a better bottle. We’re not trading up just to trade up.

• Rose remains popular, with sales continuing to increase everywhere, including Wine.com. So do pinot noir and sweet red blends.

• Champage is regaining some of its popularity, but Prosecco – the Italian sparkler that’s about one-third the price and a little sweeter – remains the best-selling bubbly category in the country.

• One reason younger wine drinkers opt for non-traditional wines is value. Customers at New Orleans’ Pearl Wine Co. love a South African cinsault blend, says owner Leora Madden, because it offers so much more value than the $12 price. At Dcanter, says Warner, someone who wants to buy a red Bordeaux will leave with a red from the much less known and much less pricey Cahors region.

One thought on “Holiday wine trends 2017”